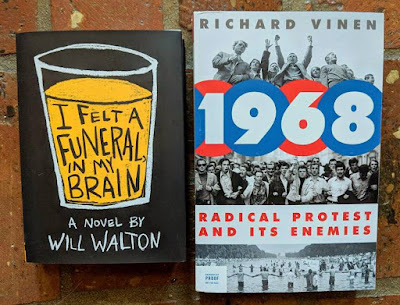 1968 is a year I've been reading about in other books, lately, so I jumped at the chance to read more when 1968: Radical Protest and Its Enemies became available for request. I'm looking forward to reading more about the year.

I finished Don Quixote!!! Yippee!! As Tina said, now I can return to regularly scheduled programming. More importantly, I've finally made it through a chunkster classic that I've been trying to conquer for decades. Woot!


Except, I haven't touched either book in almost a week. So, that should say, "currently have bookmarks between their covers". I'm planning to start a beachy read, tonight, also. Jenny mentioned that my reads have been awfully heavy for summer (good point - the latter book is a memoir of domestic violence) and I decided she was definitely right about that. So, I hope to lighten up the reading a bit by adding a beachy read and maybe a middle reader that's on the stacks.


So glad I was able to pre-post two reviews. That really helped allow me to relax and focus on finishing up Don Quixote. At the moment, 5 unreviewed books remain (all of which I've just gotten started, in some way, even if only to open a new post and add the cover image). I may double up on reviews to get those out of the way, this week, because I love the sensation of being all caught up. 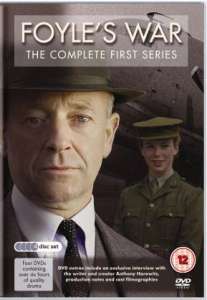 I'm still watching episodes of Psych, now and then (now on Season 3) but Huzzybuns and I have also begun watching Foyle's War from the beginning. I've always liked Foyle's War but felt like I was missing something and, sure enough, it's much better in context -- watching the series in order really makes a difference. Now, I've seen Sam arrive, heard why Foyle needed a driver and why his driver is not a police officer, seen his son Andrew go off for training and nearly get framed for something his superior officer did. I know that Foyle didn't want to stay in Hastings (in fact, I don't know if he remains in Hastings -- if so, I never realized that's where the series was set). And, we're seeing the events of the war unfold in order. It makes so much more sense when you watch this series from the beginning.

Psych is still fun as ever. I watch an episode when I'm in the mood for an upper. Foyle's War episodes are much longer and more of a time investment, so we have to plan the viewing rather than just turn it on randomly.

I haven't watched any Dr. Who in weeks. That's mostly because the last episode I watched was particularly boring -- so boring that it totally drove me away. Maybe I need to just go back and skip past that episode. I'm really looking forward to getting to the Tom Baker years. Tom Baker was my introduction to Dr. Who and he will always be my favorite.

What are you reading and watching?


©2018 Nancy Horner. All rights reserved. If you are reading this post at a site other than Bookfoolery or its RSS feed, you are reading a stolen feed. Email bookfoolery@gmail.com for written permission to reproduce text or photos.
Posted by Bookfool at 12:45 PM