Everything I read in August (in brief) 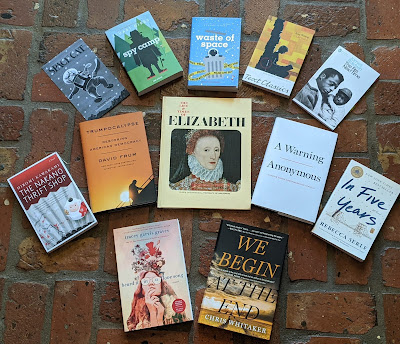 I don't have a working color printer so the printout of the Space Cat cover, at upper left, should have been blue but you work with what you've got.