New on my shelf

I bought several books over Thanksgiving break and one arrived by mail. Here's what I got: 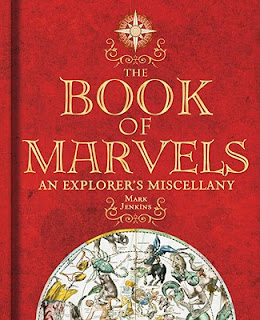 The Book of Marvels: An Explorer's Miscellany by Mervyn Peake came from Hastings Books & Music in Conway, Arkansas. I love that store. It's been one of our "stop and stretch" points on the trip home to Oklahoma for well over a decade and I was especially excited to visit the store because I'm spending almost zero time in bookstores since the demise of Borders.
When I picked up this beautifully illustrated volume, I was immediately captured. It's subtitled, "An Explorer's Miscellany" for good reason. The writings look to be quite a hodge-podge with excerpts dating as far back as the writings of Herodotus. I'm going to really enjoy digging into this book. 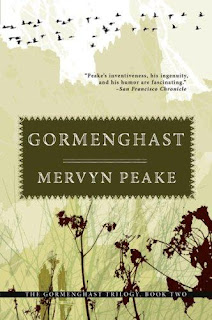 Gormenghast by Mervyn Peake is a book I've read about, but I don't know where or when. I just recall reading about it and thinking, "Hmm, maybe someday." So, when I found a copy on a table full of remainders, I flipped through it. The writing looks a little intense, but sometimes I like a good challenge. We'll see how that goes, when I get around to reading.
As always, I read a few random passages. The beginning looked particularly daunting, but the language is lovely. When I returned home, I discovered why the opening seems a little confusing. Gormenghast is the second book in a series. I'll need to find a copy of Titus Groan, the first book. Reading the first book will likely make sense of the foggy beginning. I read a trade publication description in which it's referred to as a "gothic masterpiece" and elsewhere I've seen the word "fantasy" bandied about. Gormenghast is a crumbling castle; Titus Groan its owner. I'm intrigued. 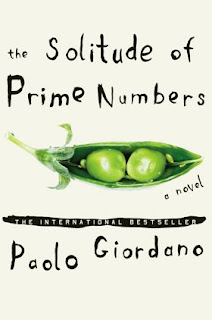 The Solitude of Prime Numbers by Paolo Giordano has been on my mental wish list for a while -- not a physical wish list, but I have a couple trusted blogger friends who read and enjoyed the book, so the idea of finding a copy has been lurking in the aging neurons. Sounds like it's about two fish out of water who try to get together (romantically speaking) and find that loners don't necessarily work well in a relationship.
While searching for a cover image, I discovered that there is a movie version of The Solitude of Prime Numbers. I'll have to look into that. Has anyone seen it? Near as I can tell, it's an Italian film and possibly the artsy type that a lot of people don't like. I tend to really like foreign flicks because they're so much less predictable and far more interesting than the standard Hollywood fare but we don't get them, here. I don't actually know anyone who is partial to foreign films (except for my eldest son, who hasn't mentioned it) so I don't know whether it was well received by its intended audience. 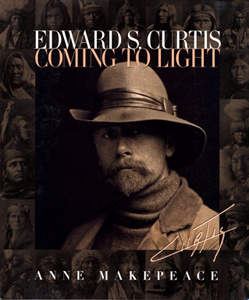 Edward S. Curtis: Coming to Light by Anne Makepeace has been on my PaperbackSwap wish list since . . . um, 2006? Maybe 2007. I recently considered dropping it off my wish list to open up a slot because I was starting to think it was never going to be listed. But, just before we left for Tulsa, a copy became available and it arrived while we were away.
At any rate, I'm very excited to finally acquire a copy of Coming to Light. It's a National Geographic book, large but not coffee-table huge -- just big enough that some of the more detailed photographs, at about 8" x 10", are satisfying. There's plenty of text, as well. I've desired to read more about Curtis, the man who became obsessed with photographing Native Americans before their traditions completely disappeared, since I read a fictional account of his life. I didn't realize he'd altered some photos and reused certain costumes when photographing men from different tribes; I learned that much just in perusing the book after we arrived home, yesterday. I have a feeling I'm really going to enjoy this book!
©2011 Nancy Horner. All rights reserved. If you are reading this post at a site other than Bookfoolery and Babble or its RSS feed, you are reading a stolen feed. Email bookfoolery@gmail.com for written permission to reproduce text or photos.
Posted by Bookfool at 1:12 PM