Monday Malarkey - Of Dinosaurs and Curious People and Flaming Colors

Today's subject line refers to last week's reading material.  Read on and you'll find that I clearly had more fun reading than writing, last week, but there were mitigating circumstances, like that forgotten anniversary (which ended up with a nice anniversary dinner), the Kiddo's continuing presence (he's getting sick of us, but he's still here) and then we had a weekend of storms that kept me off the computer -- noisy, cat-frightening, electricity-killing storms.  And, now my printer is not working. There's always something not working. What's up with that? Is it modern life in a nutshell, the concept that "something must not work at all times"?

Since it was storming, I spent a lot of time working on the library, this weekend. For a brief moment in time, the library floor was visible (so I took a picture). But, then I emptied about 8 more boxes of books and the floor has disappeared. It is, in fact, quite hazardous. I discovered that it's time to quit shelving books when you trip on the floor piles. After I failed to heed the first warning that I was worn out, I bashed my face on a cabinet door and then ran into a door frame. That was enough to send me skittering off to bed. 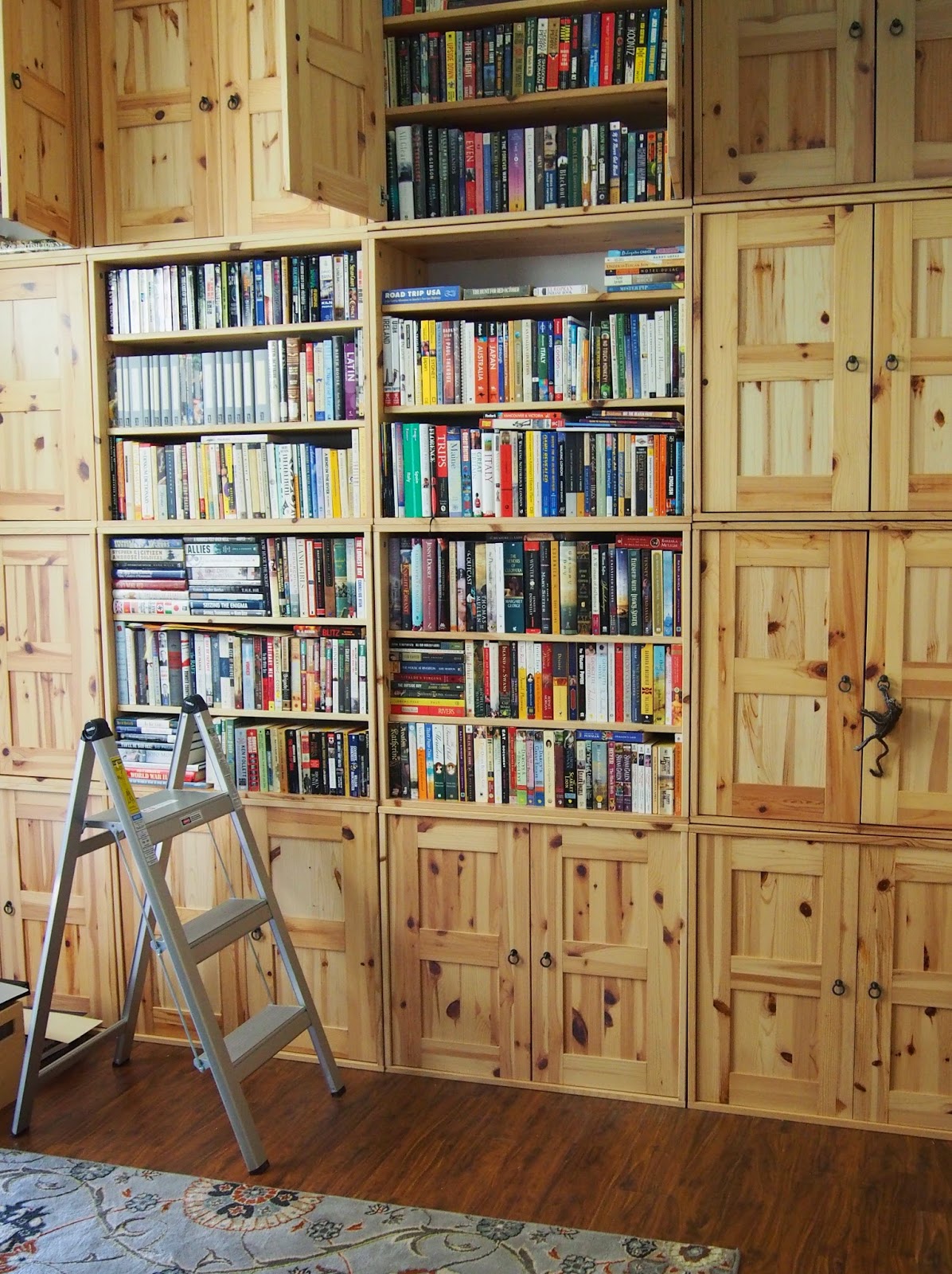 
Last week's reads (most of the dinosaur books were rereads because I didn't add them to my calendar, the first time - always a mistake):

Whispers of Love (in Blessed Assurance, a 3-book collection) by Lyn Cote - 35 pages in, nothing seemed to be happening. The storyline still sounds interesting but I think I'll pass this one on to my romance-crazy best friend, since I'm in the process of culling the books.


Movies (the first one is the shocker): 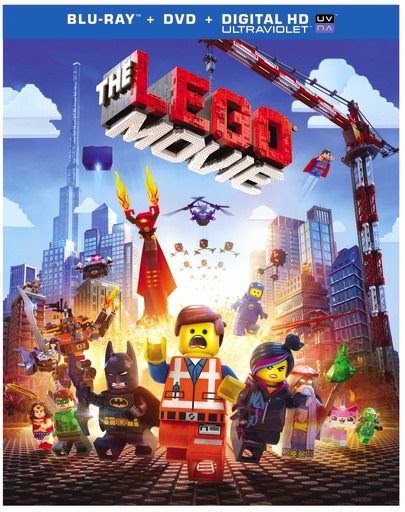 Something you should know about me to understand why it's shocking that I watched The Lego Movie: I hate cartoon movies with a passion. That excludes favorite childhood movies, of course (they were better, back then, if you ask me). Point being, I just don't watch them. If the guys put on a cartoon movie, I leave the room. I figured The Lego Movie was basically going to be a cartoon movie in style, meaning the basic stupidity of storyline. Honestly, I just can't stomach those gushy, romantic-but-with-a-strong-heroine movies of recent years.

The guys would not relent. They didn't drag me to the living room but they were pretty stubborn. They paused the movie at the opening credits and waited till I showed up. They made snacks and wouldn't let me share until I sat down on the sofa. Evil tactics work! I was hungry. Five minutes in and I was hooked. What a clever, hilarious movie. I loved it. 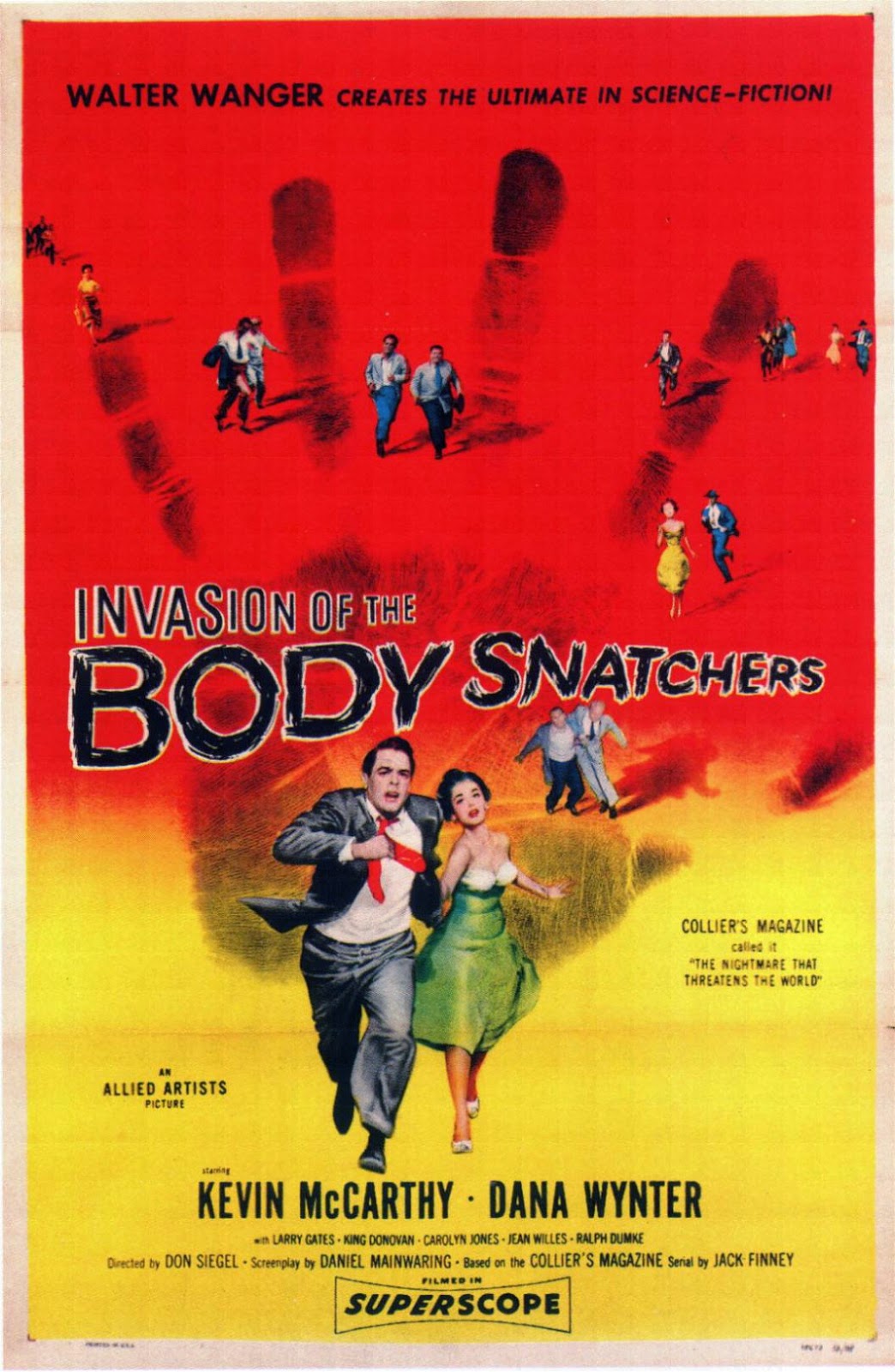 The next day, I tried to get the guys to watch a movie of my choosing. I failed dismally. If only I'd thought to feed them. My choice was Invasion of the Body Snatchers, the 1956 version. I wasn't alive in 1956, in case you're wondering. I'm not that old. Of the many versions of the Jack Finney classic, the 1956 version is my personal favorite but, to be honest, I don't even remember any of the others, except . . . wasn't Leonard Nimoy in one of them? I'll have to look.

I've only read Invasion of the Body Snatchers once, but I do recall the ending and it's quite different from the ending of the movie. However, I do think the ending to this particular movie is a good one -- chilling, yet hopeful.

The cats and I enjoyed it. Periodically, one of my humans would walk through the room. The husband said, "That's the best version," and walked on. Kiddo made some sort of grunting noise when I tried to lure him and hid in his room. He's not a fan of black-and-white movies so it would have been a hard sell. Next time, there will be food. And, now I want to reread the book, of course. 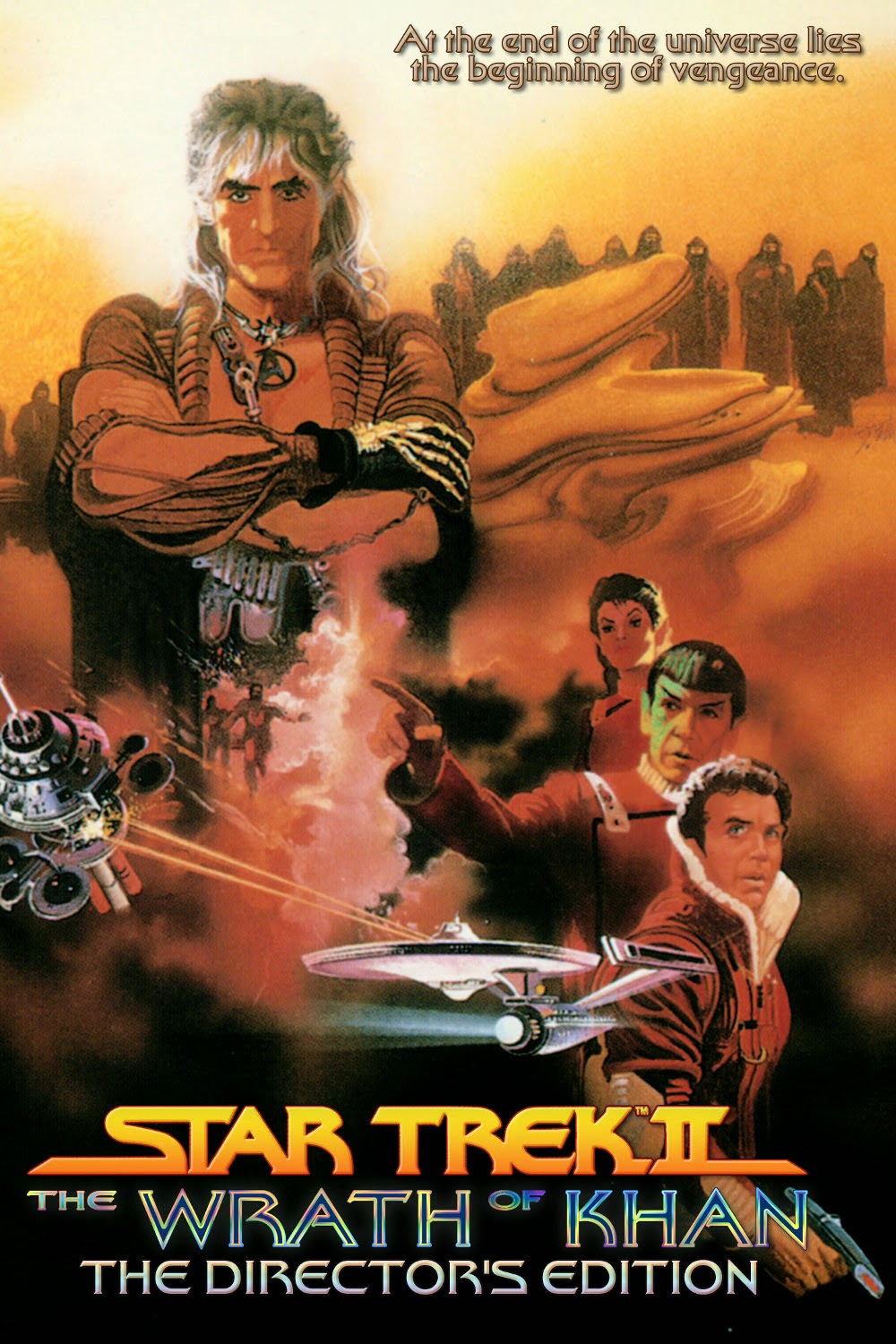 Star Trek II: The Wrath of Khan has always been one of my least favorite of the old Star Trek movies, but Kiddo is persuasive (and there was probably some sort of snack involved, again -- I don't recall). I told Kiddo I've never liked The Wrath of Khan. He said he didn't care; my presence was required or some such nonsense.

Oddly, I ended up loving it. I particularly hate the part when Chekov screams piteously as Khan drops that nasty, scorpion-like creature into his ear and I mentioned that to Kiddo. He handed me one of the zappers. I was prepared to mute that bit and then I started daydreaming and the next thing I knew we'd passed it without any audible wails. I think Kiddo must have fast-forwarded past the scene. It helped. I enjoyed the movie as I never have.

We didn't watch the Director's Cut. That's just the best image I could find, at left.

Next up will be dinosaur books. This is a weather-dependent statement. I've started but not finished the posts and hoped to get them all wrapped up and pre-posted, this weekend. Best-laid plans and all that. There will also be an Important Announcement, this week. And, then we'll see what happens. Storms are predicted for the entire week and weather being the fickle thing that it is, I can't say whether or not it will wreck the blogging week. The plants are certainly appreciating the rain, though, and it makes for good reading weather. I'm happy. Are you happy? The Pope wants you to be happy and so do I.

©2014 Nancy Horner. All rights reserved. If you are reading this post at a site other than Bookfoolery  or its RSS feed, you are reading a stolen feed. Email bookfoolery@gmail.com for written permission to reproduce text or photos.
Posted by Bookfool at 2:56 PM