Everything I Read in September (in brief) 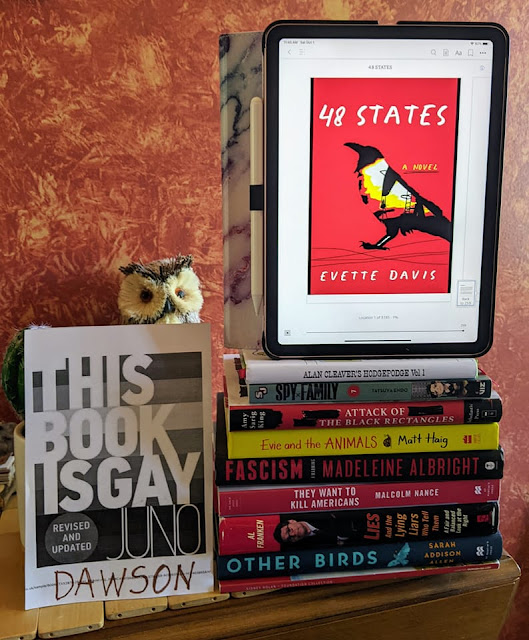 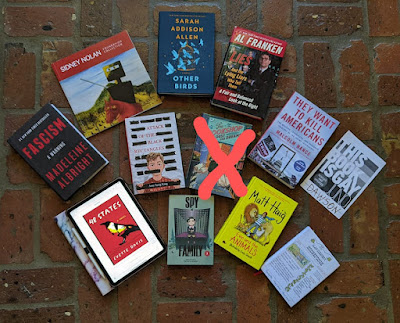 Updated to X out a book I did not read, this month. I was going to use that extra book within the stack in reverse to represent one of the e-books but then I decided to print out the cover instead and forgot to remove the book when I laid everything out. I've already loaned one of these to a friend so I can't retake the photo. Oopsy.