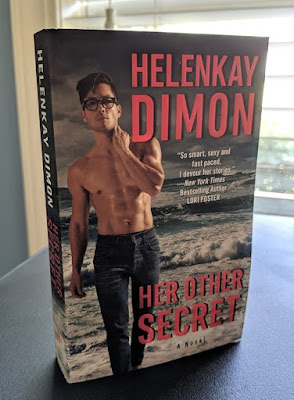 
Just the one arrival, this week, a surprise (unsolicited) that looks really fun. No purchases! I'm so proud of myself. Love the cover of this one. He looks both handsome and nerdy with the glasses. Nerdsexy.


Both of these books are books that I should have finished in a day —two, at the most. I read the first half of Things You Save in a Fire just before bed, one evening. Then, I had two days that I was just too busy to touch the book and finally finished it the next time I was able to pick it up. If I'd had time to even glance at it longingly, I would have. It's a good story, unique because the heroine is a firefighter.


Again, I didn't touch the book about PTSD but I'll try to give it some time, this week. I barely found time for the two I finished. I didn't touch The Mueller Report, either, but I can't recall the title of the PTSD book, just the author: Shaili Jain.  OK, I just looked. It's called The Unspeakable Mind. Fingers crossed that I get some of it read, this week. Same with The Mueller Report.


Obviously, it was a better blogging week than the week before. That's mostly thanks to having a Children's Day. I didn't think about the fact that it was my bloggiversary till I was in the midst of Children's Day review posting, although I did remember D-Day. I always remember D-Day. It feels like a day that can't be allowed to pass without at least stopping for a few minutes to think about those who sacrificed for our freedom. 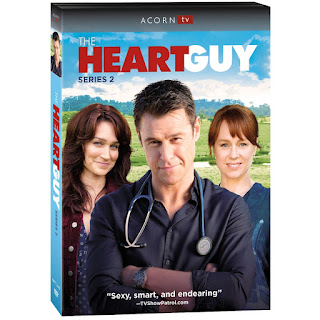 The Heart Guy is pretty much the only TV we watched, last week. Well, no, that's not true. I watched a good bit of Good Omens, on my own. It's really quite interesting reading the book at the same time I'm viewing the Good Omens series. Usually, of course, it would be crazy to read and view concurrently but I've been somewhat less concerned about the possibility of there being too many differences since Gaiman did the screenwriting.

We finished up the first season of The Heart Guy at about 9pm, one night, and went straight into the second season because we both wanted to see if it kept the same cast. It mostly did. One character left but at least Dr. Knight Face-Timed with her, so it felt like they gave viewers a bit of a transition. I appreciated that. I tend to cling to favorite characters and I liked her (Aiofe).

Not much else is going on. We're trying to grow grass in our backyard because the construction crew had it down to dirt. I appreciate the excellent job they did of grading the yard, before they left. We've planted some monkey grass, rose bushes, and a Japanese maple tree. Most everything's doing well. And, Huzzybuns brought home a couple of plants from his mother's house because she's in the process of moving. Her miniature rose bush got a little sunburnt so I brought it inside and babied it in the sink, giving it little showers and telling it what a good little plant it is. That worked brilliantly. After about 4 days, it had lots of new leaves and was looking so much better that I moved it outside, this time in a spot that gets a lot less sunlight (under the covered part of the patio). And, then I put it out in the rain when a storm moved in. It's looking happy, now.

I haven't made it to the gym for weeks but now that we have our finished terraced patio with steps, I use it as my home gym on the days I can't make it. I've discovered that if I walk back and forth across the top deck, go down all the stairs, and then walk around the bottom level and back up, that's almost exactly 100 steps. So, I've been gradually building up my stair-climbing muscles. And, hopefully, I'll make it back to the gym, soon, but it's nice to have that option since our house is a ranch with no stairs of any kind.

I painted a little, too, and had various errands and appointments. It was a busy week. I hope to find more time to read, this week!