How to Survive the Titanic by Frances Wilson 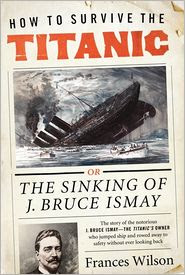