On Such a Full Sea by Chang-Rae Lee 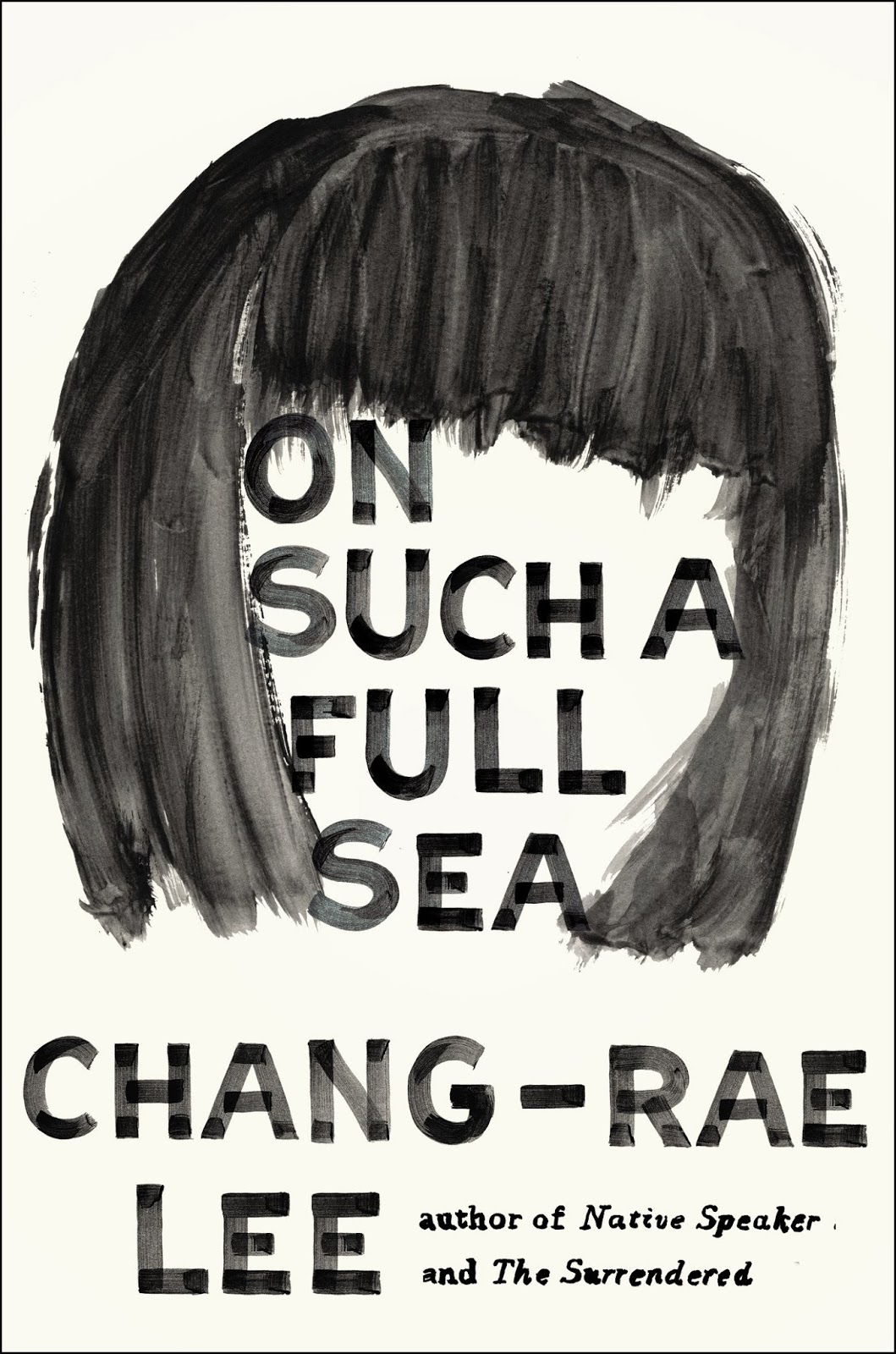 The wake lasted for another hour or so, and probably would have gone on for hours longer had the skies not suddenly clotted up and the winds blown in yet another immense storm system, one that would hover for weeks in a slowly unwinding gyre, the sun blocked out the whole time so that all you could see in your waking and your sleep was not brightness or darkness but a waxen shimmer, as though everything were stuck behind a grimy piece of glass.

~ from p. 31, Advance Reader Copy of On Such a Full Sea (changes may have been made to the final print version)

On Such a Full Sea by Chang-Rae Lee is a dystopian novel set, near as I can tell, approximately 200 years or so into the future. There's no real explanation of what horrors poisoned the air and ground and caused a ragged end to civilization in the United States, although I thought the implication was that nothing was done to halt the use of damaging chemicals throughout the world, that climate change and population increases took huge tolls and that the political climate in the U.S. eventually became so unstable that the country basically went to pieces.  Those are all just suppositions on my part.

The central storyline in On Such a Full Sea revolves around a tiny young lady named Fan who lives in a complex in the former city of Baltimore (now known as B-Mor), a labor-class village that has been around for just over 100 years, since the ancestors of the current residents were brought over from China.

Fan works in the fish tanks that supply meat for the Charters, the wealthiest and most intelligent people, who have closed their own communities to all but those from whom they purchase goods or services. It's very rare for someone in a place like B-Mor to pass the stringent tests that will allow one to cross over to life in a Charter village. Outside of B-Mor is the county, where people who are for some reason unable to live in either the Charter or labor villages live bleak and dangerous lives.  People are captured, traded or killed if they're not considered of any value in the county. Nobody outside B-Mor can be trusted. Seriously, nobody.

Fan is especially good at her job and she loves it but now and then someone is called in by the authorities and never seen again, and this happens to Fan's boyfriend, Reg.  Reg is also good at his job harvesting vegetables and he's not a troublemaker, nor is he sharp enough to have passed the test that would allow him the rare opportunity to move up to a Charter village. Distraught and knowing that she is carrying Reg's child, Fan leaves her safe village life and comfortable job to search for Reg.

The story of what happens to Fan after she leaves B-Mor comprises the bulk of On Such a Full Sea but the author veers back and forth between descriptions of life in B-Mor and how the disappearances of Fan and Reg impacted the people of the village to what became of Fan when she abandoned her home to search for the love of her life.  Her search for Reg takes her from one danger to another and it is in her growing ability to react to each of these dangers that Fan shows herself to be tiny on the outside but a powerhouse in other ways.  I really liked Fan.

penumbra: The partially shaded outer region of the shadow cast by an opaque object.

"When her eyes adjusted, Fan could see in the penumbra that they were in a kitchen of sorts [. . . ]"

Noteable:  Chang-Rae Lee introduced me to Vincent Van Gogh's Almond Blossom, a lovely painting I somehow missed in spite of being a casual Van Gogh fan. 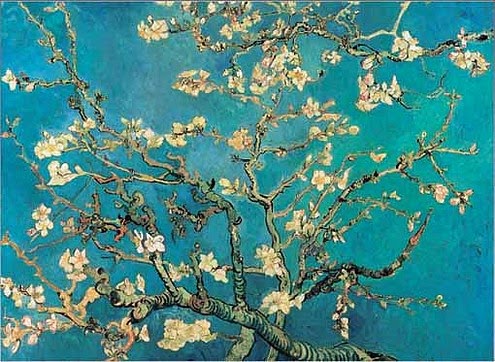 Recommended - On Such a Full Sea is written with complex beauty and admirable world building. Its dense prose makes the book a slow read but although it took seemingly ages to get through the book, there was both a feeling of familiarity (as there often is in dystopian worlds, which tend to feature sharp divisions between the privileged and oppressed) and a uniqueness that eventually kept me glued to the pages.

Belated Fiona Friday.  I was going for the flower-adorned glamour shot but this is what I got from Izzy: 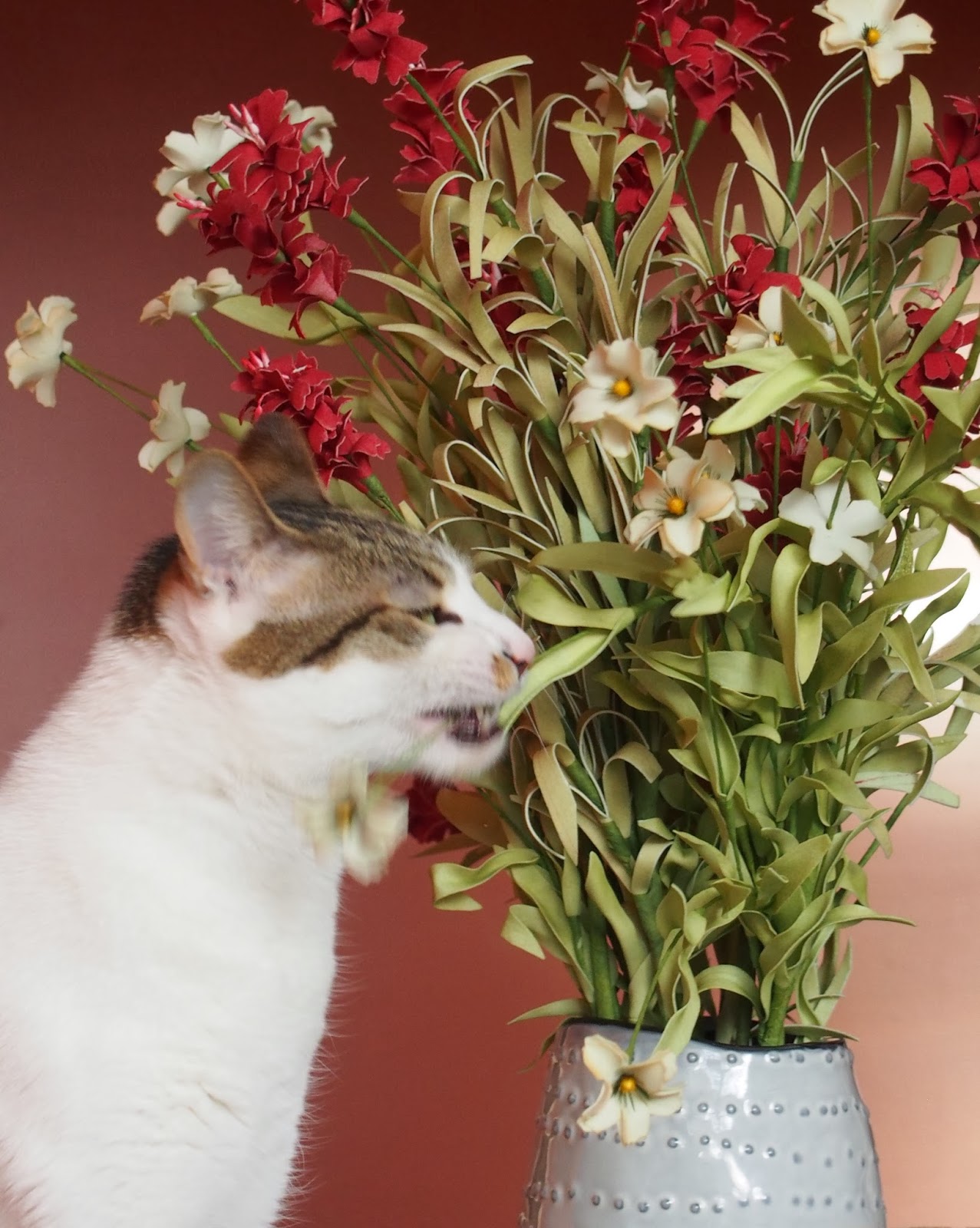