All three of these are from my personal library. 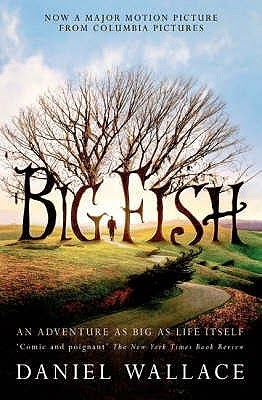 I did Daniel Wallace backwards. First, I read The Kings and Queens of Roam and fall madly in love with Wallace's writing. Then, a little over a year later, I dipped into Big Fish. I still have not seen the movie and you probably all know what the book is about, but just in case . . . here's the Wikipedia entry about Big Fish.

What I loved about Big Fish was the fantasy elements. In The Kings and Queens of Roam, it was magical realism while Big Fish implies that William is telling a big fish story, exaggerating the accomplishments and character of his father. The protagonist, William Bloom, wants to believe his father is a hero, bigger than life, close to perfect in character and beyond human in kindness and ability. But, since his father is dying and in awareness that your end is near, truth often comes to light, there are also some hard truths to face.

I was less than thrilled with the fact that there was a character dying of cancer; books with cancer patients have been difficult for me to read since my mother's death. But, the over-the-top aspect of the book made it tolerable. Definitely a book I'd recommend but with a warning to those who have trouble reading books with a dying character. It's not focused on the dying, but it's still uncomfortable, at times. 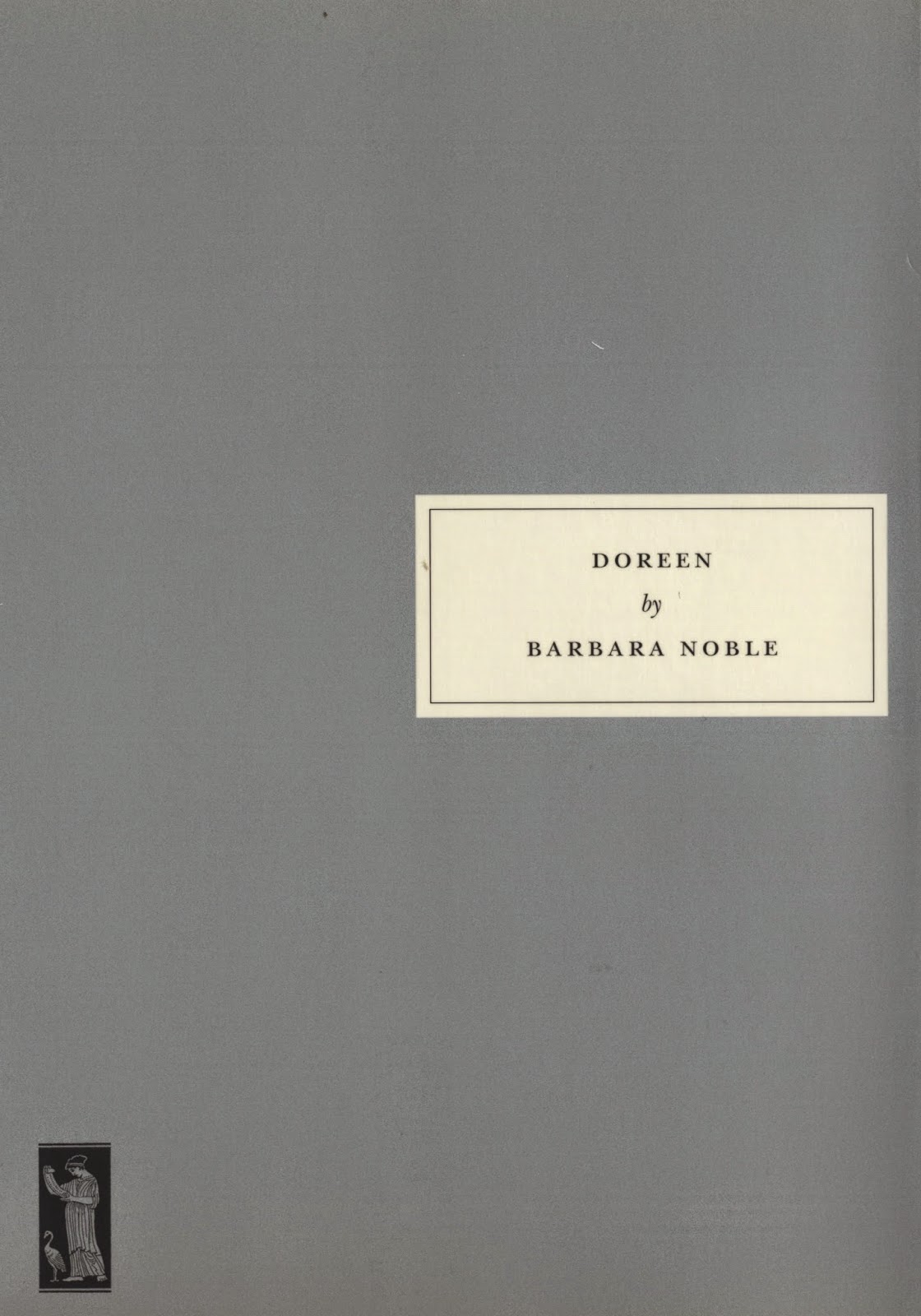 Doreen by Barbara Noble is a Persephone book that I bought a couple years ago specifically because it was set during WWII in England.

Doreen is about a little girl named Doreen who is evacuated to the country after her mother, Mrs. Rawlings, decides it's too dangerous keeping Doreen in London with the nightly raids. Early in the war, Mrs. Rawlings kept Doreen home because she couldn't bear to part with her child but after sleeping in a shelter night after night, Mrs. R. mentions her concern to a woman who works in the office she cleans, Helen.

Helen has a brother in the country. Geoffrey and his wife Francie are childless, although not for want of trying. They're happy to take Doreen in and Doreen finds that she loves the country, Geoffrey makes her laugh, and since Francie is very involved in the community, Doreen gets to know all the local children and quite a few of the adult villagers. Geoffrey and Francie are quite well off. Things happen and eventually Mrs. Rawlings must decide whether or not being in the country and the damage it could do to Doreen (getting used to a posh life, having trouble adjusting upon her return) outweighs the threat of the bombs at her at home in London.

I loved Doreen and highly recommend it. You get a good sense for the fear they must have felt during the Blitz, but it's also a fascinating look at social status and how awkward it must have been on both sides to send young ones to the country. Highly recommended, especially to those who love reading about WWII. 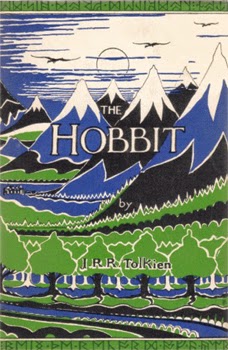 The Hobbit by J. R. R. Tolkien is the book I chose to take with me on vacation. I've never -- repeat, never -- managed to keep myself from taking several paper books along on a journey, regardless of how far I've gone. I know, crazy. I own a reader but I'm just not a big fan. However, I was having a terribly slumpy reading month so it seemed like a good time to try just taking a single book along with my reader on the assumption that I could undoubtedly find something to read if I finished The Hobbit (I do have a couple hundred e-books, after all) and if I failed, I always buy books in England. So, no problem.

For those of you who are as far behind in life as I am, The Hobbit is about a little humanoid creature named Bilbo Baggins who lives a happy life in his Hobbit hole, enjoys entertaining and loves his garden. He's not one to go on adventures, although he has some adventurous ancestry in his blood. When a wizard and a dozen dwarves show up for tea and insist that he accompany them on an adventure because he has needed skills, Bilbo Baggins resists. But, then his adventurous blood takes over and he goes on a grand adventure that involves over a year of travel by various means, fighting off diverse enemies such as gnomes, trolls and giant wolves, and helping his friends when they go to war.

There was one small but plot-critical thing I disliked about The Hobbit. However, in general, I loved the story and can't wait to move on to the Lord of the Rings series. No, I really haven't read those, yet. Nor have I seen any of the movies. Recommended, particularly to fantasy lovers and those who enjoy classic literature. I appreciated the older writing style.

©2014 Nancy Horner. All rights reserved. If you are reading this post at a site other than Bookfoolery  or its RSS feed, you are reading a stolen feed. Email bookfoolery@gmail.com for written permission to reproduce text or photos.
Posted by Bookfool at 2:05 PM