Two thrillers: North of Boston by Elisabeth Elo and The Girl on the Train by Paula Hawkins

2015, besides being a slower reading year, seems to be one in which I've read a lot of books in pairs: two books about the Great Depression, two thrillers, two children's storybooks (reviews forthcoming). In the case of the two thrillers, I just happened to be in the mood for fast-paced reads at the same time I came up with a story idea that's on the thrillery side (necessitating a little thriller reading to find examples of good pacing). 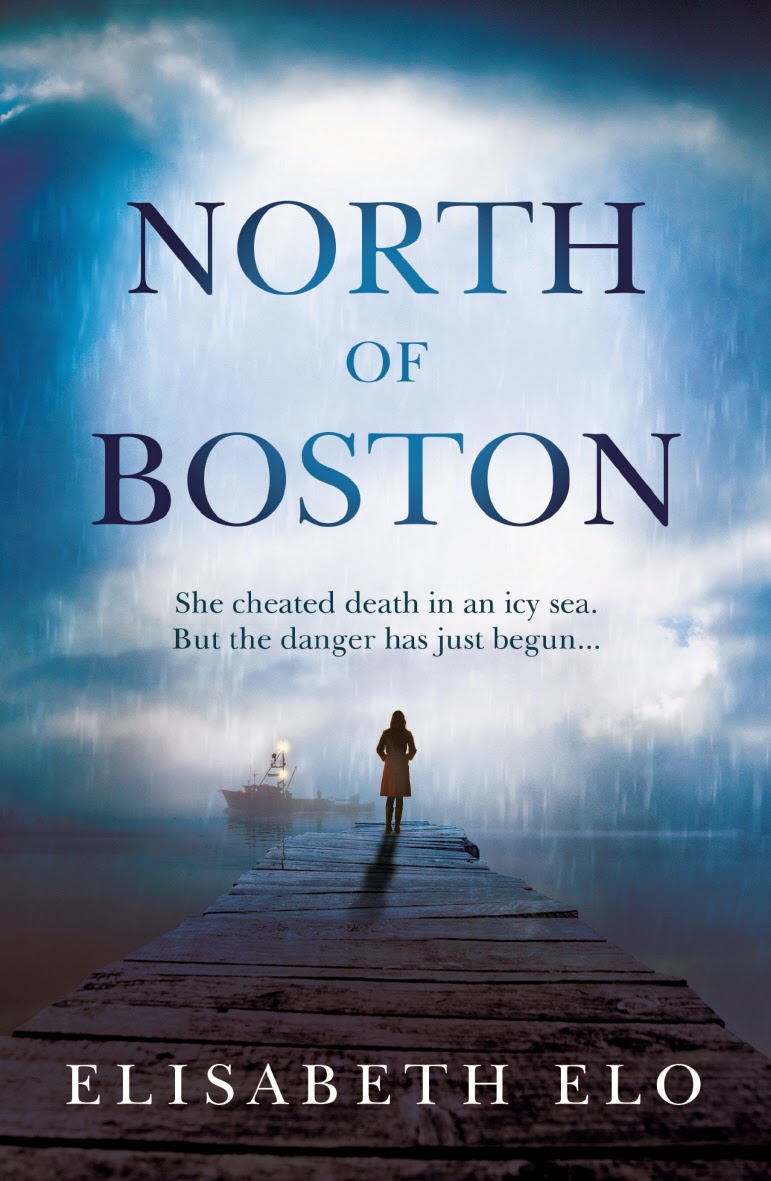 Briefly, John Rodgers and Jean-Luc square off, shoot subtly hateful glances at each other. Imagining that these two men could agree on anything is like imagining that the north and south poles could overcome their magnetic issues and meet for lunch at the equator.

--from North of Boston

North of Boston by Elisabeth Elo was one of the books recommended to me when I asked for thriller title suggestions from friends. And, then the friend who recommended the book offered to send me her copy (which has a different cover than the one at left but I couldn't find a decent image). I'm so glad she did.

Pirio Kasparov was on a fishing boat with her friend Ned on a foggy morning when a freighter ran into the boat, killing Ned and leaving Pirio clinging to flotsam for hours in frigid water. Convinced that the collision was not an accident, Pirio begins to investigate, uncovering a tangled web of deceit that leads her to discovery and danger.

I have mixed feelings about North of Boston. I loved the writing, adored some of the characters (especially Pirio and her best friend's son, Noah), appreciated those who were unreliable, liked the added interest of the question, "Why did this character survive something that kills most?" and really liked where Pirio's search led -- to a legitimate world concern. But, I didn't find the book gripping, nor did I always find Pirio's ability to keep going in spite of serious injury entirely believable. Still, a solid read, definitely well-written and recommended. 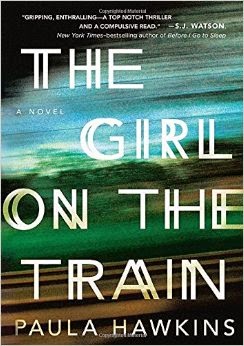 The Girl on the Train by Paula Hawkins was a total risk. You've undoubtedly heard of it, by now -- the book everyone is calling this year's Gone Girl, the story of a woman who sees the same couple from the train most weekdays and imagines their perfect life until . . . a kiss, a death, a mystery, and somehow Rachel ends up in the middle of a tangled web.

I haven't read Gone Girl but I'd read a few reviews of The Girl on the Train, knew friends were reading it, and saw that the buzz was growing. What convinced me to spend some of my Christmas money was none of the above. I simply liked the idea and the setting. A London setting is always going to grab my attention, especially when the story happens to fit the characteristics of something I'm seeking (in this case, of course, an engrossing, fast-paced read) with gift card money in hand.

As it turned out, I did find The Girl on the Train every bit as gripping as I hoped. The reviews I read before buying were mixed. A lot of people didn't like the characters. Too flawed, too unlikable. I tolerate unlikable characters a lot better if I know they're coming, so I opted to go ahead and order the book and hope for the best.

Fortunately, The Girl on the Train was exactly what I was looking for and, nope, I didn't mind the characters. Yes, the women are definitely unlikable -- all of them. But, each is flawed in ways that I found believable. I particularly found the alcholic and unreliable main character had the ring of truth. I also thought the use of three viewpoints worked very well and, even though I figured out "who done it" around 100 pages before the end of the book, the pages continued to fly. Highly recommended.

North of Boston and The Girl on the Train both have substance-abusing characters in addition to a mystery and it was fascinating to see how that played out in both books. I thought it was a little better handled in The Girl on the Train but Rachel is the character I considered the female protagonist, in spite of the fact that the book is told through several different points of view, and in North of Boston it's Pirio's best friend who is the substance abuser so Rachel's alcoholism is key to the plot while Thomasina's (that of Pirio's friend) is not. That may have impacted how I feel about the use of substance abuse in the characterization. Both fed nicely into the reading of my book group's latest read, The Road to Echo Spring: On Writers and Drinking by Olivia Laing. More on that later, I hope.

©2015 Nancy Horner. All rights reserved. If you are reading this post at a site other than Bookfoolery  or its RSS feed, you are reading a stolen feed. Email bookfoolery@gmail.com for written permission to reproduce text or photos.
Posted by Bookfool at 6:02 AM