The Nanny by Gilly Macmillan - #2 for RIPXIV 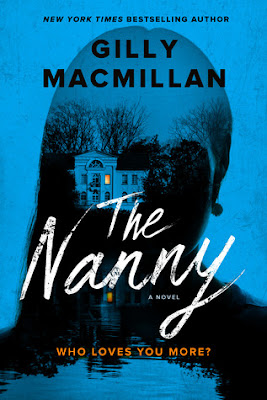 In The Nanny, Jocelyn (Jo) was deeply attached to her nanny, as a child. Hannah was trustworthy, kind, and a better mother to Jo than her own mother. So, she was traumatized when her nanny disappeared in the night and her mother claimed it was due to Jo's behavior. As soon as she was able, she fled the country and has most recently lived in California with her husband and daughter, Ruby.

But, now Jo is home in Wiltshire at her family's 1,000-year-old ancestral home. A young widow, Jo is unhappy to be back with her mother (her father having recently passed away) but she has no choice. Her husband's money was tied up in his business and Jo can't work in the US. Jo needs a job and help with her daughter. Returning home was her only option.

When Ruby and Jo find a skull in the lake on their property, Jo's mother, Virginia, is certain she knows who it belonged to and expects that the truth will soon be uncovered. But, then Hannah shows up and Virginia's confused. Is it really Hannah or is she dead and someone else is pretending to be her? If it's her, how is that possible and why has she returned? When Hannah becomes a part of the household staff, Virginia is horrified. And, Ruby absolutely doesn't like Hannah but is Ruby trustworthy? She's been behaving badly since just before Hannah's arrival.

The story is told from several viewpoints  (Jocelyn, Virginia, one of the detectives, and Hannah in the years before and during her work as Jo's nanny) but I thought of Jo as the heroine. It's Jo's return to the UK and her discovery of the skull that are the inciting incidents. Virginia is there to make you question what's happening. Is it really Hannah or an imposter? The detectives are either trying to lead you down the garden path with a diversion or there as filler (not sure, but their scenes just baffled me, although they eventually get it together). Then, there are scenes from the past that are told from Hannah's viewpoint and they reveal Hannah's backstory. How did Hannah end up becoming the nanny for a posh family when she came from a lower-class background? Is it possible that the person posing as Hannah (if Hannah is an imposter) is Hannah's friend and former roommate?

Iffy on recommendation - The Nanny is the fourth book I've read by Gilly Macmillan. My feelings about the books have varied but one thing is consistent: her writing has an excellent flow and a tendency to suck you in right away. This one I gave 3 stars. I finished it, but there were times I considered abandoning it because I felt like the mystery was transparent to a certain extent, the heroine too stupid to live (sorry, Jo, I just thought you were dense), the facet of grief almost entirely lacking, and the detectives stunningly incompetent. So, not a favorite, and yet . . . no regrets. I particularly loved the gothic atmosphere, which fits well with the setting of an ancient home in the English countryside.

I'm calling this my second RIPXIV read. Working on the third, this time a ghost story.


My reviews of past titles by Gilly Macmillan:


I received an advance reader copy of The Nanny in exchange for an unbiased review. My thanks to HarperCollins! You can't see how the cover reflects light, but it's got a lovely, metallic sheen that is gorgeous. Love the cover.