The Lost Button by Irene Rozdobudko 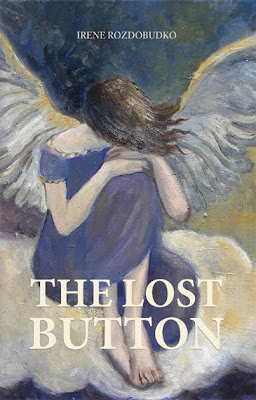 Book Description:
When young screenwriter Denys has a chance encounter with the gorgeous but older Liza at a vacation resort in the Carpathian mountains in the Seventies, he is immediately captured to the point of obsession. Moved to do everything in his power to be with her, he pays his way into a tour group during which Liza and Denys become "lost" together. But, their time alone is limited. Liza has a daughter and a life of her own. She has no real interest in Denys and is angered when he later shows up in her classroom.
Liza goes on with her life after they part. But, Denys is unable to let go of their single night together in the woods, even after decades have passed; and, his entire life revolves around his obsession. When he makes an impulsive decision that could change everything for the better, Denys is blinded to what is good and real in his life . . . until it's gone. Suddenly aware of what he had, Denys goes in search of the true love of his life. But, is it too late?
The Lost Button by Irene Rozdobudko is yet another book that I read around 2 weeks ago but have no problem remembering. Translated from the Ukranian, there are some turns of phrase that I found a little odd and I thought the book began rather slowly. In fact, I wasn't sure I'd complete it at all because Denys's obsession made for pretty dull and annoying reading (my opinion). And, then suddenly it became unbearable to put down. What happened?
The turning point in The Lost Button takes place when the reader becomes aware that Denys has lost the best thing in his life and after two years of searching has come up empty-handed. There are some complications that I think are best left as a surprise, although I will tell you that the missing person is his wife and her name is Lika.
After we learn about his search, the book switches from Denys's point of view to Lika's. We learn about how Lika reacted to betrayal, psychologically, where she went and what became of her. In the end, everything is thoroughly wrapped up in a very satisfying way.
Highly Recommended - The Lost Button is quite a fascinating book because it goes from a tale of obsession to a story about a man who simply can't see the good in his life, then it becomes a mystery about a missing person and finally ends with a psychological analysis of how a woman reacted to betrayal and went missing. It is utterly fascinating and I loved it, even if the obsession part nearly made me pull my hair out. I guess obsession by its very nature tends to be repetitive. That part was hard to get through but I would read The Lost Button again, now that I know how it ends. I absolutely loved Lika and found her story the most engrossing part of the book.
The Lost Button is the first of three translations I've gotten from Glagoslav Publications. I'm really excited to see how the other two turn out.
Speaking of which . . .
I've only managed to finish a whopping 4 books, so far, this month. This may possibly be the worst reading month I've had in 6 1/2 years of blogging! But, I'm actually just trying to roll with it. If I'm too tired to read (unpacking is dreary and exhausting), I sometimes nap, go to bed early or find something other than reading that occupies my mind. I've been having a lot of fun with Fat Mum Slim's September photo-a-day challenge. While I haven't managed to grab the camera every day, I love the fact that it's making me think about photography subjects that wouldn't occur to me, otherwise.
And, another side benefit of the challenge is that I have found a wonderful online photo editor that has effects very similar to those of Instagram. Since I don't have a smart phone, I've been a little envious of those Instagram effects, but the Pixlr-o-matic is easy as pie and has loads of great effects. Here's one of my favorite non-challenge photos, gussied up with Pixlr effects: 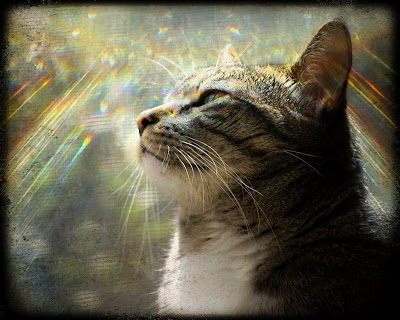 I've been asked to share my challenge photos at the end of the month. Some of them are pretty dull, but I'll share. I love looking at everyone else's photos; that's what got me started.
Tomorrow is F2F meeting day. Wahoo! I can't wait! We read two books, this month: A Moveable Feast by Ernest Hemingway and The Paris Wife by Paula McLain. I've continued to feed my new Hemingway obsession by indulging in Hemingway's Girl by Erika Robuck. I hope to finish it by 2013 [<----comment on my pathetic current reading speed]. I may be reading slowly, but I'm having fun when I do pick up a book.
Have you read anything fabulous, lately?
©2012 Nancy Horner. All rights reserved. If you are reading this post at a site other than Bookfoolery and Babble or its RSS feed, you are reading a stolen feed. Email bookfoolery@gmail.com for written permission to reproduce text or photos.
Posted by Bookfool at 10:26 PM