Asleep, a Fiona Friday + Mourning Forever and an Unexpected Break

Before I tell you about why I'm going to have to take a computer break, I must explain this photo because it's kind of a cute story. Isabel likes to sleep either at my shoulder or feet when I'm on the couch. One evening when I was reading, she climbed onto the couch. The green and white blanket was thrown over the back cushions and Isabel used her claws to pull it down onto the seat in a heap and then curled up on top of the blanket and my feet (which I really appreciated because it was a cold night). She nicely warmed my cold toes and eventually I wiggled out from under her to snap a few photos. In the midst of taking the photos, her head popped up and she gave me the cutest, sleepy, spaced-out look. She's such a sweet companion. 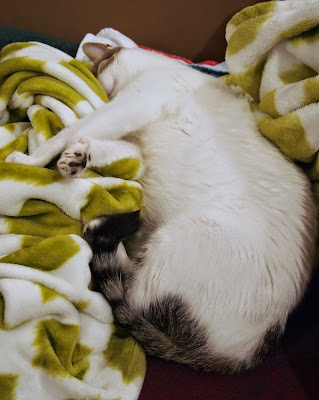 As to that bit in the subject line about being in mourning . . . my favorite show was just cancelled, last night: Forever, a part-mystery, part-supernatural show with a wonderful cast. You may have heard about Ioan Gruffudd's lovely message to fans. I'm not much of a television viewer and haven't been for much of the past 15 years but last year I found a single show I loved on the Fox Network. It was cancelled so I didn't even bother looking at Fox's fall line-up in 2014. Forever was an ABC production that was never heavily promoted, unfortunately. I just happened to see an advertisement for Forever just before it began, so I was in on it from the beginning. 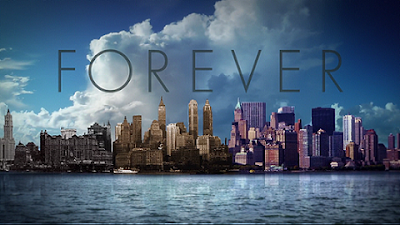 I've been a fan of Ioan Gruffudd (pronounced "YO-ahn Griff-ITH) since Hornblower and was skeptical that Forever would work, at first. It seemed to have too many of the same elements as other shows. But, it was one of those rare programs in which the cast was fabulous, the writing actually improved as the season progressed, the storyline expanded, the characterization deepened, elements of intrigue were added -- it simply grabbed me and held on. I didn't miss a single episode. The "season finale" (which turned out to be the series finale) was emotional, funny, gripping, edge-of-your-seat wonderful. I am absolutely heartbroken that the series won't be continuing. I will miss the laughs, in particular. I loved the interaction between the characters. 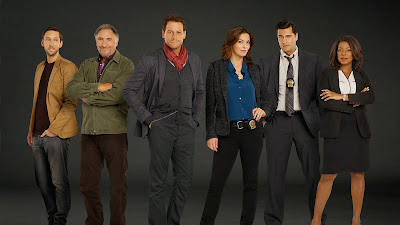 I'm still holding out hope that another network will pick up the series but I like to cling. I just finally gave up on the thought that Firefly will someday return, this year. Yeah, go ahead and laugh. I guess it's back to the old reliable retro TV for me. And DVDs. 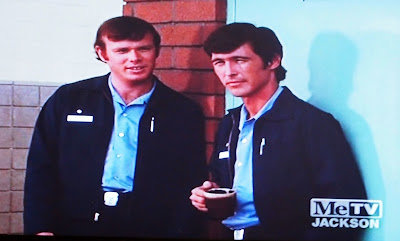 And, about that computer problem: I'm having hard disk issues, again. Not surprising, since I take a lot of photos in RAW, when I use the good camera -- you know, the one I dropped, last week (get the feeling I'm just having a bad week, in general?) I have a 4TB backup because my photos use up so much hard disk space but I'm at the point that it takes up to 45 minutes just to boot up the computer, so I'm going to have to go offline until I can get the issue taken care of. I don't know how long that will take so I've decided to take off a full two weeks since we're continuing to try to squeeze in all the outdoor work. The cool weather has passed, though, and I still need a goat. Someone send me a goat. The poison ivy is driving me nuts.

I also read a book recommended by my friend Heather:

This is Not a Test by Courtney Summers

I'm not sure I was entirely in the right mood for a "survival during zombie invasion" read; it took some time to get into the book, but when I finally did, I enjoyed it. I've just restarted A Midsummer Night's Dream after receiving the annotated Yale University Press release. I started out reading a different annotated version and found that it wasn't as clear (possibly because it was directed at a more scholarly audience) so I had to wait for the alternate version to arrive.

I've also purchased a copy of The Tempest from that series. The only other book that's arrived, this week, is All The Light We Cannot See by Anthony Doerr (via Paperback Swap). I'm expecting a couple children's books and a little concerned by the fact that I saw our postmistress stick a parcel into my mailbox then pull it right back out. It was book-sized and we've had theft problems that appeared to be related to the local postal workers, in the past, so I'm more than a little concerned that we may have dived right back into trouble after getting a new carrier, last week. Fingers are crossed that she just realized she had put a parcel in the wrong mailbox.

I'll leave you with something upbeat, "Dawn Revisited" from On the Bus with Rosa Parks by Rita Dove (you should be able to click to enlarge, as always): 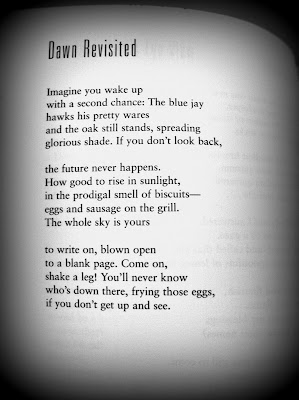 See you in a couple weeks!

©2015 Nancy Horner. All rights reserved. If you are reading this post at a site other than Bookfoolery  or its RSS feed, you are reading a stolen feed. Email bookfoolery@gmail.com for written permission to reproduce text or photos.
Posted by Bookfool at 1:35 PM