Where the Angels Lived by Margaret McMullan 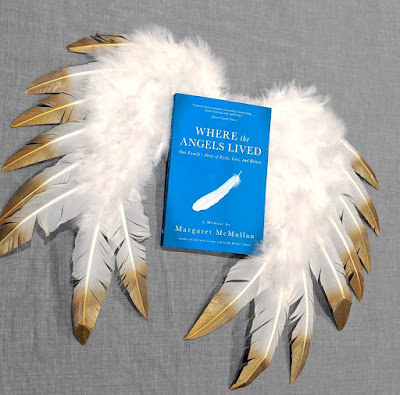 Where the Angels Lived by Margaret McMullan is a memoir about the author's search for a relative's life story. The "angels" in the title refers to a family name, Engel, which translates to angel. When Margaret McMullan went to Israel and did some research at Yad Vashem, she discovered that Richard Engel de Janosi, a relative she never knew existed, had been killed in the Holocaust. She was charged with filling out a document about him for Yad Vashem and told that it was her duty to remember him.

With this task given to her, McMullan got a job teaching English literature in Hungary specifically so she could find out more about Richard and any other lost relatives. In the process, she learned all about the importance of her family, visited the places they'd lived, and slowly uncovered their stories. She was aided by some unknown relatives who came into her life during the search, made some new Hungarian friends, learned about the culture and traditions of Hungary, and became acquainted with the still-simmering anti-Semitism in the country.

Recommended - A little like a family detective story, part travel guide, and part Hungarian history. I really enjoyed this book. It took me forever to read, partly because we were working on preparing for Kiddo's wedding (which we were more involved in than the average groom's parents) and partly because I spent a lot of time looking up images of places and people mentioned. Where the Angels Lived has a lengthy bibliography and it was the mention of Marguerite Duras' memoir, The War, that prompted me to purchase a copy.

Obviously, I had a little fun with the photo. I just happened to have a pair of angel's wings from last Halloween. When I bought them, I thought it was unlikely I'd genuinely ever find a use for them but they were so cool! I feel like I've found their purpose as a prop.

I bought my copy of Where the Angels Lived for group discussion and unfortunately didn't finish the book till a week after my F2F group met. I'm glad I read it, though, and it just so happens that the author lives in my state, so the copy I bought was autographed. Bonus! I particularly recommend Where the Angels Lived to people who are interested in stories about family and culture or who are interested in stories of WWII, although it goes well beyond Richard's WWII story.