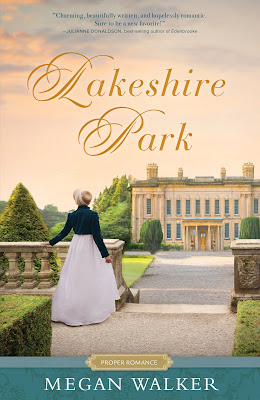 Amelia and her sister are in danger of losing everything. Since their mother passed away, they've been living with their stepfather, Lord Gray. Lord Gray hates them. His estate is entailed to a cousin who has also expressed disinterest in the two young ladies, and Lord Gray has promised not to leave them a penny.

When an invitation arrives, Amelia realizes they may have just received their ticket out of poverty or servitude. Lord Ronald took a fancy to Clara during their season in London. Nobody else has expressed interest or called at their home in Brighton. Now, Lord Ronald has invited the sisters to stay at his estate for a fortnight.

On the way to Lord Ronald's home, Amelia must stop to make an urgent purchase but the item she requires is snatched up by a cheerful but determined man named Peter Wood. When they arrive and begin to settle in at Lord Ronald's estate, Amelia is horrified to find Mr. Wood is among the guests. And his sister, Georgiana, is Clara's competition.

Amelia can't stand Mr. Wood, but she's determined to keep him from aiding Georgiana in her pursuit of Lord Ronald. Can Amelia bear to spend time with a man she detests in order to separate him from his sister and Lord Ronald? What can be done to ensure Clara receives a wedding proposal rather than Georgiana? When Amelia finds herself softening toward Peter, what will happen when Clara says she could not bear to have a connection to Georgiana, regardless of how it occurred?

Highly recommended - A charming and delightful read. I found myself smiling a lot while I was reading Lakeshire Park. I'm not a big fan of the enemies-to-friends romance trope, much as I love Pride and Prejudice, but there was just something special about Lakeshire Park and the slow alteration of feelings between Peter and Amelia. I think the words I'm searching for are "believable" and "well-paced"? Plus, I adored the two main characters, thought the interactions between Peter and Amelia were surprising and different and their dialogue genuinely clever, and loved the slow build to their growing affection. And, I had fun hating on Lord Gray and wondering what would happen with the love triangle on the side. All in all, one of the best Regency romances I've read. I will be looking forward to more by Megan Walker.

My thanks to Shadow Mountain for the review copy!


©2020 Nancy Horner. All rights reserved. If you are reading this post at a site other than Bookfoolery or its RSS feed, you are reading a stolen feed. Email bookfoolery@gmail.com for written permission to reproduce text or photos.
Posted by Bookfool at 12:21 AM