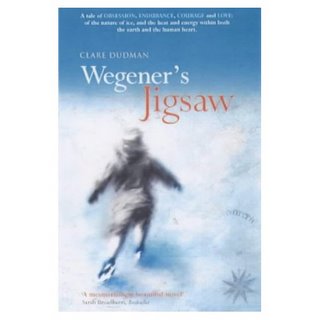 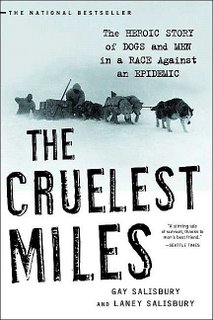 I will be leaving for vacation, soon - an actual vacation of the variety in which one climbs aboard an airplane and flies to a cooler climate. Because, in the summer you go north. This is a rule of thumb for Southerners who hate the heat. Note the cold, snowy theme evident on the covers at left. I love nippy weather, anyway, and there's always a shortage of nip, in our air, outside of January. Not that it's going to be cold, but anything helps. So . . . for the last couple of weeks I've been puzzling over the decision regarding which books to carry in my handy, dandy backpack. This is critical decision-making territory, I'm telling you. Without books, I would cease to exist and then what would be the purpose of flying north, where the air is cool and the days are long? Naturally, the spouse keeps reminding me that they actually do, in fact, have bookstores where we're headed. So, I should keep it light. Right. I'm trying. I really am.

I've settled on the two pictured. And, maybe The Electric Kool-Aid Acid Test by Tom Wolfe - if only for the totally hoopty title (and, yes, I know I'm a little behind on getting to this particular novel). And, there are about three dozen others I'd really, really like to read right now, including The Book Thief by Markus Zusak, which is unfortunately a real chunkster. Narrowing down to a torturously pitiful number as low as two . . . can it last? Will she cave in and throw in more books at the last minute? Has she ever not done so? (The answer to that one is, "No.")

And, what about all those magazines so recently purchased? Let's not even go there. I'm still working on the whole, "Damn, which should I take?" concept. It hurts, people. Just don't pinch me, right now, or I'll go ballistic.

Suffering Bookfool in a rainbow-highlighting mood
Posted by Bookfool at 4:49 PM