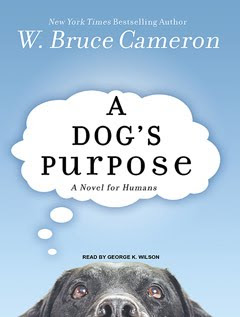 A Dog's Purpose: A Novel for Humans
by W. Bruce Cameron
Copyright 2010
Forge/A Tom Doherty Associates Book - fiction
319 pages
A few days after Hannah left, the snow came down and the wind blew so hard that we stayed in side all day, sitting in front of the heater. (At least, that is what I did.) That night I slept under the covers on Ethan's bed, and stayed there even when I got so hot I panted, just because it was so wonderful to be pressed up against him like when I was a puppy.
The next morning the snow finally stopped and Ethan and I went outside and dug for hours in the driveway. Running in that deep, heavy snow was tough going, and I would leap ahead for only a few feet before needing to stop and rest.
The moon came out right after dinner, so bright that I could see really well, and the air was thick with the fragrance of fireplace smoke. Ethan was tired and went to bed early, but I went out the dog door and stood in the yard, my nose to the faint breeze, galvanized by the exotic light and crisp night air.
A Dog's Purpose begins with a feral puppy describing his life as he grows and learns to forage for food, sniffs the marvelous smells of the world and plays with his siblings. Then he is captured and ends up in The Yard, a place where a large number of dogs are cared for. Order of dominance and who to play with are the most important things in his life. He becomes Toby, named by the woman who owns The Yard. During his time as Toby, I was unsure whether or not I was going to enjoy A Dog's Purpose because there was little interaction with humans and the concern that there wasn't going to be much story to the story. But, that changed quickly.
Toby the feral dog is merely the first incarnation of a single dog, whom we follow through a number of lifetimes -- the same doggy soul in several different bodies. With each reincarnation, the dog begins his life in a different way -- feral, a puppy mill captive, a german shepherd chosen to be a police dog and then as a purebred sold at a bargain price. The dog remembers his past lives and builds upon them. In the end he realizes his most important purpose in all of his lives was to love and stay beside his owner. And, one particular owner holds his heart.
The further I got into A Dog's Purpose, the more I loved it and found it difficult to put down. It's deeply emotional in a way I could never have anticipated and makes a powerful statement about the proper care of dogs and how much love and joy a dog that is properly cared for brings to his or her owner's life. I had to put the book down several times to reach for tissues. Whenever there's a death, it is handled tenderly and with compassion. The story improved after the early parts of Toby's life, as the dog overheard conversations (which made the human side of the story just as gripping), saved lives, experienced the emotions of the people around him and accepted multiple deaths with dignity.
I took half a point off at Goodreads and gave A Dog's Purpose a 4 1/2 out of 5 for dissing the cats, but otherwise I would have given this book a perfect score. I do wish the author had portrayed the dog(s) as more accepting of cats; it's not unusual for dogs and cats to live together in harmony. That's my only complaint, though. The book is well-written and stunningly believable. The human stories are not always complete because A Dog's Purpose is told through the dog's eyes, but they're well enough developed that you get a good understanding of what's happening in the lives of the humans around the dog. It's in those stories of the humans that you see the good and evil inflicted upon innocent canines.
Bottom line:
A well-written, nicely paced book packed with emotion and surprisingly difficult to put down; I read most of it in a single day. Highly recommended for pet lovers, everywhere. Be sure to keep the tissues handy. The book is both heartwarming and, at times, slightly horrifying as it deals with realistic issues like euthanasia, abandonment and cruelty in addition to the joy of dog ownership when the dog is well cared for. I thought the author did an excellent job of explaining why neutering is necessary and safer for pets than the alternative.

Many thanks to the author for sending the advanced reading copy and to my delightful friend, Cindi, for asking.

Just for the joy of it:

Here's a photo I took of a beautiful husky spotted in Winter Park, Colorado, when we drove into town for a chocolate festival: 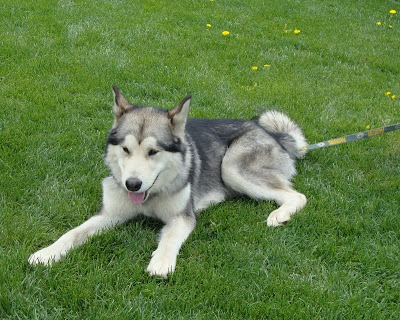 Independence Day was kind of blah, around here. I think our trip to Colorado just finally caught up with me and smacked me down. I slept most of the day and then we shot off a few fireworks in the driveway and most of the photos I took sucked. Here's my favorite, a penguin-shaped explosive that rotated as it went off: 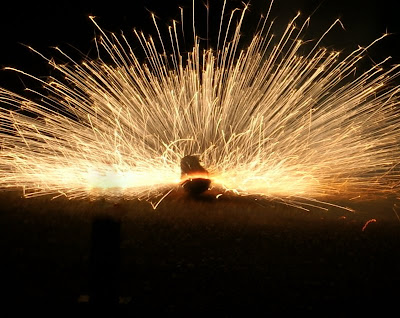