3 minis - The Evergreen Bride by Pam Hillman, The Guest Cat by Takashi Hiraide, A Cornish Affair by Liz Fenwick

I'm going to do a few mini reviews to catch up with myself. Almost everything I've read recently has been from my personal shelves or recently purchased. 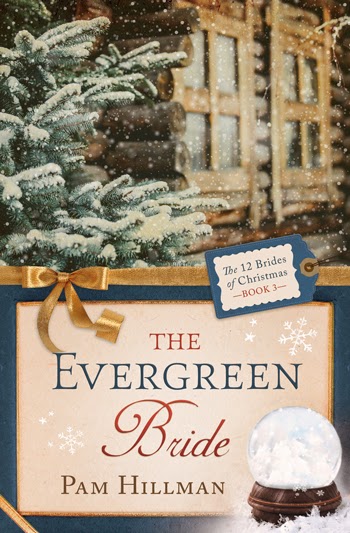 The Evergreen Bride by Pam Hillman is not my normal fare but the author is a friend and I appreciate nothing more than sweetness and light in a Christmas read. I also was in the mood for something light after a darker read, this weekend (I'll get to the darker read in a sec).

In The Evergreen Bride, Annabelle Denson is preparing to travel from her home in Sipsey, Mississippi to visit her cousin in Illinois. Annabelle is hoping to experience a white Christmas. Carpenter Samuel Frazier looks forward to Annabelle's daily visits to the mill, where he works with her brother, Jack; and, he worries that Annabelle will not return from her journey, presuming she'll meet plenty of young men in Illinois. But, he keeps his affection for her to himself. Will Annabelle begin to think of Sam as a potential beau before it's too late?

The Evergreen Bride is a novella so it's short and it's predictable, which was just what I wanted -- a quick, touching read that I knew would end well. There's no real obstacle to love, apart from Annabelle's planned journey and the fact that she is unaware that Sam is perfect for her. I adored the characters. A delightful upper of a story, recommended to anyone looking for a light, happy Christmas read, particularly fans of romance. 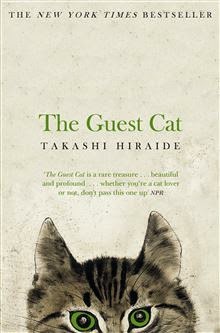 The Guest Cat by Takashi Hiraide is the book I referred to above as a "darker" read. It's not dark, really, but if the author's remarks are accurate, it's the novelization of a series of articles about a real cat and I found it deeply painful because it has the ring of truth.

When a young man and his wife rent the guest house on the property of a large estate, they unexpectedly find their house the second home to a neighborhood cat, a playful white and black kitty who eats, sleeps and plays in their home and follows the young man around when he cares for the garden of the larger home. In the morning, the cat returns to her owners to see their young son off to school. The neighbors are unaware that their cat is spending time in another house; and, when the owners of the larger home must prepare to sell, the young couple is so attached to the cat they call "Chibi" that they anxiously look for a new home close enough that they'll be able to continue their relationship with her.

I loved the author's descriptions of Chibi -- her mannerisms, habits and how she played, as well as the subtle ways she showed her affection and became a valued companion to the young couple.  You can imagine why I consider it a bit dark without any need to elaborate, as she was an outdoor cat and there are many dangers to cats in the outdoor world. I was hoping for a light, happy read. The Guest Cat is lovely in many ways but I was disappointed to find that it wasn't exactly what I was looking for. It is, however, certainly an interesting peek into Japanese culture if you can bear the sad bits.  Recommended, although not a favorite, for the beauty of writing and the themes of love and unexpected friendship. 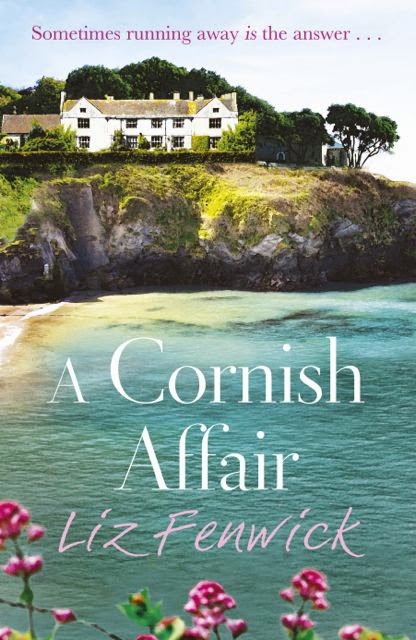 A Cornish Affair by Liz Fenwick is about a runaway bride. On the day of her wedding to the handsome, successful man her mother has pushed her to marry, Jude comes to the realization that she's given in to her mother's desires all her life, thanks to the fact that Jude has tried to take the place of her beloved sister Rose, who died of kidney disease. Marriage to John, she realizes, would be a mistake. So, Jude runs.

Her plans to move to London with John now scuttled, Jude finds the atmosphere in her parents' New England home unbearable. But, she's taken a 2-year leave of absence from her job. Tired of their criticism, Jude arranges to visit her aunt Barbara in England and, while there, Barbara arranges a job for Jude on the Cornish Coast, organizing the files of an author Jude has long admired.

The author is chaotically disorganized and bent on finding his family's missing treasure to save his estate. Jude is making progress on his files when tragedy strikes. Can Jude help save the estate and convince John that he's not the man for her?

Again, this was a predictable read, but not one I enjoyed quite as much as The Evergreen Bride. I'm not sure if it was bad timing or Liz Fenwick is just not the author for me, but I considered abandoning A Cornish Affair. The only reason I stuck it out was the usual one . . . I was halfway through and decided to finish. I didn't think it was a terrible read and I did think it improved in the second half but it still dragged. And the way A Cornish Affair ended was predictable in a way that I found disappointing. Of course, I knew what was going to happen; I just didn't like Jude enough to want that ending for her, I suppose. Thumbs up to the setting. Not a favorite but I'd recommend A Cornish Affair to romance lovers.

©2014 Nancy Horner. All rights reserved. If you are reading this post at a site other than Bookfoolery  or its RSS feed, you are reading a stolen feed. Email bookfoolery@gmail.com for written permission to reproduce text or photos.
Posted by Bookfool at 3:04 PM