I just finished reading The Lakota Way by Joseph M. Marshall III and, I never got around to writing about Indian Boyhood by Charles Eastman (read in November of 2014). So, it's time for another Two for the Price of One review. I purchased The Lakota Way when Borders was going out of business [muffled sob] and bought my copy of Indian Boyhood from a secondhand shop in New Jersey, although you can download it for free in e-book form. 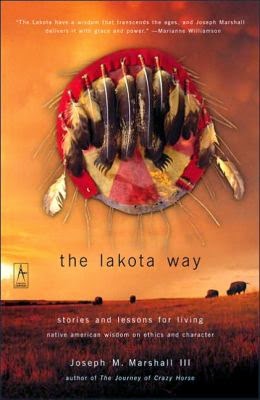 Humility can provide clarity where arrogance makes a cloud. -- p. 12

The Lakota Way: Stories and Lessons for Living (also subtitled Native American Wisdom on Ethics and Character) by Joseph M. Marshall III is divided into chapters headed with a particular characteristic revered by the Lakota, also known as Lakota Sioux, a Native American tribe that were nomadic hunter-gatherers in the Northern Plains and Dakotas for hundreds, perhaps thousands of years. Each characteristic is illustrated by stories passed down in the oral tradition, as well as personal tales from the author's lifetime.

There is also an afterward that describes the history of the Lakota from their perspective, which unsurprisingly does not entirely agree with history books.

I love reading Native American tales and appreciated the way the author combined the moral code for his people with the stories that are used to illustrate right from wrong. Marshall's writing transports the reader to another time and place marvelously, whether it's the dawn of time, the 17th century or the 1950s. While I think anyone can benefit from the kind of wisdom in The Lakota Way, the afterword is particularly interesting and would be great for teaching purposes. Most history books have been written by European Americans, after all. It makes sense to teach the alternative viewpoint, as well, when discussing American history.

Highly recommended - A lovely combination of basics in morality, stories that illustrate the importance of strong character, and history. There's a bit of explanation about the spirituality of Native American tradition, as well. Although Marshall can be a little emphatic about the wrongs perpetrated upon his people, I think he has good reason for feeling that way and didn't find the book at all preachy. 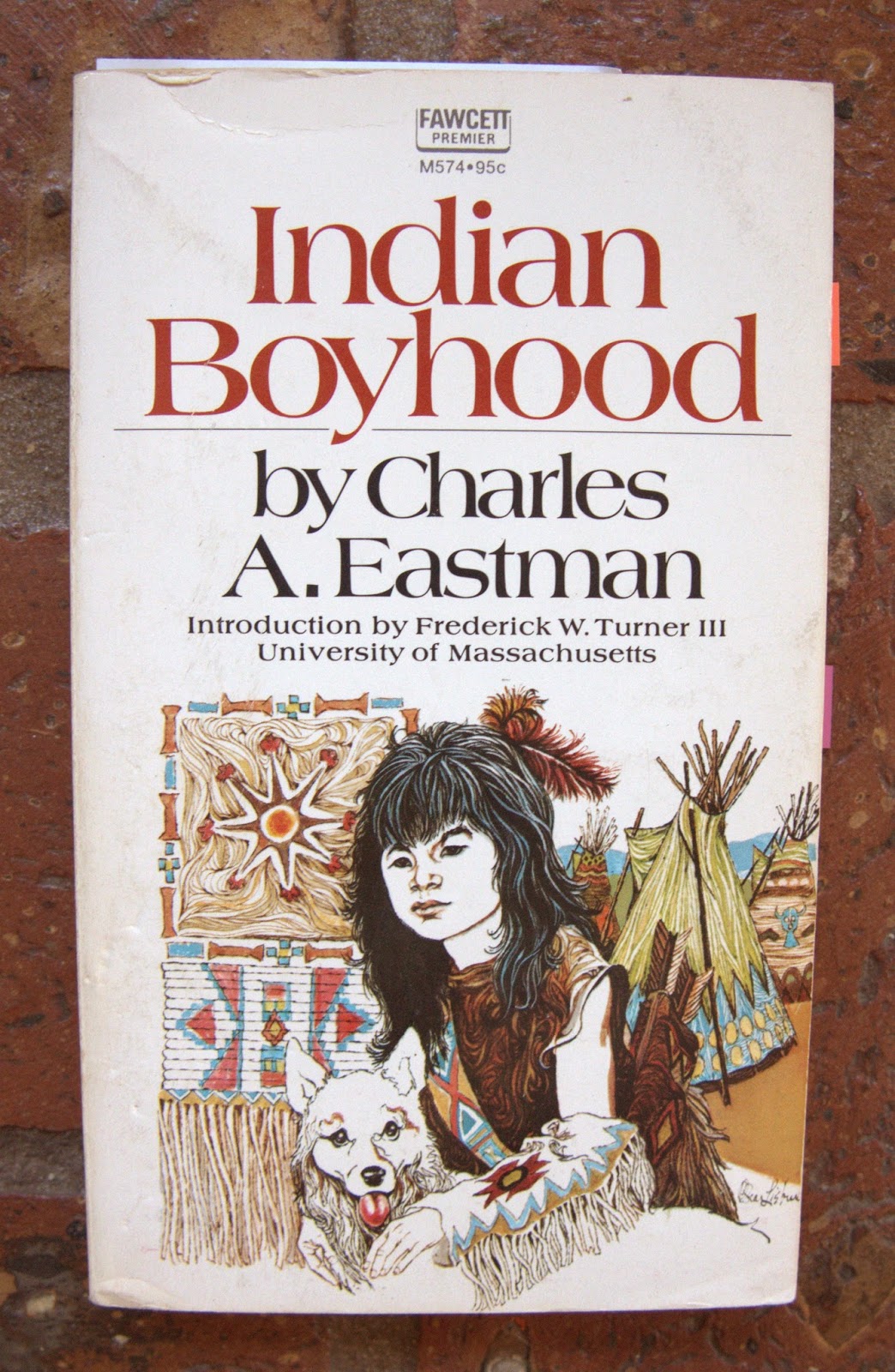 Indian Boyhood by Charles A. Eastman (who was also known by his Indian name, Ohiyesa) is a book that was published in 1902. As a child of the 19th century, Eastman straddled two remarkably different time periods for Native Americans. He spent his childhood in the traditional way as a Santee Dakota Sioux, learning to hunt and observing his people living off the land and practicing the old ways. The bulk of his adulthood took place in the white man's world.

It's been quite a while since I read Indian Boyhood so details are fading but I do recall that the book is mostly about the beauty of the land, the joy of growing up in the outdoors and the sensation of freedom that he felt as a child. Occasionally, he compared his life to that of the European settlers and talked about why white children who were captured and became part of an Indian family often escaped to return to Indian life after being rescued by their families.

I can't recall how old Eastman was when his father disappeared but at some point his father was captured in battle and presumed dead. But, eventually, he returned and by then he had long since been converted to Christianity. By that point, Eastman was a grown man and he gave in to his father's influence, joining the world of the white man.

Because Eastman grew up with the traditions of his people but eventually became an Ivy League educated physician living in the modern European sense, he offers an interesting perspective from that of contemporary writers looking backward as he was able to compare and contrast the two cultures in which he participated, although the book is focused on his youth. He also learned about herbal medicine from his grandmother, so you could say Eastman had not one but two types of medical training.

Highly recommended - I've never read anything quite like Indian Boyhood. Most of what I've read regarding Native American culture has been either modern historical viewpoints or, in the case of older material, from the side of settlers. It was utterly fascinating reading about childhood as a Native American by someone who grew up traditionally and then transitioned into a completely different style of living as an adult.

©2015 Nancy Horner. All rights reserved. If you are reading this post at a site other than Bookfoolery  or its RSS feed, you are reading a stolen feed. Email bookfoolery@gmail.com for written permission to reproduce text or photos.
Posted by Bookfool at 6:05 AM