Mixed feelings about these: A Reunion of Ghosts by Judith C. Mitchell and Homemakers by Brit Morin

I had mixed feelings about both of these books, so I've decided to pair them up for mini treatment in spite of the fact that one is a novel and one nonfiction. 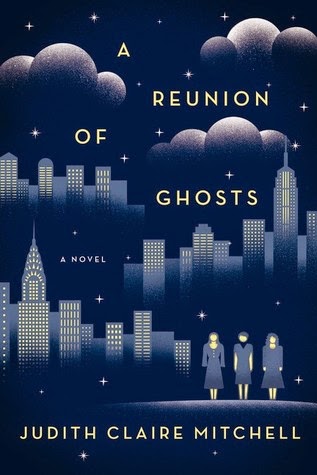 A Reunion of Ghosts by Judith Claire Mitchell is a novel about three sisters who believe their family has been cursed. Their great-grandfather invented a toxin that may have been used to kill millions of people. Since then, every generation has been plagued by suicide or tragedy.

Lady, the eldest, has never been happy and has attempted suicide at least twice. Middle sister Vee has had a recurrence of cancer and is no longer willing to fight it. Delph is painfully shy. None of them have children. They've decided to write their story then commit suicide together.

I was reading A Reunion of Ghosts when I went to get my hair colored, last week, and I realized just how awful it sounded when I described it to my well-read beautician. She scowled; I defended it. The writing is, in fact, very witty and light-hearted. But, the characters are not happy people and you can't help but cling to the wish that the three women will discover some unexpected joy that will stop them from deliberately meeting their maker.

Spoiler . . . only highlight this part if you don't fear having the ending ruined:

They don't.  In fact, it appeared that at least one character was on the verge of changing her mind; certainly, she went through a brief time of self-discovery. But, the ending was not at all what I'd hoped for.

Iffy on recommendation - The writing is excellent - clever, detailed, with an interesting historical perspective (although the idea is based in part on reality, the story is heavily fictionalized and the sisters are entirely fictional). Unfortunately, in the end I was immensely disappointed by the denouement and how it occurred -- and I'm pretty sure I didn't want to know about Albert Einstein's personal failings. The final chapter is sweet, touching, a bit clarifying. But, it wasn't enough to redeem the book for this reader. 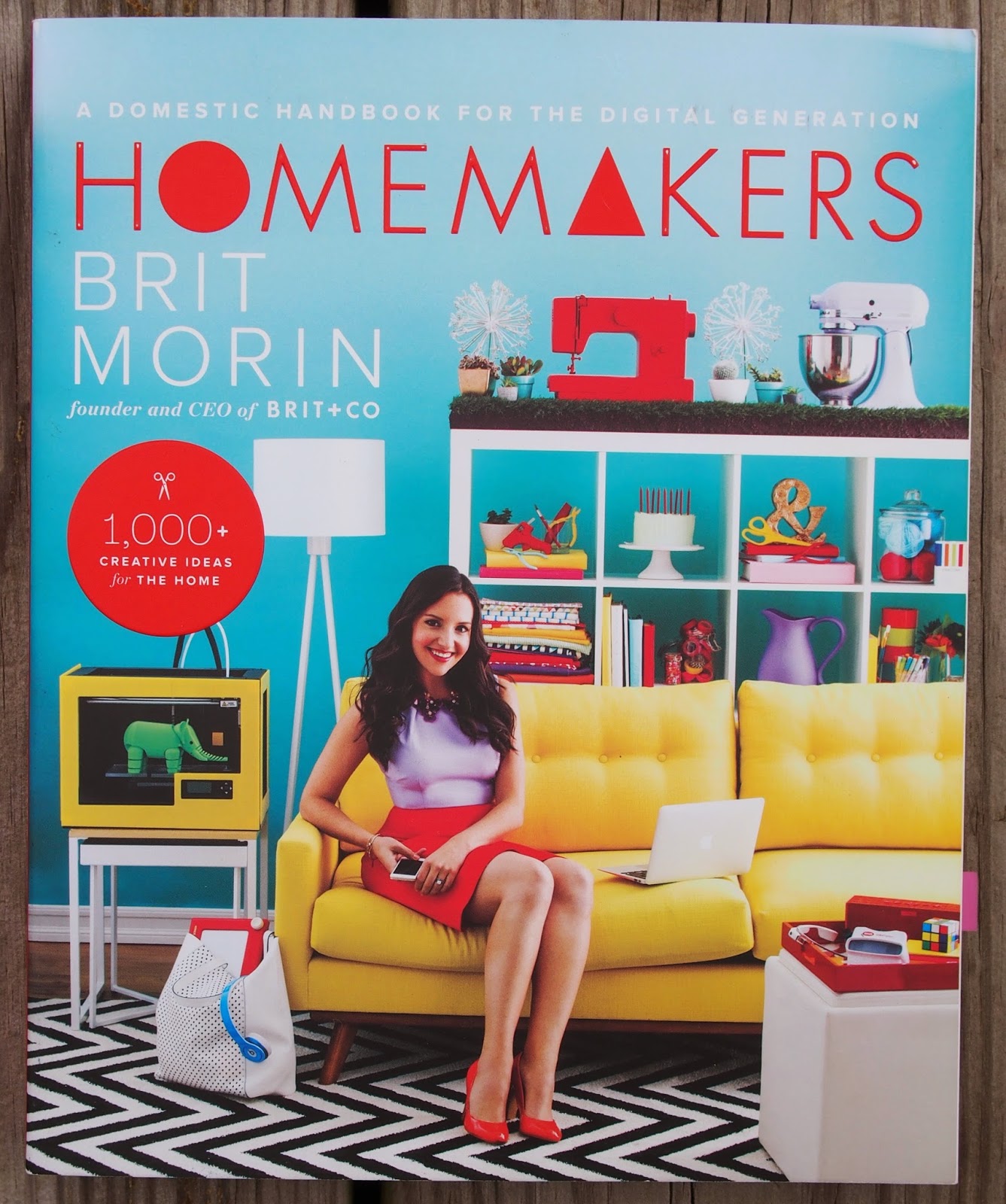 I'm clearly not amongst the target audience for Homemakers: A Domestic Handbook for the Digital Generation, but I like books with clever ideas for things to make and do, so I requested a copy from William Morrow when it became available for review. The author is around my eldest son's age and Homemakers is directed at that generation: youngsters who missed out on the joy (gag) of Home Ec, were not even taught to boil an egg, sew or craft by their mothers, and are absolutely tied to their smart phones. It's about new ways to improve your home life, often using current technology, but also about ideas that are still in the works . . . or will be . . . or at least someone is thinking about them.

I own a pay-by-the-minute phone, which makes a good portion of the book completely useless to me; and, I did grow up in the generation of Home Ec, although I confess it was more burden than learning experience. My mother taught me about sewing and cooking; Home Ec just gave me a chance to try to bribe whichever guy happened to be my current crush into adoring me (during the cooking portions). If you grew up in my generation, have been sewing, cooking and crafting for eons and aren't particularly interested in the latest apps to make your life easier, the most you can possibly get out of this book is a craft idea or two, maybe a recipe or a new way to organize. Probably not. I'm really trying to be kind. For my part, I liked a few simple craft ideas like using milk cartons, concrete and paint to make a couple cute bookend planters and this idea for an inexpensive jewelry board: 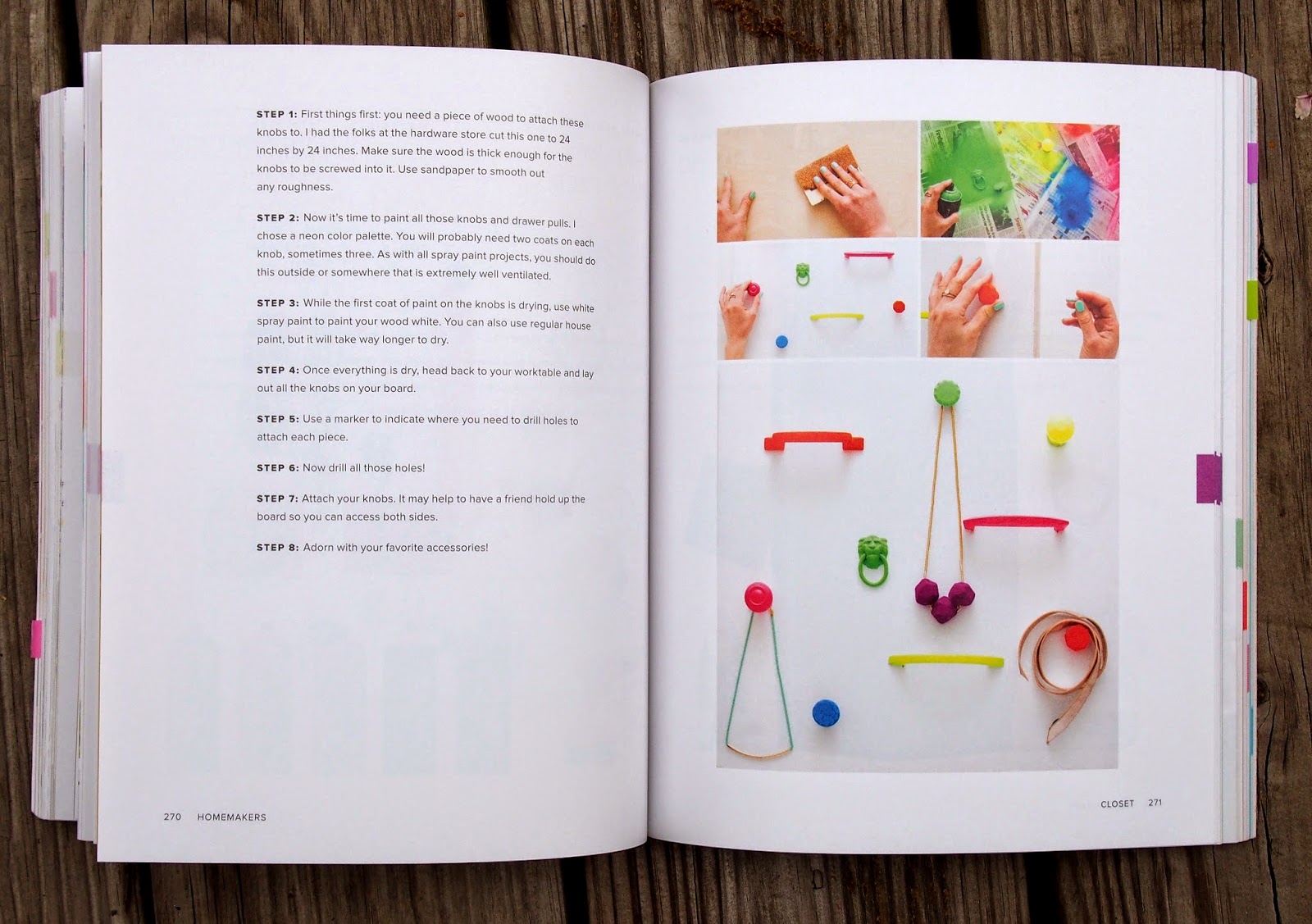 I also marked the URL for a website from which one can order 3-D printed creations but haven't looked into that, yet. Otherwise, the book was pretty to look at, not particularly useful as a guide to domestic bliss. A few problems I had with this book:

1. Much of what the author mentioned being able to do craft-wise via local businesses is likely not even a whiff of an idea where we live. She's in a large city; I'm living in a mostly-rural state that tends to run about a decade behind the trends.
2. The instructions for various crafts often left me with questions. It felt like there were a lot of missing steps. Even when there were illustrations of the steps, I sometimes couldn't figure out exactly what she'd done to get from one step to another.
3. Overuse of the new, dumb-downed word for everything (formerly known as creative ideas, clever tips, brilliant suggestions): hacks. Gah. I hate that word with a purple passion. Only a true hack could have come up with its new use.
4. The author repeatedly pitched her company. If you have the book in hand, I'm guessing it's not necessary for the author remind you she owns a web-based business after she's mentioned it once.
5. No resources. The best of the crafting/idea books I've read over the years have been those that not only provide readable instructions but also include sources, online and otherwise, for obtaining the items used in the book, particularly those that are harder to find. This is especially necessary for those of us who live in the Boonies.

There are also [long] hair and makeup tips, decorating ideas (kind of lame), tips on how to buy glassware (I do not need 8 different types of glasses taking up cabinet space, no), how to pack -- basically, suggestions for things to do in every room of the house, including the closet. There are a million pictures of the author (she's cute but, good grief, it's tiring to see the same person model everything) and lots of pages with merely a grid, space masquerading as room to take notes.

Recommended only to a specific audience - Clearly, in spite of the fact that I found a few crafts that I might maybe want to someday try possibly, this was not the book for me. However, I absolutely love the theme colors and her airy style. They're "in" and they'll go out quickly but I do like the look. Homemakers is relaxing to page through. It's probably of greatest interest and applicability to the 20- to 30-something crowd, as the cover indicates, and I would recommend the book specifically to that crowd. Older and already crafty? Check it out from the library if you're interested.

©2015 Nancy Horner. All rights reserved. If you are reading this post at a site other than Bookfoolery  or its RSS feed, you are reading a stolen feed. Email bookfoolery@gmail.com for written permission to reproduce text or photos.
Posted by Bookfool at 6:26 PM