#Weirdathon stack and some recommendations

It took me a few days to get to the high shelf and I only found one Margaret Atwood book when I did (possibly because the other one I'm looking for isn't in the same category -- the large sci-fi books are waaaay up high) but I've finally gotten my #Weirdathon stack gathered. Here 'tis: 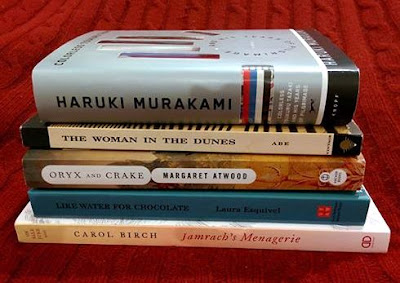 
And, while I was gathering books, I figured I might as well gather a few I've found a little weird (or that others might find odd): 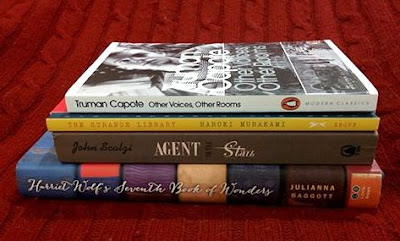 
I liked all four of my weird suggestions, in case you were wondering.

©2016 Nancy Horner. All rights reserved. If you are reading this post at a site other than Bookfoolery  or its RSS feed, you are reading a stolen feed. Email bookfoolery@gmail.com for written permission to reproduce text or photos.
Posted by Bookfool at 1:31 PM