Monday Malarkey - Maybe things will get back to normal, now

Totally for fun:  A shot of Isabel sitting in the window on our snow day.  I thought the light behind her created a lovely, soft effect. 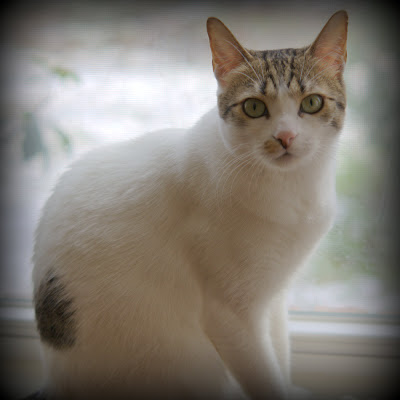 Believe it or not, this is my first post since Kiddo returned to school from Christmas break.  Seriously, school is just beginning tomorrow! Hopefully, that means blogging and blog-hopping will get back to their regular pace.  We tagged along behind Kiddo, this weekend, to help him move back to Oxford with one brief stop in Water Valley, MS: 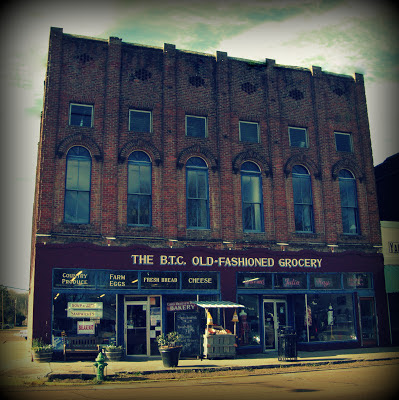 We went to The B.T.C. Old-Fashioned Grocery because Huzzybuns read about it in Food & Wine magazine.  It's the kind of place you go when you want food fresh from the farm and we emerged with cream, milk, freshly-baked bread and some gorgeous strawberries.  The milk was from Billy Ray's Farm.  This might not mean much to anyone who hasn't read the late Larry Brown, but Larry wrote a book of essays entitled Billy Ray's Farm.  At the time the book was published, Billy Ray was still working on fulfilling his farming dream.  It's been quite a while since I read the book but I loved it. I thought of Larry Brown as kind of an "Everyman Mississippi" and just walking out the door with a glass bottle of milk from his son's farm was a kick.

After stopping at Kiddo's apartment, we dashed off for what was intended to be a quick trip to Memphis that became a little bit of a nightmare.  Our first stop was no big deal, a road block to check validity of drivers' licenses.  Mine is all in order and the highway patrolman thanked me politely and said, "Drive carefully."  So, it was a pleasant road block, as road blocks go.  But, after we finished up at our destination (the Pottery Barn and Williams-Sonoma outlet stores), we had a little trouble getting out of Memphis.  Five patrol cars with flashing lights passed us and a million FedEx trucks that were stopped on the same route south (Memphis being a major distribution hub) before Huz decided perhaps The Wife was right and opted to go the long way around. 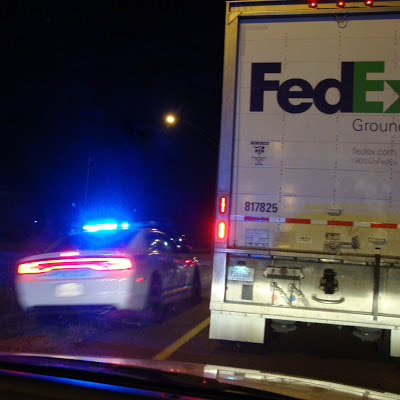 The other route, as it turned out, was also backed up but at least traffic was moving.  There was a point that we started to theorize about why everyone was trying to leave Memphis and nobody was succeeding. Had the plague arrived? Was the zombie apocalypse beginning? Did the ghost of Elvis head back to Mississippi?  At any rate, it was a long day but we arrived home safely with a new end table from the West Elm portion of the Pottery Barn outlet store and the next day I bought a lamp. So, now I have a nice, new reading corner. 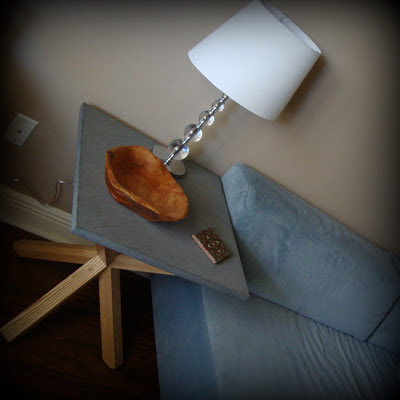 It looks better with coffee on the coaster and a pile of books next to the lamp.  I tossed some change in the bowl and Isabel promptly showed up to check out the table and play with the coins.  This may have just become one of my all-time favorite cat photos: 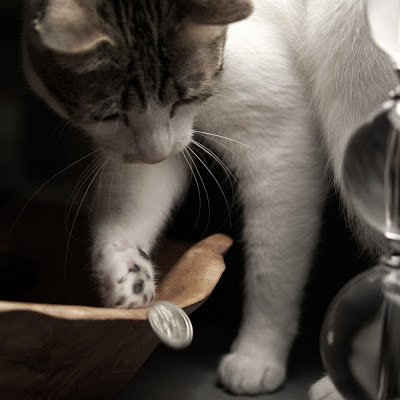 You're probably wondering when I'll mention reading, at this point. Now is the time. As you can see from my sidebar, I'm way behind on reviewing. Again. Hopefully, not having family around will help me knock out some reviews, this week.  I've read 12 books, so far, in 2013 -- 16 if you count the 4 children's books I stopped to read as I was sorting through old children's books to purge.  January is always my best month and then the number I read per month tends to drop off until July or August -- always my low point because the heat makes everything slow down.  I'm currently reading The Aviator's Wife by Melanie Benjamin.  It's an ARC and the release date is February, so even though it was sent by a friend rather than the publisher, I thought it would be fun to read and review before everyone starts talking about it.

I am waiting on two other books, one for tour and one for my book group to share (I'm receiving quite a few copies and they've already all been claimed -- our group leader had to create a first-come, first-served list).  They seem to be taking their sweet time arriving and I confess I'm getting a little anxious about them.  One of them is due for tour in 9 days but it's not here yet.  The box of books for my book club will need to be distributed for February discussion.  I hope neither has been lost in the mail.  I'll let you know what happens.

UPDATE:  The Tutor's Daughter by Julie Klassen has arrived!  Woot!  It's the book I'm to tour on the 29th.

I missed the presidential inauguration, today, so I'm off to read a transcript of Obama's speech.  I've heard it was uplifting.  Happy Monday, MLK, Jr. Day and Inauguration Day!  Even if you're not from the U.S., at least one of those works.

©2013 Nancy Horner. All rights reserved. If you are reading this post at a site other than Bookfoolery and Babble or its RSS feed, you are reading a stolen feed. Email bookfoolery@gmail.com for written permission to reproduce text or photos.