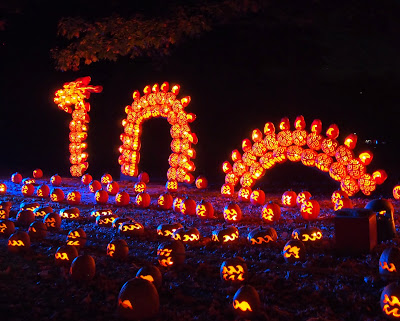 I'm still way behind on full reviews but here's a wrap-up of October's reads with links to reviews, where applicable . . . no dragons in any of them:

111. Perfect Ruin by Lauren DeStefano - The first in a new dystopian YA series about life on an island in the sky, Internment.  Beautiful writing, great story, can't wait for the next in the series.

112. A Great and Complicated Adventure by Toon Tellegen & J. Ahlberg - Absolutely loved this book of short stories for children. They don't always feel complete and yet they're so charming and sweet that it oddly doesn't seem to matter.

113. The Goldfinch by Donna Tartt - Nearly 800 pages.  I could have done without the detail of the protagonist's drug use but I stand in awe of Tartt's writing.  It is quite amazing. One of the most engrossing chunksters I've ever read.

114. Woman in the Dark by Dashiell Hammett - A short "romantic mystery" that has little substance.  While I appreciate Hammett's style, this is not his best.

115. The Compound by S. A. Bodeen - Post-apocalyptic story of a family living in a huge underground compound after wealthy dad says the country has been hit by nuclear bombs.  But, then you find out dad's off his rocker. I liked it a lot but felt like it was missing the depth needed to make it a really great story.

117. The Radleys by Matt Haig - An abstaining vampire family has issues after the daughter (who doesn't know she's a vampire) decides to go vegan and then has to bite someone in self defense.

118. Seize the Day by Saul Bellow - A day or two in the life of a man who is divorced, has lost his job, hates city life and has a father who thinks his child wants his money. I noticed one reviewer said, "He's just seeking redemption." That makes sense to me.  It's really about a man who wants to get his life straightened out but he doesn't know where to begin. Very different writing from what we see today, heavily internal.

119. The Tilted World by Tom Franklin & Beth Ann Fennelly - My favorite of the month, although there are a lot of great books on this list.  A revenuer, a bootlegging woman and a baby cross paths during the Great Flood of 1927.  Excellent storytelling, the kind that is often so pretty that you find yourself rereading a sentence a couple times, just for the joy of letting it roll around in your head.

120. Blaming by Elizabeth Taylor - My first Elizabeth Taylor was her last, a sad tale of widowhood, an unlikely friendship and a suicide.  Everyone blames everyone else for things that don't go quite right.  While the story is not upbeat, I loved her writing style - especially the way she describes conversations with children.

121. Snow on the Tulips by Liz Tolsma - The story of a man who is lined up to be executed but survives and is sheltered in the home of a woman who lives near the canal where he was shot.  A romance, really, more than a WWII story but it's based on the true story of a man who survived execution and was briefly sheltered.

©2013 Nancy Horner. All rights reserved. If you are reading this post at a site other than Bookfoolery  or its RSS feed, you are reading a stolen feed. Email bookfoolery@gmail.com for written permission to reproduce text or photos.
Posted by Bookfool at 12:14 PM