Quickie reviews - The Martian by Andy Weir, The Riverman by Aaron Starmer, The Big Needle by Ken Follett

A few quickie reviews to help me catch up.  Of the following three books, only one is an ARC: The Riverman by Aaron Starmer. The other two books are from my personal library. 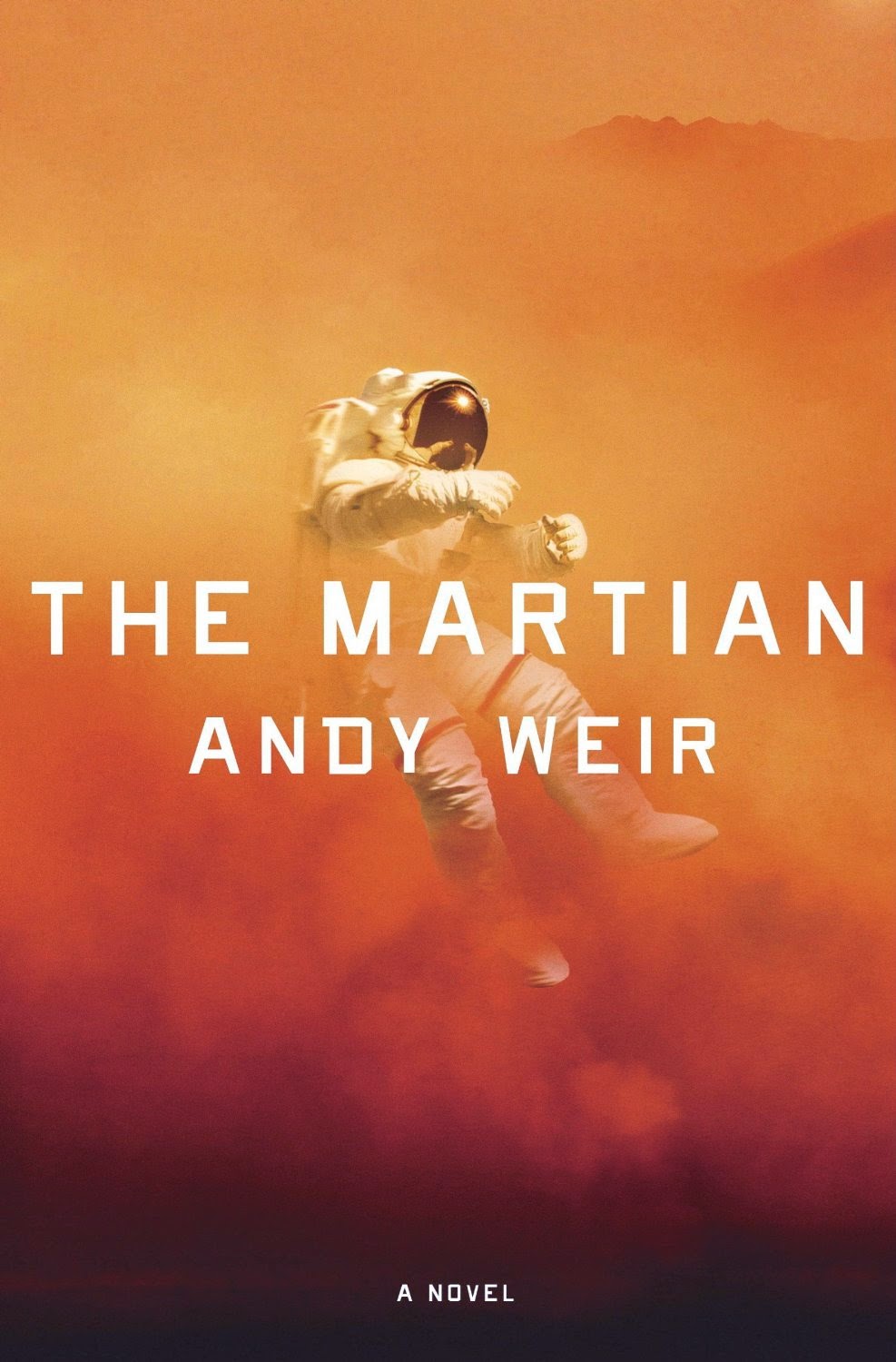 The Martian by Andy Weir is a recent release. I looked it up after I noticed a bit of buzz and saw that Andi was reading and enjoying it. That fabulous cover art was also undoubtedly part of the reason I was seduced into buying. Before Andi finished reading her copy of The Martian, mine had arrived so I was relieved to find out she gave it 4 stars.

When a dust storm cuts an expedition to Mars short after only 6 days and astronaut Mark Watney is presumed dead, he is left alone on Mars with little chance of rescue before he runs out of food. The dust storm has left him without a working communication system to inform NASA that he's alive.

The Martian has been compared to all sorts of things -- McGyver combined with Robinson Crusoe,  Apollo 13 with a touch of The Castaway. It's a little of all those, I suppose. Although the science and engineering that go into the inventions and alterations Watney makes to stay alive can be difficult for a non-technical person to follow (Marg called it "hard-core" sci-fi), the story is never dull. Most of the book is told from Watney's perspective but now and then the book veers to Earth or to the ship carrying his crew mates away from Mars.

While the book is not without its flaws, they're minor and I so completely enjoyed the ride that I gave The Martian 5 stars. Watney is a delightful, clever and likable character with terrific sense of humor; and, the pacing is excellent. Boy, was I glad I spent some of my Christmas gift card money on The Martian! I'll definitely revisit this story and highly recommend it.

Engineers and scientists will probably get a special kick out of The Martian.  Also of interest: Michele of A Reader's Respite and The Lit Asylum (Tumblr) says the audio is excellent if you're more of an audio person. I am not, but I'm planning to see if my library has a copy, just for fun.

Side note:  The Martian's opening line is a new favorite: "I'm pretty much f***ed." So much said in so few words. 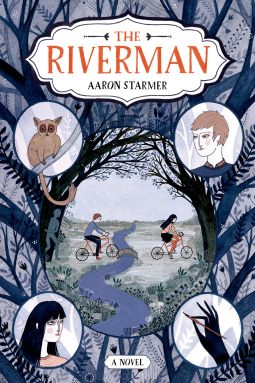 The Riverman by Aaron Starmer says it's for ages 10-14 but I would be careful not to go too young because it seems like potential nightmare-inducing territory to me. Having said that, The Riverman -- about a girl named Fiona who has found her way to a magical place where she can create her own world by telling stories -- is fanciful and fun.  It's also incredibly realistic, at times.

When Fiona shares her story with Alistair, it's with the hope that someone will know where she's gone if a dangerous creature known as "The Riverman" steals her soul and she goes missing in the real world. Alistair is convinced that the world Fiona describes doesn't really exist, that it's a story she's created as a defense mechanism to help her forget problems in her real life.  But, what if she's telling the truth and there is a Riverman who steals children's souls?  Is there anything that Alistair can do to save Fiona?

I found The Riverman fascinating, creative and surprisingly gripping, with believable characters, particularly in the Real World portions of the book. Alistair and Fiona are outcasts and dreamers but Alistair is also an 11-year-old with a rebellious streak. I found Alastair very realistic if slightly dense, at times. The ending of The Riverman unfortunately was a little too nebulous for my taste and left me feeling like I'd had the rug swept out from under me. However, I liked the book enough to only take off a point for its disappointing ending. Recommended, but I'd advise caution to those with particularly sensitive children on the lower end of the recommended age spectrum. I gave The Riverman 4 stars. 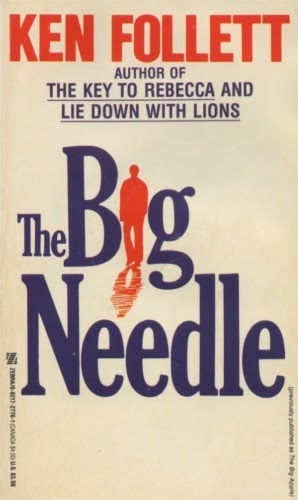 The Big Needle by Ken Follett was originally published in 1974 and made its way to a U.S. publisher in 1975.  His website says Ken Follett "burst into the book world in 1978 with Eye of the Needle", so The Big Needle predates his first truly successful book. I'm not surprised this early book was not the book that made Follett a household name.

There were hints of what was to come in his future mystery/thrillers but The Big Needle is clearly the work of a writer who had not yet fine-tuned his writing. The hero is a wealthy man whose daughter is near death from an overdose and he wants revenge. He investigates, attempting to work his way up to the top boss, the drug lord guilty of shipping heroin into England. During the investigation, he's pretty casual about killing anybody who gets in his way.

A big negative: As in many books from the era, there is a rape in which there are no lasting emotional consequences. Grrr.  On the positive side: It was kind of cool to see the old usage of "an" with a word beginning with "h" (as in, "an hotel").  Nice reminder that not long ago students were taught that now-defunct English rule.

Overall, The Big Needle was interesting but not a particularly cohesive story so I gave it 2 stars and it will be going out the door.  Not recommended unless you're simply curious about Ken Follett's early writing. I've been a fan of Follett since I read The Eye of the Needle and The Key to Rebecca and found that I could clearly spot the elements that Follett continued to use, altered or dropped in the breakout novels that followed.  It was fun pondering the differences between The Big Needle and later works.  However, I probably would not have made it all the way through the book, had it not been a mere 175 pages long. His books have just kept growing in length, haven't they?

©2014 Nancy Horner. All rights reserved. If you are reading this post at a site other than Bookfoolery  or its RSS feed, you are reading a stolen feed. Email bookfoolery@gmail.com for written permission to reproduce text or photos.
Posted by Bookfool at 8:00 AM