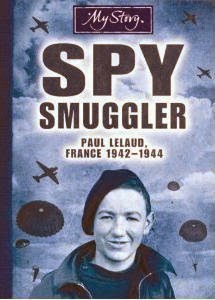 Spy Smuggler: Paul Lelaud, France 1942-1944 by Jim Eldridge is the fictional tale of a French teenager living in occupied France.  During the invasion, Paul's father was killed fighting on the Maginot Line, so Paul and his mother have moved in with her brother, a baker.

Paul thinks Uncle Maurice is a coward. Instead of fighting the Germans, he keeps his head down and insists that it's important to get along with them to prevent getting killed. But Uncle Maurice is actually quietly involved in the Resistance.

Spy Smuggler is a well-drawn tale of life in an Occupied France during WWII. Among other things, Paul has Jewish friends who are deported. I thought the author did an exceptional job of placing the reader in the shoes of a young boy who is old enough to feel like he needs to get involved in the fight to get his country back, old enough to understand that terrible things are happening but just innocent enough not to have a full perspective and to need the gentle guidance of his uncle. When his Jewish friends are deported, the story becomes particularly gripping and realistic.

Spy Smuggler also describes the two resistance factions in France and their differing methods as Uncle Maurice and his little circle are placed in danger when the Maquis choose killing over more subtle methods, leading to Nazi retribution.

I've read 2 books from the My Story series and when I read the first I was irritated to find that what I thought was a real-life diary was, in fact, a fictional tale.  I just looked up the series and it appears that Scholastic has listened to complaints about the misleading covers that did not list an author name as the authors' names appear on the most recent releases from the series, at least in the UK. Here's a list of the My Story titles for boys.

Spy Smuggler also contains a timeline of events relevant to the story and a number of period photographs at the back of the book.  I love the extra information included in the My Story books.

Highly recommended for children or adults seeking to learn more about life during WWII. 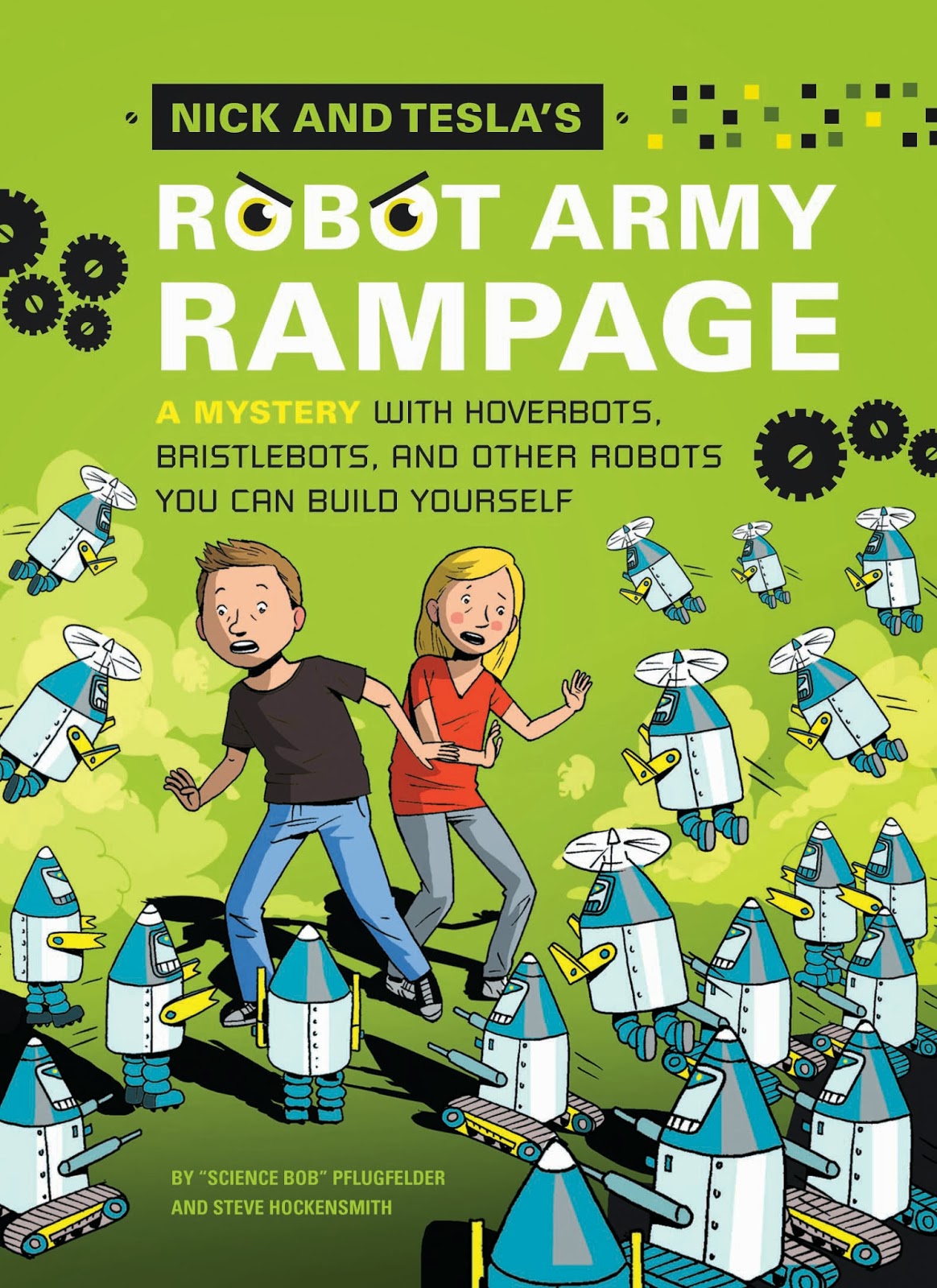 Still living with their nutty absent-minded scientist uncle, Nick and Tesla are surprised to find that their favorite store -- a junky place with loads of fun gadgets and parts for their science experiments -- has been cleaned up; and, equally stunned when their uncle becomes interested in the new owner, a mechanical engineer specializing in robotics. When local businesses become victim to a series of burglaries, Nick and Tesla decide to investigate.

To figure out what's going on, Nick and Tesla must build new gadgets, including tiny robots meant to look like bugs.

The Nick and Tesla series is such fun it almost makes me wish I had children at home so that I'd have an excuse to build little robots.  In this case, I got an ARC that doesn't actually contain one of the templates but I'm sure I'll be able to figure it out if I try.

Highly recommended - Science, mystery, things to build.  What could be more fun? I think the Nick and Tesla books would be especially fun for homeschoolers or parents seeking to keep their children entertained (although you do need to help out with the building process) during breaks from school.

©2014 Nancy Horner. All rights reserved. If you are reading this post at a site other than Bookfoolery  or its RSS feed, you are reading a stolen feed. Email bookfoolery@gmail.com for written permission to reproduce text or photos.
Posted by Bookfool at 11:29 AM