The Taste of Apple Seeds by Katharina Hagena 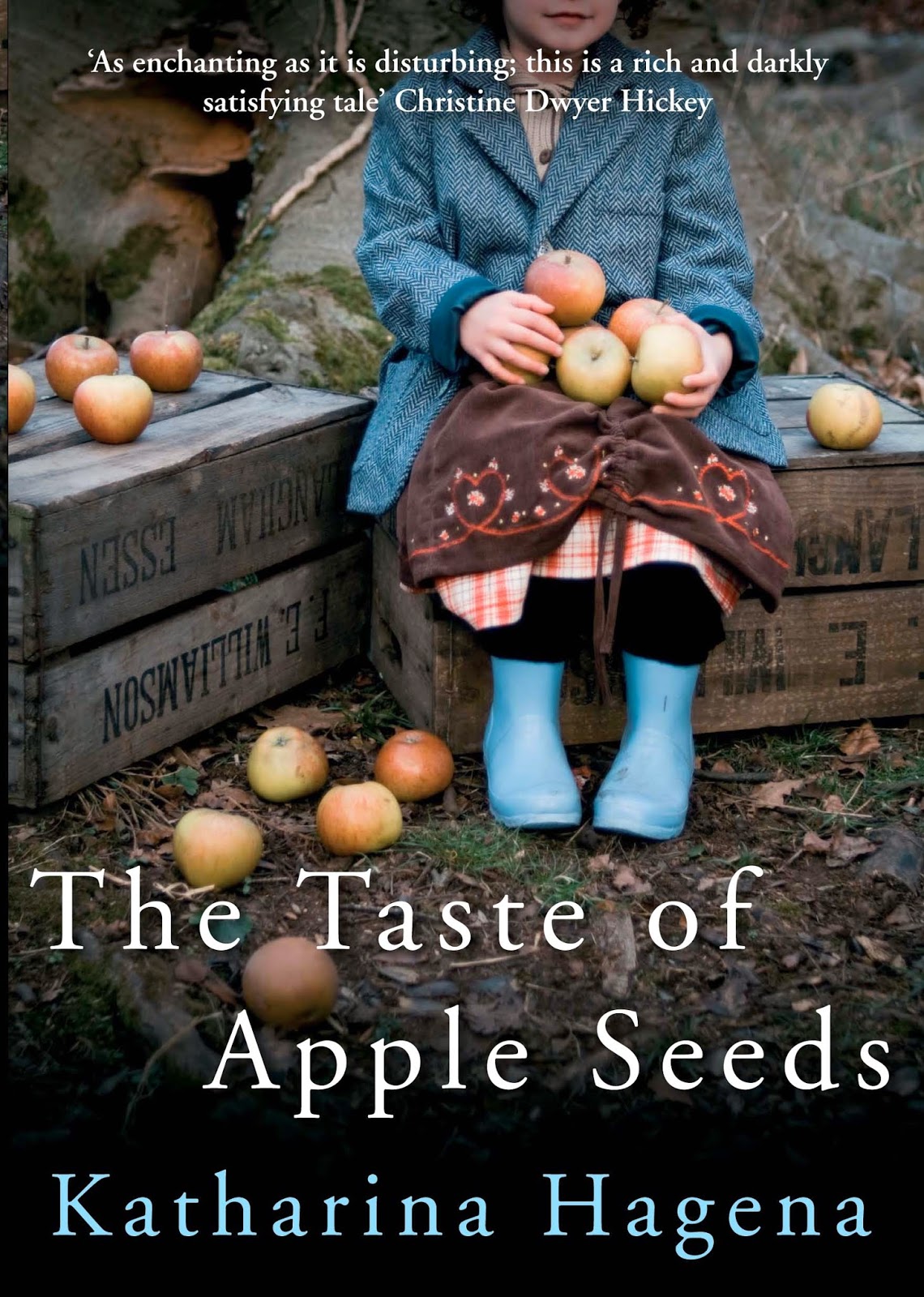 I'm back!  Did you miss me?  No Malarkey, this week, due to Internet disaster followed immediately by minor illness.  Diving right in . . .

Everyone must reach a certain point where they have too many memories.  So forgetting was just another sort of remembering.  If you couldn't forget anything, you couldn't remember anything, either. Forgetting was an ocean that enclosed islands of memory.  It had currents, eddies, and depths. Sandbanks would sometimes appear and join up the islands, sometimes the islands would disappear. The brain has tides.  In Bertha's case the incoming tide had come and swallowed the islands whole. Was her life lying somewhere on the ocean bed and Herr Lexow didn't want anyone snorkeling around down there?

Alcohol made me stupid. Blacking out, shutting down, unconsciousness--I know about all the terrible things that could happen when drinking. And I hated it when Rosmarie and Mira drank wine. When they became loud and laughed excessively, it was as if a huge television screen had appeared between us.  Through the glass I could watch my cousin and her friend as though I were watching a nature documentary about giant spiders with the sound turned off.  Without the sober commentary of the narrator these creatures were repulsive, alien and ugly.

The Taste of Apple Seeds by Katharina Hagena was on the bestseller list in Germany for two years but it took some time to reach the English-speaking world.  I got a copy from HarperCollins for review, primarily based on the fact that it contains some magical elements and was compared to books by Alice Hoffman and Sarah Addison Allen. The Taste of Apple Seeds is a book about love and loss, painful memories and facing up to both the past and the future, with a touch of magical realism.

Iris is the main character in the book and she's conflicted.  She's a librarian who has given up reading (I'll bet a lot of people hate that about the book; I just thought it was incredibly odd). When she inherits her grandmother's sprawling farm house, she's not sure she wants it at all.  The house reminds her of all the loss and grief her family has been through during the past three generations. But, as Iris spends time biking around the local village and remembering the past, she connects with the brother of her childhood best friend and learns some surprising new details about her family's history.

Things I disliked about The Taste of Apple Seeds:  I tend to dislike slow, quiet, internal books and that is exactly how I'd describe The Taste of Apple Seeds.  Because it's set in Germany, it also took me a little while to adjust to the location. I was actually quite envious of the way Iris was able to bike around everywhere and found it somewhat bizarre that she was constantly throwing off her clothing (as were other characters, mostly in romantic situations) to swim or doing unusual things like riding her bike in a ball gown.

Overall, The Taste of Apple Seeds is a melancholy book, although I was happy when I closed it, which means it ended on a high note.  There are some very strange scenes and a little bit of awkward dialogue but in general I thought the translation was very good.  Although I never felt fully connected to Iris and the book was a bit too slow of pace, I felt like I understood where the author was coming from with the intertwining themes of love and loss.

Occasionally, a sentence would throw me:

The grass was starting to straggle, but it couldn't have been mown more than four or five weeks ago.

I didn't understand that sentence.  Is it saying that Iris wouldn't expect a yard to get straggly in four or five weeks?  The book takes place during a German summer so that baffled me.  Our yard would get straggly in a week, during the summer months.

Memory -- the pain of bad memories, the horror of losing one's connections completely as Alzheimer's does its damage -- is a heavy theme in The Taste of Apple Seeds:

Her brain silted up like a riverbed. Then the riverbank began to crumble, until large chunks fell crashing into the water.  The river lost its form and current, its natural character. In the end it didn't flow anymore but just sloshed in all directions.

Things I loved about The Taste of Apple Seeds: I loved the way the family's tragic past and its secrets were slowly revealed.  I liked the fact that the story was primarily about women, memories, love and grief.  I adored the setting and I thought the touches of magical realism (an aunt who sparked and shocked people when she touched them, berries that turned white after a death, etc.) added a unique touch.  Occasionally, there were sentences or paragraphs that reminded me of my favorite author, the kind of sentences that stop you in your tracks, so lovely that you feel obligated to reread them several times.

And, I absolutely loved the fact that Iris didn't bring enough clothing to the funeral so she went rooting around to find dresses to wear in the old collection of party dresses and gowns stored in the house.  There is something delicious about the idea of swishing around in an old farm house wearing a golden ball gown or a lacy party dress.

Recommended - A melancholy story about a woman who reflects on the tragedies of loss in her family, including loss of memory itself, while considering her future.

The Taste of Apple Seeds has been translated from the German by Jamie Bulloch.

I spoke to the translator of The Taste of Apple Seeds a bit, after I tweeted positive thoughts about the book and he responded.  He said he believes the book is largely misunderstood amongst English-speaking readers and from a glance at Goodreads, I can see that's certainly the case. You have to be willing to indulge the author a little, let her take you to dark places and view those little touches of magic as an exploration of grief rather than hope, I think.  I've experienced enough loss in my life that I found myself relating a bit, but I can understand why people might have trouble getting through The Taste of Apple Seeds; the overwhelming tone is one of gloom, even if it ends on an upbeat note.

I've watched the film trailer and unfortunately, since I don't speak German, I couldn't understand a word.  But, it's not available in the U.S. anyway, much less with subtitles, although the film does appear to be accurate to the story.  If I could, I would watch the movie in German for the visual experience alone.

For those of you in the cold territories who are longing for a glimpse of spring: 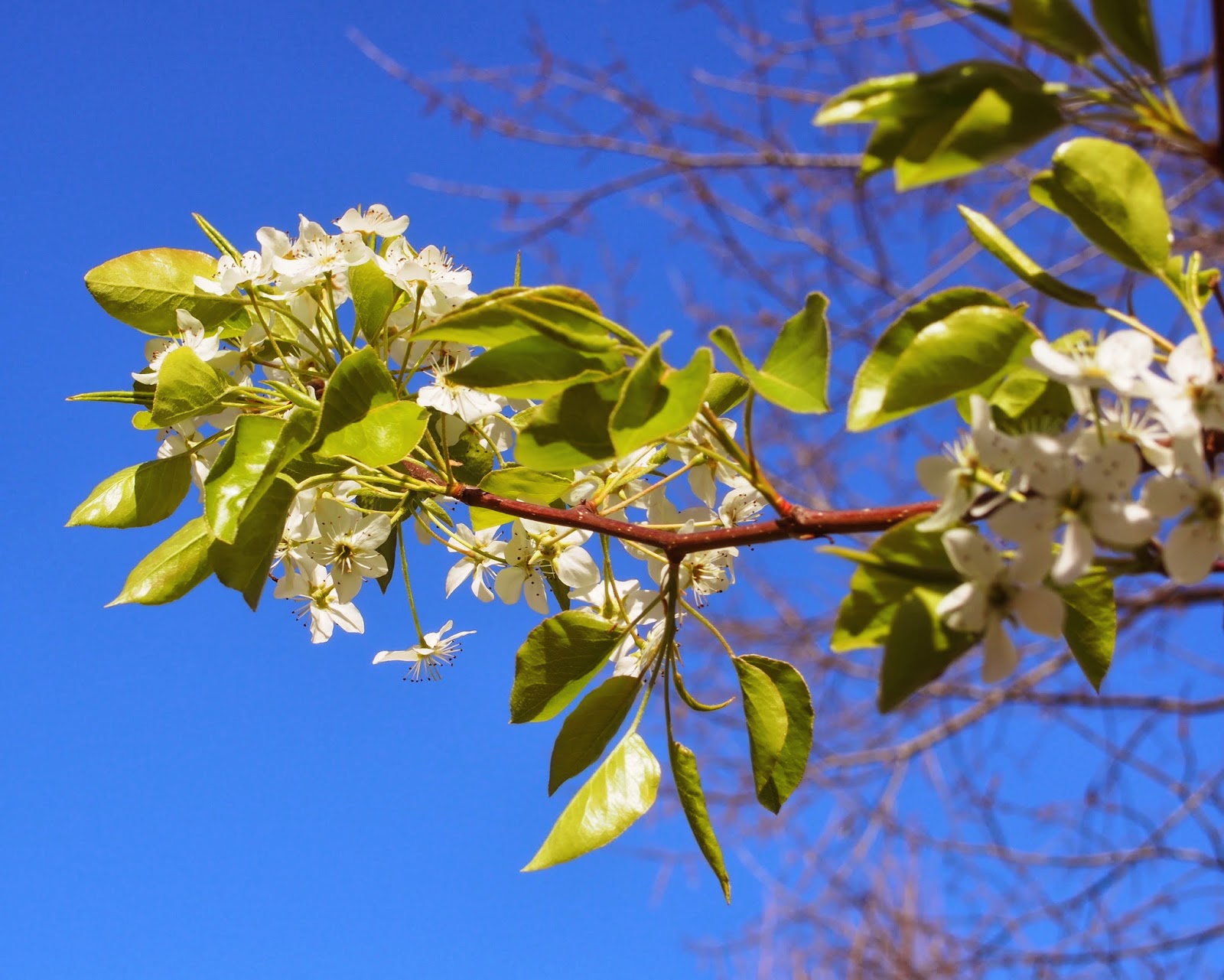 ©2014 Nancy Horner. All rights reserved. If you are reading this post at a site other than Bookfoolery  or its RSS feed, you are reading a stolen feed. Email bookfoolery@gmail.com for written permission to reproduce text or photos.
Posted by Bookfool at 5:09 PM