Anyone who follows me on Twitter or Facebook and has read this week's posts will already know this story, but I figure it's worth sharing. This has been a harrowing week for cat mommying. I had a birthday and Huzzybuns surprised me with flowers and chocolate: 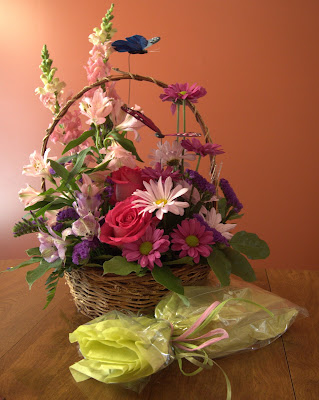 This is a big, fat, hairy deal. I was 17 when I met my husband and now we're grandparents. In the many years we've been together, he's maybe bought me flowers 3 times. I let the cats sniff the flowers under supervision (Izzy's actually sniffing one of the whimsical butterflies added to the arrangement, in this photo): 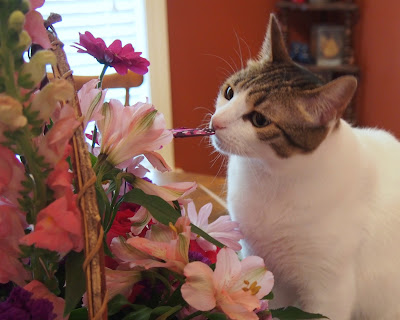 They didn't seem all that interested after a thorough inspection; and, I wanted to keep the flowers in a prominent place where I could admire them. So, I left them on the dining room table. Big mistake. The next morning, I started up my computer, walked away, and found Isabel in the process of eating some of the flowers. 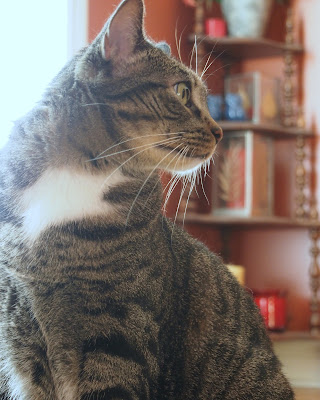 I hurriedly swept the flowers away, looked up the florist Huz used, located a photo of the arrangement (which included the names of the flowers), identified the blooms I'd caught her eating, and checked to see if they're dangerous for cats to ingest. She had been munching on larkspur. Sure enough, larkspur is toxic to cats. I called my veterinarian's office and they said, "Bring her in."

The vet swept her away after telling me what he planned to do and said she would need to spend the night. It was a long, long night and an equally long day. He wanted to keep her a full 24 hours to make sure she had the toxin out of her system before leaving. Not long after she threw up the flowers, the vet later told me, she began salivating -- an early symptom of the toxic effects. However, she improved quickly and never did show any neurological symptoms, thank goodness. She was every bit as happy to be home as we were to have her back.  Fiona gave her two sweet eskimo kisses. This photo was taken just before Kiss #2: 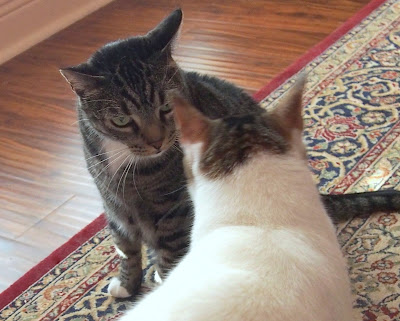 And, here you can see that Isabel was pretty perky after she arrived home. This was taken an hour or two after our return from the vet: 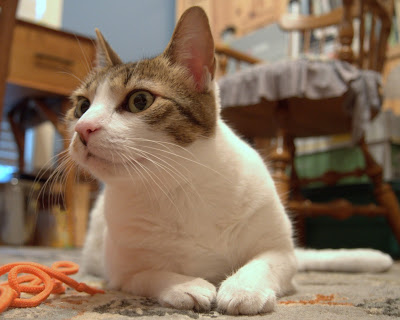 I've never been so happy to wake up with both cats nearby as I was this morning. Izzy seriously turned on the charm. 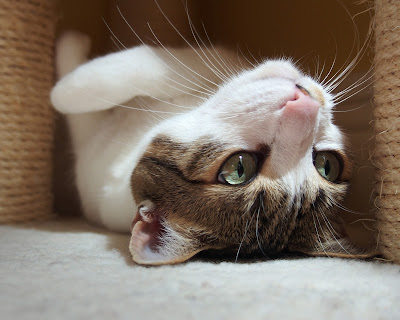 Meanwhile, Fiona (whose favorite box recently was replaced with an equally small but stronger version . . . she will not be mailed, priority or otherwise) admitted to enjoying a night as Only Cat but was perfectly content to have her sister back in the house. 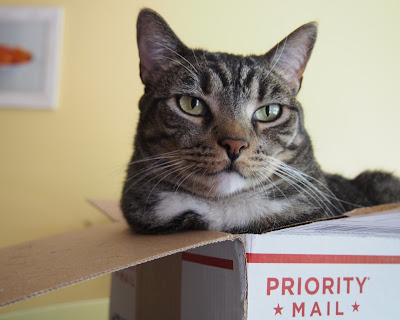 And, the flowers are now safely out of reach. Any future flower gifts will go directly to the mantel. 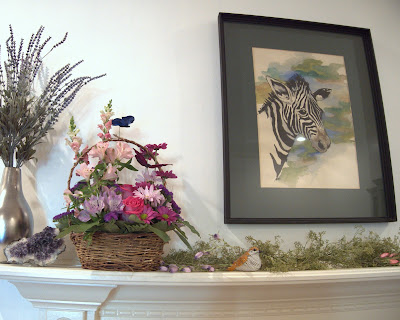 ©2015 Nancy Horner. All rights reserved. If you are reading this post at a site other than Bookfoolery  or its RSS feed, you are reading a stolen feed. Email bookfoolery@gmail.com for written permission to reproduce text or photos.
Posted by Bookfool at 7:44 PM