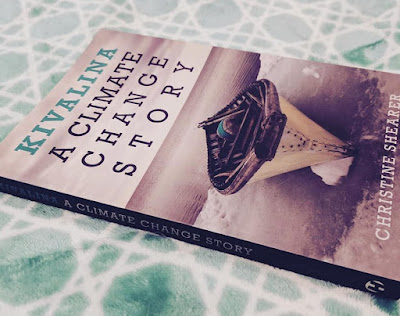 Climategate is emblematic of the "discourse of doubt" deliberately employed by the fossil fuel industry and its allies. This discourse sets up certainty as the only acceptable standard for acknowledging and thus acting on climate change, while simultaneously manufacturing uncertainty, to ensure such certainty is never achieved. Demanding certainty is also a deliberate misrepresentation of science, as science consists of gathering and assessing reliable data, producing replicable results, establishing areas of consensus, and building on the findings for greater understanding, while acknowledging areas in need of further research. In demanding certainty while manufacturing uncertainty, industries can forever frame the discussion as "the science is out and more research is needed," delaying regulations indefinitely even when evidence of harm and danger is overwhelming.

While downplaying and attacking government science, those opposed to regulations have also drummed up support by funding research institutes, such as the Harvard Center for Risk Analysis, that produce primarily dire economic analyses of the possible consequences of regulation. Such reports have contributed to a widespread public perception that regulation in any form is inevitably expensive [...] These analyses seldom factor in, however, the costs already borne by society due to increased sickness and disease and thus medical care, as well as environmental degradation and clean-up -- public costs that therfore act as invisible subsidies to industry. Such cost-benefit analyses also systematically downplay or ignore the value and benefits of a healthy society and healthy ecosystems.

Under the New Jersey and Rhode Island courts' reading, since former lead paint manufacturers do not presently "control" the premises containing lead hazards, meaning they do not own the buildings, they are not liable -- a decision deliberately ignoring the evidence suggesting that the companies knowingly created the nuisance in the first place.

The growing understanding of anthropogenic warming has been a process of international, cross-disciplinary scientific inquiry and collaboration going back more than a century. Weather refers to atmospheric conditions including temperature, wind, and precipitation over a short period of time, while climate measures the mean (average) and variability of weather over a relatively longer period of time. The term "global warming" describes the increasing average surface temperature of the earth due to steady buildup of heat-trapping gases in our lower atmosphere, while "climate change" more fully captures the scope of the effects.

More evidence of anthropogenic warming was unearthed in the 1980s, as samples of ancient air trapped in ice cores showed correlations between carbon dioxide levels and temperature. A two-kilometer-long ice core drilled in 1985, carrying a 150,000-year record, showed carbon dixoide levels rose and fell in line with records of past temperature shifts. Records going back 800,000 years show carbon dioxide levels got as low as 180 parts per million (ppm) in cold periods and 280 ppm in warm periods, but never higher. In 1980, the concentration of carbon dioxide in the atmosphere was 340 ppm. As of 2011, it is about 390 ppm and rising at an average rate of about 2 ppm per year.


First, a note. Kivalina: A Climate Change Story was published in 2011 and there is no update  reflecting what has happened since publication, although I just looked up the "current concentration of Co2 in the atmosphere" and Google tells me it was up to 405 ppm in 2017. In spite of the book's age (things are definitely changing fast), the book is still revelant because it's not just about the battle against rising water in a single island town. Instead, fully half of the book is about how corporations were allowed to grow and thrive, quickly giving them more rights than individuals, how and when human-driven climate change was first discovered and acknowledged (over 100 years ago) and how and why we have been deceived by corporations in ways that are not just damaging but deadly. It even describes how the American justice system has favored corporations over individuals, over the past century.

If you've read The Radium Girls and felt like screaming at the injustice, you'll feel the same about Kivalina. Rather than just describing climate change, it goes into other known hazards that were deliberately covered up by corporations who benefitted from the production of harmful products: leaded paint, tobacco products, and asbestos (which has never been banned and is actually making a comeback, in spite of being a known carcinogen) are the major products discussed.

The second half of the book is dedicated to Kivalina itself, a small island in Alaska. The history alone is rage-inducing. The children of Alaskan natives, now in "a small Inupiaq village that sits on a barrier reef island", were forced to attend a school where they would be taught like white people, deliberately keeping the children from being taught the traditional ways of their people, in the last century. Their school was built on the island of Kivalina in 1905, forcing families to relocate to the island. They're a people who practice subsistence living and the government tried to stop that, as well, but did not succeed. When climate change began causing the ice to melt sooner, removing protection from the island during storms and eating away at its shores, the islanders sought help relocating their population. They selected a location that works for continued subsistence. But, it turns out there is not a single U.S. government entity that has been created for the purpose of helping people relocate due to climate change.

Highly recommended - I'd like to see an update added to Kivalina: A Climate Change Story because the only articles I can find online are outdated (although there is still a website dedicated to amassing funds for a future move and info online indicates that the island is expected to completely disappear by 2025) but even slightly outdated the book serves the purpose of educating readers about how they've been deceived. It is equally fascinating and horrifying to find out just how far corporations will go -- to the point of letting people die -- to suppress important information about health and well-being in the name of making money. Everyone should read this book. It's a little on the dry side, especially in the first half. At times, I felt practically assaulted by information. But, it's incredibly well-researched, organized, and intelligently presented.

Note: I tried to adjust the color of the photo, above, and couldn't get it to come out quite right. The book is actually closer to black and white with a slightly brownish tinge -- nowhere near as brown as it looks. I bought my copy of Kivalina: A Climate Change Story from Haymarket Books.

And, just FYI, Haymarket Books is currently having a sale on books on "black liberation". I placed an order so I can have some reading material for Black History Month and thought that was worth sharing (black liberation titles are 50% off). I can't wait till they arrive! I've been very happy with all of the Haymarket titles I've purchased.