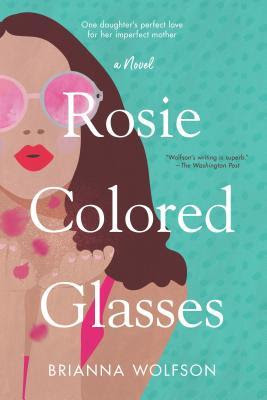 Rosie and Rex are opposites. Rosie is brimming with life, loves color and sparkle and disorder. Rex is organized and disciplined. When they meet, it's because Rosie has done something Rex would never do. And, yet, there's a spark between them when they meet again, and they begin to date. He doesn't approve of her marijuana use and is uncomfortable with the chaos that surrounds her. She thinks he's a little stiff. And, yet, somehow he is charmed with her and she finds comfort in his stability. They fall in love and marry.

Willow and Asher adore their mother. On days that they go to Rosie's house, they know they'll get to watch movies, eat sugary things, wear matching pajamas, and have fun. On the days they stay with their father, they have to follow detailed lists. They never get to cook or dance. Rex doesn't pay as much attention to them as Rosie does. Rex's house is just not fun and sometimes he becomes very angry when they don't follow the rules.

But, Rosie is becoming increasingly unstable and unpredictable. Sometimes she comes late to pick them up from school. Sometimes, Rex arrives instead. Willow is stressed. She's bullied at school and the sharp differences between her parents aren't helping. When Rosie spirals out of control, what will happen? Asher is adaptable. But, can Rex be the parent that Willow needs him to be? Or, has he been showing his love all along in ways that Willow hasn't noticed?

In alternating chapters, the reader experiences the unfolding romance and collapsing marriage of Rosie and Rex alongside Willow's story as she navigates divorce and bullying then observes her mother's downward spiral.

Highly recommended - A gut-wrenching read, at times. Rosie appears to be bipolar, although that's never stated. Rosie Colored Glasses is about mental illness, love, parenting, addiction, grief, romance, marriage, divorce, bullying, and being yourself. It's heartbreaking and uplifting and sad and beautiful. I imagine this book will stick with me hard for some time to come. The author says it's based on her own childhood and I actually wondered about that, as I was reading. It seemed awfully detailed for mere imagination. Not that authors can't be that creative but often when a book is that vivid there's at least a little of the author's story tucked in there. Be prepared; Rosie Colored Glasses is an emotional read, but thought-provoking and meaningful on so many fronts.

I received an ARC of Rosie Colored Glasses from Harlequin in exchange for my unbiased review. My thanks to Harlequin/MIRA!