Break to slobber over new books

I'm officially on a strict budget, now that we've put Kiddo's spring tuition on the plastic rectangle of debt doom, but I've received a bunch of ARCs, in the past couple of weeks, and had a bit of a splurge at Off-Square Books in Oxford during last weekend's quickie vacation. 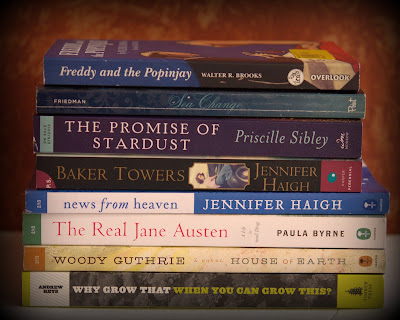 Freddy and the Popinjay by Walter R. Brooks - purchase
Sea Change by Aimee Freedman - swap
The Promise of Stardust by Priscille Sibley - from Wm Morrow for review
Baker Towers and News from Heaven by Jennifer Haigh - from Harper for review
The Real Jane Austen by Paula Byrne - from Harper for review
House of Earth by Woody Guthrie - another Harper book, which I'm struggling to get through.  There's a 28-page sex scene, if I counted right . . . maybe longer.  Yeeurgh.
Why Grow That When You Can Grow This? by Andrew Keys - a Twitter prize win from Timber Press (very exciting as we're really looking forward to working on the garden areas at our new house in the spring) 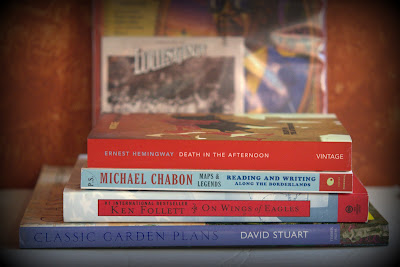 Death in the Afternoon by Ernest Hemingway - purchase
Maps & Legends: Reading and Writing Along the Borderlands by Michael Chabon - purchase
On Wings of Eagles by Ken Follett - purchase
Classic Garden Plans by David Stuart - purchase
Not pictured:  The 13 Clocks by James Thurber, which I already mini-reviewed (purchase) and Jamie Oliver's Food Revolution (purchase), which my husband has already stolen (but at least I cooked something, first)

A copy of the latest Oxford American: The Southern Music Issue (with CD - purchase)

The dish I cooked: 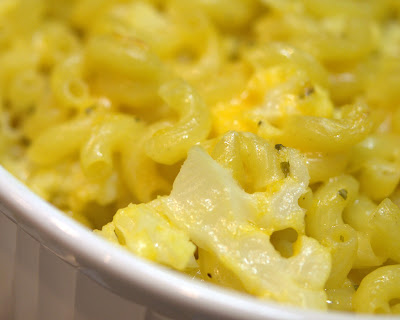 I think it's called "Macaroni and cauliflower cheese bake," but don't quote me on that.  One thing I learned, last night:   I'd forgotten I am a am not a strict recipe-follower (it's been a long, long time since I cooked from scratch).  I had a feeling the recipe was going to be a little too bland with mostly cheese and parsley in the sauce, so I added a little dry mustard and then threw on some paprika when I took my first bite and confirmed that it was still pretty bland.  Next time, I think I'll add some white onion.  Regardless, this is a nice recipe for kids because it's hard to distinguish the cauliflower from the macaroni, taste-wise, since they're boiled and baked in the sauce together.  Great way to sneak in the cruciferous veggie if you've got kids who aren't too good about eating their vegetables.

©2012 Nancy Horner. All rights reserved. If you are reading this post at a site other than Bookfoolery and Babble or its RSS feed, you are reading a stolen feed. Email bookfoolery@gmail.com for written permission to reproduce text or photos.
Posted by Bookfool at 10:53 AM

Email ThisBlogThis!Share to TwitterShare to FacebookShare to Pinterest
Labels: recent arrivals, recent purchases, something I cooked, thanks to Jamie Oliver