Monday Malarkey - In which Tennessee welcomes us

Sorry for my absence.  I meant to pre-post a Fiona Friday photo but forgot to do so before we left for Northern Mississippi and Tennessee to stay in our "vacation home" (aka "Kiddo's apartment), visit with Eldest, DIL and grand-dog Peyton, attend a Straight No Chaser concert, shop a bit, spend another night in our vacation home and drive home in really yucky weather.  We had a blast, really.  Nashville has grown on me in recent years. 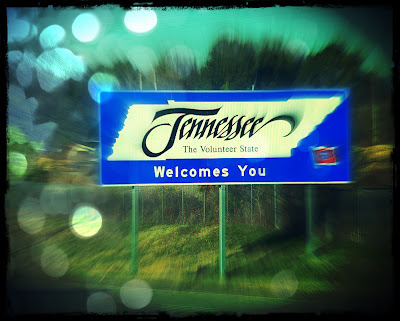 Straight No Chaser allowed photographs!  That was a nice surprise.  I just happen to have tucked a D-SLR in my purse, just in case, although I really expected a stern, "No photography!" announcement.  I didn't mess with settings because I tried to keep the amount of camera viewscreen light to a minimum for the sake of those around me, but the changing lights might have made settings difficult, anyway.  So . . . here are the singers grooving, overexposed, and slightly blocked by the head of hair I couldn't quite get my lens around: 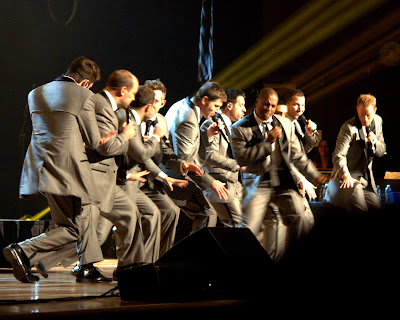 Our grand-dog is currently undergoing heart worm treatment and not a happy camper.  But, she looked regal, as always, except when decapitating and removing the limbs of a stuffed monkey.  Poor monkey had been removed, by this point, although some of his stuffing remained next to her paws. 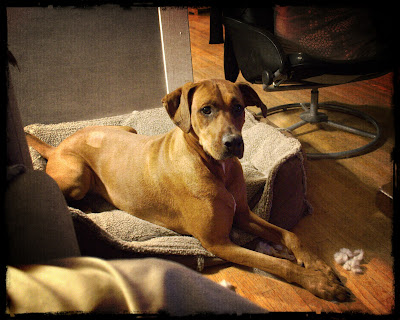 We got to briefly walk through the Nashville Public Library, on our way to the concert.  Oh, wow.  I definitely want to go back and wander around there, sometime. 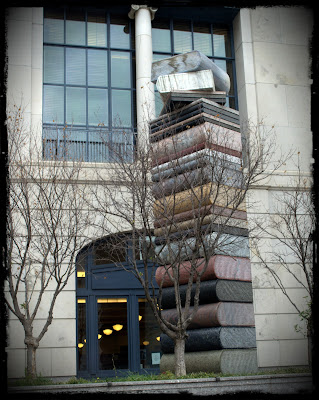 We did a good bit of shopping, almost entirely for groceries (with a few last-minute Christmas gift items).  Both of us get a little carried away in terrific grocery stores, so we came back with quite a few boxes, jars and plenty of fresh produce from Trader Joe's, an Italian market called Coco's and a little from Whole Foods.  Isabel was most impressed with the fresh pears . . . to the point that I had to remove them from her grasp. 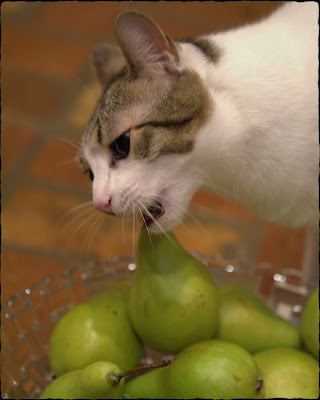 And, about Bookfoolery . . . the blog and the concept . . . I've been thinking about dropping the words "and Babble" for quite a while and removed them from my header, last night.  What do you think? I also considered changing, "and Babble" to "and Catfoolery".  Eh.  Not sure.  The babble was just starting to bug me.  As to the foolery, not a whole lot of reading occurred, this week, thanks to all the driving.  But, I have some books in progress and hope to finish something soon.  Not sure what I'll end up finishing, since I keep leaping from one book to another.  We shall see.  I got a couple books in the mail and bought some in Oxford at Off-Square Books.  I'll photograph them and share the titles, later in the week.  Tomorrow, I have some children's Christmas books to review.

Speaking of children, I had no idea that yet another school massacre had occurred on Friday until 11:30, that night.  Since there have been murmurs of poor, inaccurate and offensive media coverage, I am happy to have missed seeing anything on TV.  Not seeing the visuals doesn't change the facts, though, and when I found out, my first thought (after the initial stunned disbelief) was relief that I didn't post the normal Fiona Friday pic. It just wouldn't have seemed right to post something light-hearted on day that involved so much horror and grief.  My heart goes out to the parents, friends, loved ones and victims of the Newtown murders.  I'm not a political person but I think we've gone far beyond the time to take serious preventive action in the U.S., as stated in this New York Times op-ed.  Please don't be put off by the beginning of the article.  It's very logically stated.

More later.  It's almost 3am.  I have no idea why I'm so hyper, but I need to try to get some sleep.  Happy Monday to all!


©2012 Nancy Horner. All rights reserved. If you are reading this post at a site other than Bookfoolery and Babble or its RSS feed, you are reading a stolen feed. Email bookfoolery@gmail.com for written permission to reproduce text or photos.
Posted by Bookfool at 2:59 AM