Brittanie asked me to post photos of the books I bought in London.  In addition to books bought, I'm going to show you some Dr. Who books I got for review, while there, as well as the books that arrived at home, while we were away.

First, arrivals at the flat.  Some of you may have heard about the TLC Tours Dr. Who book promotion that's coming up.  I signed up to review two of the Dr. Who titles but the box came ripped, the books severely water damaged (one beyond hope, the others readable but ugly after being fanned out and left in front of the dehumidifier for a day).  I talked to the publicist and told her I was coming to London.  She loved the idea of shipping within London -- so much cheaper than shipping to the US!  So, these books were shipped in care of the friend who loaned us his flat: 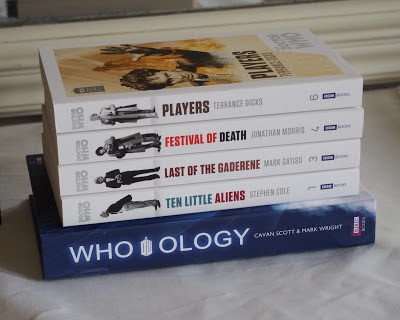 Dr. Who books, top to bottom:

Players by Terrance Dicks
Festival of Death by Jonathan Morris
The Last of the Gaderene by Mark Gatiss
Ten Little Aliens by Stephen Cole.
Who-ology by Cavan Scott and Mark Wright

Kiddo has already read Festival of Death and Husband and I are both reading Ten Little Aliens, the two tour books.  The publicist kindly threw in two extra books to review when I mentioned how much my family loves Dr. Who.

Huz and I used to watch black and white reruns on Saturdays, when we were in the dorm.  We're talking decades of fandom, here.  The guys were giddy at the sight of a stack of books, for once. 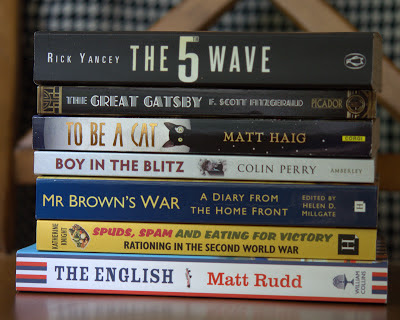 The 5th Wave by Rick Yancey
The Great Gatsby by F. Scott Fitzgerald
To Be a Cat by Matt Haig
Boy in the Blitz by Colin Perry
Mr. Brown's War: A Diary from the Home Front, edited by Helen D. Millgate
Spuds, Spam and Eating for Victory: Rationing in the Second World War by Katherine Knight
The English: A Field Guide by Matt Rudd

I've read The English, The Great Gatsby (a replacement -- couldn't find my ancient copy and decided I really, really wanted to read it now) and The 5th Wave.  All were enjoyable reads for different reasons and I'll elaborate on those, soon.

I looked up Matt Haig's books when he tweeted about his new book, The Humans, and decided I'd really like to read his children's book, first.  It was the only book I found that was on the list I took with me, other than the Persephone books and Itch Rocks by Simon Mayo, which I did not buy because it's a hardback and I prefer paperbacks.  The WWII books . . . I could have bought a lot more but had to restrain myself because we were limited to the three suitcases (two of them small) and two carry-on bags we took, but I'm happy with what I bought.  I purchased The 5th Wave because it was on my wish list, at home, and available in paperback!  I love that about English publishing -- you don't always have to wait a year for a book to come out in paperback. 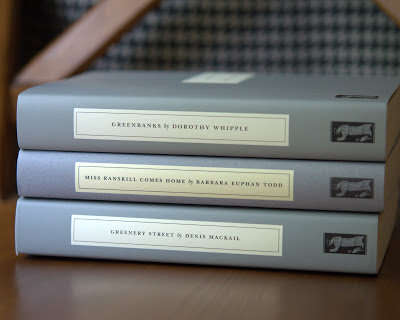 I took my Persephone Biannually along, marked up like crazy to show which books I already own (and which I've read -- just for fun), then narrowed down to the ones that interested me most and looked up ratings and reviews of those.  I highlighted the ones I was most interested in and wrote their ratings to the side, along with some additional notes (call me "Little Miss OCD"). At the store, you get a discount if you purchase three books, so I knew I'd buy three but left myself some leeway, in case they were low on any of the titles (which has been the case on one of our visits). At the store, they had plenty of books so I just had to make up my mind which titles I wanted the most.

I chose Greenbanks because Dorothy Whipple's books are among the most-loved Persephone titles and I figured I should grab a Whipple.  Greenery Street is a book P. G. Wodehouse adored and I'm crazy about Wodehouse, so I decided to trust his judgment.  And, Miss Ranskill Comes Home shines a light on the changes in England caused by WWII so it's my WWII choice of the three. 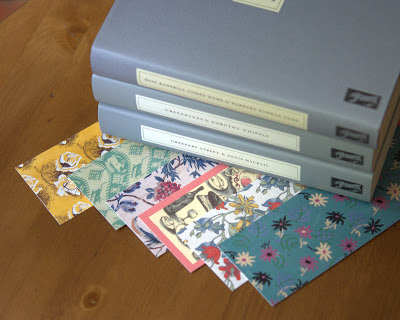 The three at left match the inside covers of the books I purchased.  The other three are extra bookmarks I bought because I liked the designs. 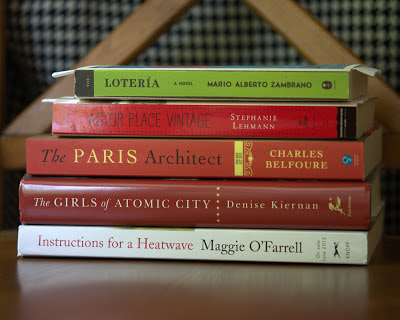 And, the review books that arrived at home while we were away, top to bottom (since for once I haven't already marched them off to the bedroom to sort by month):

Since I fell a bit behind, I've got 14 review books I need to read in June -- maybe 15.  Eeks.  Thanks to the backlog, I'm not accepting books for review for a while.  Gotta make sure I'm all caught up.

And, a Fiona Friday pic! 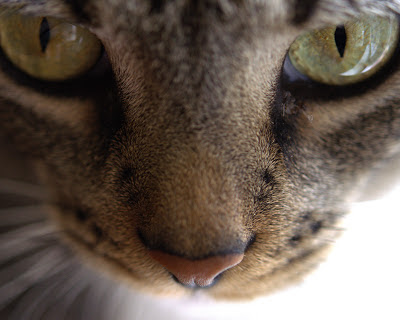 Last night, I realized I hadn't taken any photos of the cats at all, since we got home!  Weird!  I guess I was worn out or something. I took a few really bad photos of them, late last night, then looked at them and thought, "Okay.  Now, let's work on trying to get a decent photo."  So, there's the result.  Fi did not want to look at me, but I thought this photo was pretty interesting. She was sitting in the window.

Happy Weekend to all!