What a Mother Knows by Leslie Lehr 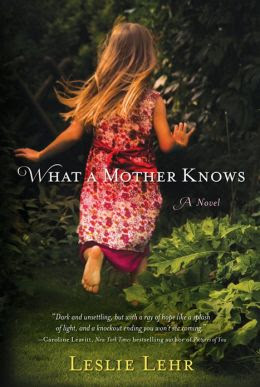 What a Mother Knows by Leslie Lehr is about a woman who has been in a terrible car accident.  Over a year after her accident, nearly half of which was spent in a medically-induced coma due to swelling in her brain, Michelle returns home.  But much has changed.  Her husband has moved from California to New York and, after bringing her home, only stays long enough to get her settled in.  Their son Tyler has moved to a boarding school on the East Coast.  And, their daughter Lexi is missing.

Because she experienced traumatic brain injury, Michelle doesn't remember the accident or events leading up to it.  Gradually, her memory will return in flashes, bits and pieces that she must fit together like a puzzle as she tries to remember what happened and why there was a young man in the vehicle with her.  Where was she going and how did the accident occur?  Where is her daughter?  During her time recovering, Michelle received messages from her daughter, but what did they mean?  Is Nikki missing or in hiding or even dead, now?  As Michelle deals with a new life, a lawsuit, rumors and the confusing question of why her husband insists that he can't return to California to work, Michelle searches for her daughter.

I found What a Mother Knows rather gripping, and yet . . . it just didn't work for me, primarily for two reasons.  Even though I wanted to know what Michelle would find out about her daughter, I found the answers to the questions that What a Mother Knows poses surprisingly transparent. In the end, I predicted every major plot point.  But, what I  most I disliked about What a Mother Knows was the main character.  Michelle is not likable. Before her accident, she was a hard-nosed Hollywood producer and when she seeks answers, she is forceful and often rude.

I might have found Michelle's behavior more tolerable if her head injury had something to do with her outbursts.  Traumatic Brain Injuries can cause a dramatic change in personality or loss of self-control.  But, apparently Michelle was just a little on the nasty side to begin with.  As a reader, I found her annoying enough that it was only curiosity and the fairly fast pace to the book that kept me going.

Recommended but not a favorite - Gripping, suspenseful, satisfying in the end, yet unsurprising.  An unlikeable main character and predictable ending made What a Mother Knows just an average read for me, but there is much to like about the book.  Even though in the end I found that I'd made the correct assumptions about every major plot point, I found the questions compelling enough to keep the pages rapidly turning.

In other news, things are blooming, here: 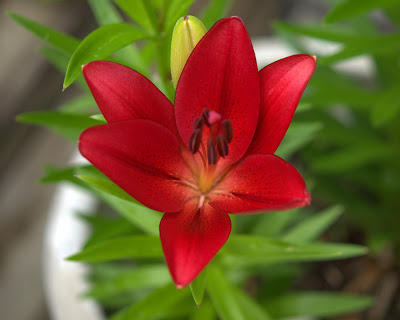 It's rather difficult to convince oneself to spend time on the computer, this time of year.