Monday Malarkey - Books, movies, the view from the floor

I'm being thwarted by technology, again (photo loading-wise), but the books I've recently acquired mostly have boring white spines, anyway, so in lieu of a book stack photo you get a cat on glass.  After I took this photo, I realized it was going to be more difficult than I anticipated to get off the floor with scraped knees and a shoulder that can't hold weight, but clearly I eventually succeeded. Unless, of course, I'm lying to you and just writing from the floor beneath the breakfast nook table.  Hard to say from your angle, isn't it? 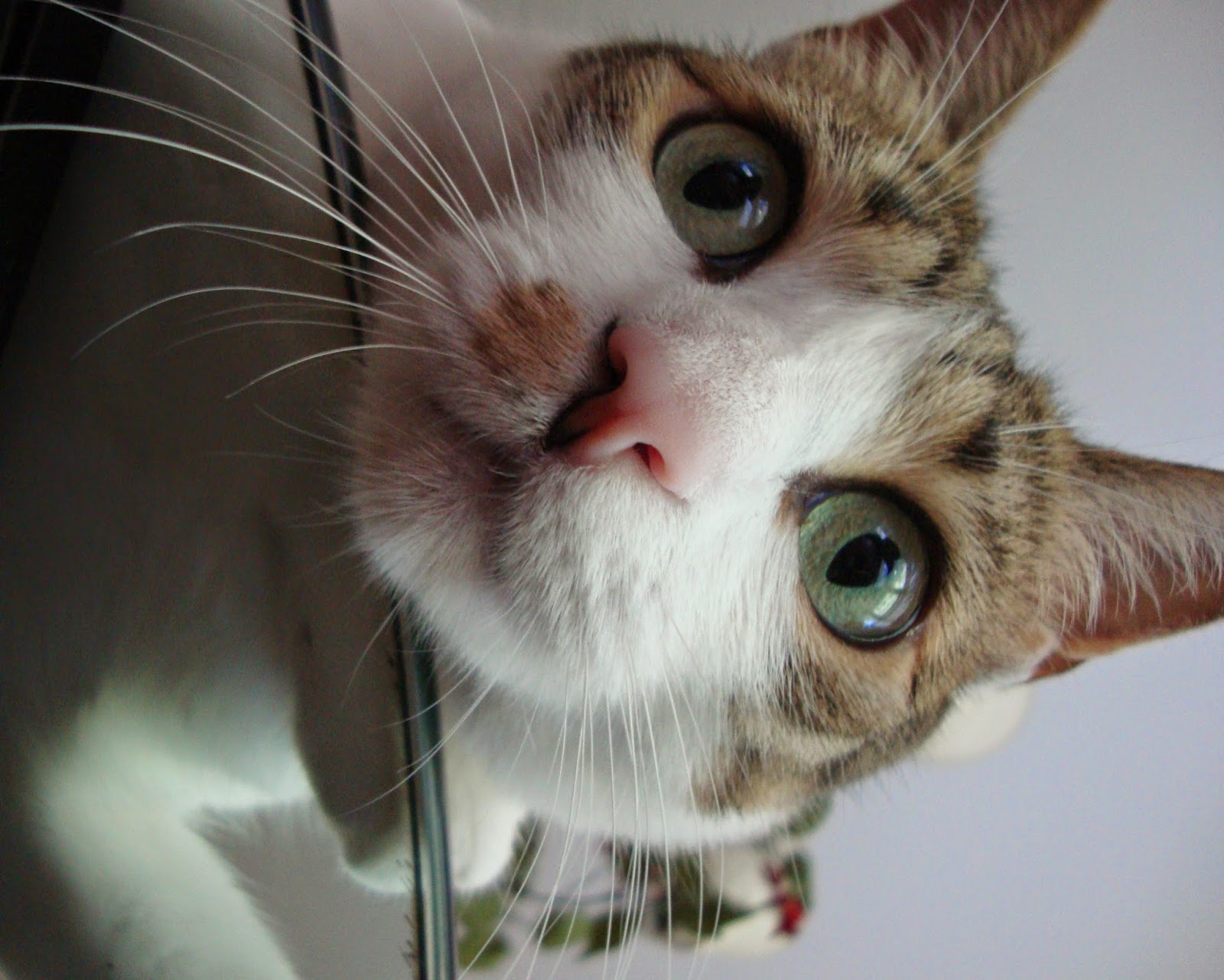 
From HarperCollins for review (delayed by their move to a new building, I imagine - still not requesting anything): 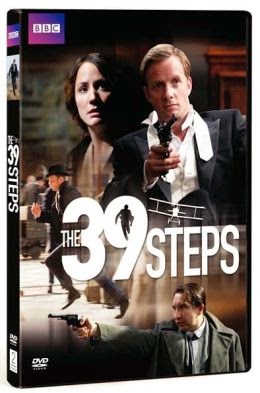 During my almost-week off, husband and I watched the BBC movie version of The 39 Steps.  I've read the original novel by John Buchan, seen the play in London's West End (a comedy, completely different from the movie), and this movie starring Rupert Penry-Jones is a second viewing for us. We just happened to be in the mood to watch something we already knew we enjoyed.

I've just been reading the Wikipedia entry on the 2008 version of The 39 Steps and realized I've never seen the original. I've got a collection of the Richard Hannay stories (Rupert Penry-Jones plays Hannay in this production) and it's quite a chunkster but I've only read the one slender story.

Spies, guns, a scene reminiscent of North by Northwest, in which Hannay runs from a shooting plane (probably one of the historical anachronisms mentioned in the Wiki entry), romance.  It's a fun movie. 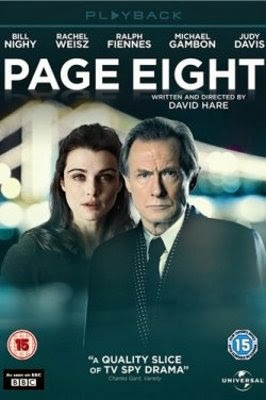 Page Eight is another BBC production, a movie starring Bill Nighy as MI-5 agent John Worricker, whose best friend and fellow agent, played by Michael Gambon, exposes information that could be damaging to the Prime Minister and then dies. The Prime Minister naturally wants to make all evidence of his wrongdoing disappear and Johnny has to make a decision.

Page Eight is absolutely marvelous -- smart with taut suspense without resorting to violence.  I watched the movie alone while Huzzybuns was away on business and then suggested it when he said, "We should watch a movie. You're reading badly." It's true, I kept putting down my book. My husband is terribly picky about movies but he thought Page Eight was excellent and we agreed that had Hollywood gotten hold of the storyline, it would have become all about guns and car chases rather than carefully-chosen words and clever ramping of suspense. 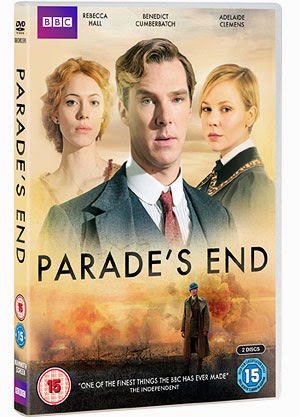 Yet another BBC production I watched while the spouse was away: Parade's End, starring Benedict Cumberbatch.  I have the book by Ford Madox Ford but have not yet read it.  The BBC production is a 5-part mini-series and it's absolutely beautiful. Gorgeous sets, excellent acting, Ben with a plummy, aristocratic accent, frowning a great deal (I've seen a meme comparing his facial expressions in Parade's End to Grumpy Cat - hilarious).

I particularly loved Parade's End for the explanation of the political maneuvering that led to WWI and the way the hero, Christopher Tietjens, goes from being admired for his brain to damaged and blackballed and then on to heroism and true love.  It took me a bit of digging but I located my secondhand copy of Parade's End and keep petting it, thinking its time is coming soon.

Other recent events in the boonies:

That comment about scraped knees and a sore shoulder has to do with a tumble I took while exercising.  It's a long story and pretty funny because of how and when it happened (painful, but even at the time, I saw the humor in it). I need to write it all down before I forget.

In other news, our old house is under contract only 3 months after we put it on the market. There is still much to be done before we can feel confident that the sale will go through but we're hopeful that we'll be finished owning two homes by July.  Very exciting!  Fingers are crossed that things will continue smoothly.

What's happening in your world?  Any wonderful books or movies you can't stop talking about?

©2014 Nancy Horner. All rights reserved. If you are reading this post at a site other than Bookfoolery  or its RSS feed, you are reading a stolen feed. Email bookfoolery@gmail.com for written permission to reproduce text or photos.
Posted by Bookfool at 12:36 PM