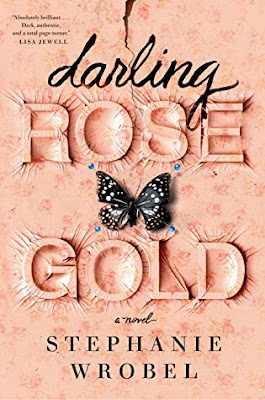 Until she was eighteen, Rose Gold Watts thought she was extremely sick. She was tiny and weak, needed a wheelchair, couldn't keep food down, and went with her mother from doctor to doctor seeking answers. Then, someone helped her figure out what was going on. Her mother was making her sick. Patty Watts was a good actor. She was persuasive, an inveterate and skilled liar. She preyed on the weaknesses of others, even doctors, slyly suggesting possible ailments and quickly disappearing when a doctor became suspicious.

Patty went to prison for 5 years for abusing her daughter. Now, she's been released. Rose Gold is the only person she can possibly stay with. Their relationship has improved, recently, and Rose Gold now has a baby. She's more mature now and willing to take her mother in, although she has a few strange habits that Patty doesn't understand.

Rose Gold has had a hard time adjusting to adulthood, having missed out on her childhood and interaction with others. In flashbacks, slowly moving forward through time to when Patty is released from prison, the reader finds out what's happened to Rose Gold during the time her mother's been imprisoned. And, in alternating chapters, the tension builds as Patty plots her revenge and observes her daughter's weak points.

Throughout Rose Gold, Patty slowly worms her way back into Rose Gold's affections. But, what is Rose Gold up to? Why does she lock her door, even when she leaves the house? Is Rose Gold what she appears to be?

Highly recommended - The only reason I didn't give Rose Gold 5 stars (I gave it 4) is because there are so many yucky people in the book. Occasionally I found myself wishing someone, somewhere would do something kind and good for Rose Gold and eventually that happens, but even the nicer characters have their bad side. That made it a slightly squirmy, uncomfortable read.  Both characters are unreliable in their own ways, though, and that unreliability really made the pages fly. Rose Gold is an "I just have to know what will happen" kind of book, so very compelling and gripping. Even though it's clear that Patty was making Rose Gold ill and deserved her jail sentence, her internal monologue is confusing enough to cast doubt. Squirmy or not, Rose Gold was wonderfully tense and the ending is incredibly satisfying. Read this one when you're ready for a fast-paced, creepy and suspenseful read.


©2020 Nancy Horner. All rights reserved. If you are reading this post at a site other than Bookfoolery or its RSS feed, you are reading a stolen feed. Email bookfoolery@gmail.com for written permission to reproduce text or photos.
Posted by Bookfool at 10:10 PM