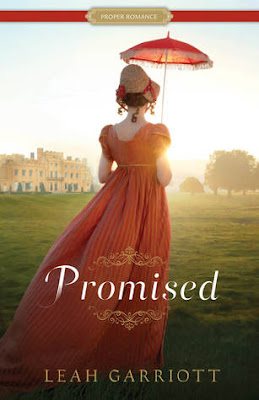 It's 1812 and Margaret Brinton is in search of a husband. To that end, she attends a matchmaking party where she hopes to find a match. But, Margaret doesn't plan to look for love. Instead, she is happy to find someone who will do his own thing and let her be. Margaret, you see, is a wounded soul. Once engaged to her next-door neighbor, she discovered that he was unfaithful several times over. A man with mistresses is fine by her, provided she knows what she's getting into. Edward's unfaithfulness was a shock, and she doesn't ever want to go through that again.

At the party, Margaret meets Mr. Northam and Lord Williams. Mr. Northam is a handsome rake. He will do nicely. But Northam's arrogant cousin, Lord Williams, is determined to keep them from becoming engaged. When she's very publicly insulted by Lord Williams and then a romantic moment with Mr. Northam is interrupted, Margaret and her brother Daniel have no choice but to return home. She will wait for Mr. Northam to visit. Then, perhaps, he will finish what Margaret is certain was an interrupted proposal.

But, then things go topsy-turvy. Margaret's parents have arranged her betrothal to none other than Lord Williams, the man who thwarted her happiness by making her a pariah at the matchmaking party, thanks to his insulting behavior. As Lord Williams becomes involved in her everyday life, though, Margaret finds that she's increasingly drawn to him. He is not at all what she originally thought. He is kind, steady, and determined to help Margaret and her family in any way. But, by the time Lord Williams leaves her family home, she's convinced him that she can never be his bride. Should Margaret try to salvage the blooming relationship she was determined to avoid? Or, should she go with her original plan and marry a rake to protect herself from further heartbreak?

Recommended - Promised was absolutely the right book for the moment, for me. While I did find Margaret's waffling about whether or not she was doing the right thing in thwarting Lord Williams' efforts to save her from Mr. Northam and her constant inner argument about whether or not she really was attracted to Lord William a little tedious, I liked the hero and heroine enough to root for the obvious ending (it's romance . . . obvious is good), which was definitely very satisfying. There are some very Jane Austen-like elements in Promised. While at first they felt a little done (as in been there, read that), that turned out to be inaccurate. There was plenty about Promised that was unique and surprising. I enjoyed it very much.


My thanks to Shadow Mountain and Laurel Ann of Austenprose Book Tours for the review copy!