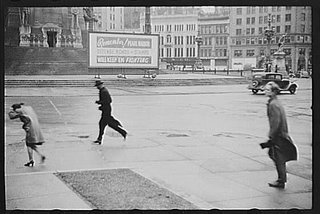 We are having a nasty weather day, here in Mississippi. Last night, it was pleasant; we had a light rain and it was still cool (we're headed back toward the mid- to upper-80's, tomorrow). For the first time in the 20 years we've lived here, there was a fresh, sweet smell to the air outdoors. Usually rain just makes things smell heavy and dank; that delicious fresh scent was reminiscent of home on the prairie.

Isn't this photo great? It doesn't look like either the prairie (my hometown was surrounded by wheat fields) or the little town we live in, but it fits the weather mood perfectly.

Today, major yucko. However, three things made this day wonderful:

1. As I drove away from dropping my son off at the high school--before the sky began to fall (beginning a day of what I refer to as "God-kicked-the-bucket-over rain"), a heron flew across the exit road, about 25 feet in front of my car.

Herons have a majestic wingspan and are just breathtaking in flight. They're not a common sight at school, but there is a creek that runs past the field where the band and soccer teams practice (between the two parallel roads that lead into and out of the parking lot) and herons spend most of their time near water, so I assume he was there for the fishing. If so, he'd make the Southern folks around here proud. At home, I checked images online to make sure it was, indeed, a heron that I'd spotted. "Most definitely" was the answer. I also discovered that a heron in flight is supposedly a sign of a coming storm. What-ho! Good prediction, Mr. Heron!

2. I'm apparently at the wheel most of the day. My second great moment occurred on the drive to the YMCA for swim practice. William had the newpaper in hand and read one of the headlines, as well as the lead paragraph, aloud. The article had to do with atmospheric tests having confirmed that there was definitely radiation in the atmosphere over the U.S., verifying the news of last week's Korean nuclear test; and, then said child launched into descriptions of various destructive weapons. Will is a big fan of techno-thrillers and can chatter about weapons endlessly. He mispronounced the word "incendiary" and I interrupted to correct him. Without missing a beat, my teenager said, "Thank you for correcting me," and continued to chatter.

The thrill lay in the fact that he meant it - Will likes knowing how to correctly pronounce words and there was no sarcasm at all in his thanks. Now, that's cool.

3. I received a really upbeat email that made me grin, this evening.

Reading-wise: I am still stalled near the middle of The Once and Future King, so I picked up a book that's been beckoning to me: Touched by Angels by Debbie Macomber. This is my first Macomber book, in spite of having spent years around romance writers who gushed when Macomber's name was mentioned - and I'm loving it, so far. I think I should have kept a second read going to give me breaks from my chunkster. But, at least I gave in and started a new book, today. And, a rainy day is an excellent excuse to curl up with a book, after all.