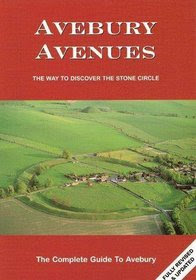 Avebury Avenues is one of those little tourist books you see at practically every little museum, church, and historical site in Great Britain. I usually don't buy them, but when we were in the England and dropped by Avebury Stone Circle for the third time, I realized I wanted to know more than I'd absorbed from the various signs posted on site, along with my visit to the museum in 1998 (which I'd actually completely forgotten about till we walked past the museum).

Avebury Stone Circle is just what it sounds like -- an ancient stone circle, not as well known as Stonehenge but actually grander in scale. Many of the stones were destroyed by farmers and villagers or simply buried in place. The book goes into the history of the stone circle and its surrounding earthworks, the recording of where the stones were located before the height of destruction began and the restoration of much of the circle, which was halted by war. In addition to the circle's history, the book contains a nice little walking tour that I hope to use on future visits.

Silbury Hill, the tallest ancient man-made hill in Europe, is also discussed. You can see the hill's location relative to the earthworks of the stone circle in the cover image, at the top of the photo in the middle. I tried to walk to Silbury Hill, once, and discovered that it's a lot bigger and much farther away from the circle than it appears (so I snapped the photo below as we drove past, on our most recent trip). 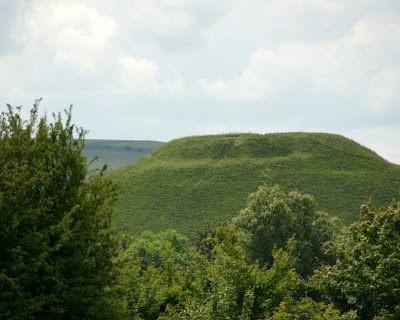 Avebury is one of my favorite stops in England, although I liked it better before the path was altered and the parking fee leapt from "cheap" to "good grief". The first time I stopped at Avebury, I did so on the advice of a British friend. I arrived by bus in spitting rain and battering wind, walked up the earthworks accompanied by sheep and was told the heavy weather was, "the remnants of your American hurricane." I did not lay claim to that particular hurricane as it was an East Coaster, not a creature from the Gulf region, but I had a good laugh with those friendly Britons whilst trying to keep my balance as I snapped a million photos (yes, I've always done that).

The sheep are ever-present. That fellow you see in my header is, in fact, an Avebury resident who posed nicely. While the site is much more crowded, these days, it's large enough that occasionally you can catch an image unmarred by tourists. 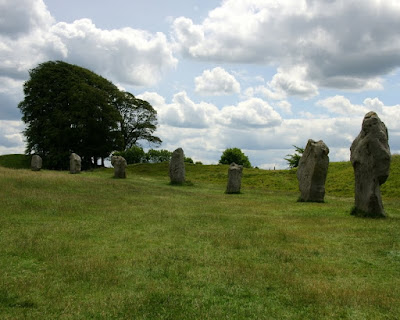 I learned quite a bit from Avebury Avenues. For example, the stones come in two different shapes ("male" and "female" -- the female stones being diamond-shaped), green grass around the stones is relatively new as the chalk ground used to lack any growth, many of the stones were broken up by fire and used along with other stones in the building of structures in the village (they can be identified by their rusty color), and during the destructive years a man was killed by a falling stone. Because of the weight of the stone, the unfortunate victim was left in place and his possessions were well-enough preserved to identify him as a traveling barber when his skeleton was discovered.

Definitely worth the money, Avebury Avenues is a surprisingly satisfying little book. If you're ever in Wiltshire and decide to drop by Avebury Stone Circle, I recommend that you make a beeline to the store and grab a copy so that you can have it with you as you walk around the ancient site. Don't miss stopping at St. James Church in Avebury, which dates as far back as Saxon times, although it has been repeatedly updated. The beautiful arched Norman doorway is worth a bit of ogling. 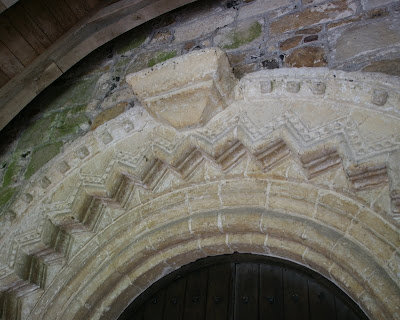 ©2011 Nancy Horner. All rights reserved. If you are reading this post at a site other than Bookfoolery and Babble or its RSS feed, you are reading a stolen feed. Email bookfoolery@gmail.com for written permission to reproduce text or photos.
Posted by Bookfool at 6:39 PM