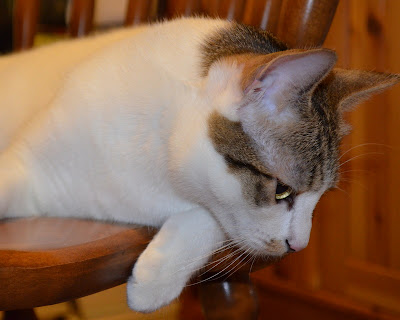 Oops, looks like kitty is looking the wrong way. The books are to the left, Izzy!

Welcome to my first weekly reading update! I just realized I have a dual book tour due on the 24th, so I'm going to try to crash through those two small books and pre-post my reviews (if I fail--and this is one of my busy weeks, so that's very possible--you'll just see the sneak peek and I'll review, later); but, in the meantime, here's what I'm reading and what I've recently finished.

Only one book completed, recently:

I just finished reading The Girl Who Fell from the Sky by Heidi W. Durrow over the weekend. I'd originally hoped to finish the book in time for Algonquin's Book Group discussion, last week, but wacky weather made last week a migraine rollercoaster and I was happy to finally finish a book, period.

The Girl Who Fell from the Sky is about a bi-racial girl, daughter of a black American soldier and a Danish mother, who survives a plunge from the roof that kills her mother and two siblings. She is then thrust into a situation that causes her to rethink her identity as she moves in with her black grandmother and aunt and is labeled "black". Prior to moving to the U.S., she didn't think about or question her skin color. She was simply a person, not a black or a white or a mixed-race individual.

The story is based on both the author's experience (also the daughter of a black American soldier and Danish mother) and a true story the author read in a newspaper about a family that jumped from a roof. Only the daughter survived and the author combined that story with her personal experience to create this fictional tale.

While I had a little trouble getting into the story, at first, The Girl Who Fell from the Sky is a book that will stick with me for a long time. It seems very timely as there are probably a lot more bi-racial youngsters, now that legalized segregation is long gone and, hopefully, people are becoming more enlightened about the meaninglessness of skin color. I only really have one bi-racial friend and I know she struggled with her identity, but she's never mentioned specific incidents. I think The Girl Who Fell from the Sky really helps you to get that "in her shoes" sensation, to understand how difficult it must be to experience prejudice and random classification (being told you're black, even though you're also half-white, in this case). Highly recommended.

Jamie Durie's The Outdoor Room - This is a coffee-table-sized book about a television designer's techniques for creating the right outdoor room for a particular homeowner's personality and style. I've never seen the show, but I am loving this book, so far. Unlike a lot of similar design books, this The Outdoor Room is quite heavy on the text as the author goes into great detail about his design process and how you can use his way of planning to design an outdoor room that fits your personal style and needs.

Durie talks about collecting pictures that grab your eye -- of random objects, colors, textures, things that appeal to you -- looking around at what you've already done, design-wise, within your home, and creating your own little design board that will help you figure out what's important to you and how to use what you love to create a room that will work for you. I'm not very far into this book but I'm really enjoying it.

Haiku Mind: 108 Poems to Cultivate Awareness & Open Your Heart by Patricia Donegan is a book of 108 Haiku verses by various authors (many of whom the author met at some point, although the vast majority seem to be deceased). The number 108 has to do with the 108 difficulties a Buddhist has to overcome to become "awakened." #13, for example, is a haiku that fits the concept of "interdependence":

Donegan elaborates about the meaning behind each of the Haikus she's chosen, often including what the author was specifically talking about in a particular Haiku (why, for example, an author noticed the way a certain flower looked when it was in flames -- a haiku that had to do with the bombing of Tokyo during WWII), followed by a brief author bio. This is a very cool little book that I bought on sale at Borders on Sunday. The poetry section was still surprisingly intact, so I had a lot of options and I'm really glad I happened across this particular book.

Maman's Homesick Pie by Donia Bijan is one of those foodie memoirs that are so popular, now, and I can already predict that it will be a hit because the author has a comfortable, chatty writing style that will make you smile. Plus, the recipes look great. Donia Bijan is a chef whose parents were originally from Iran but moved to San Francisco in 1980, hence the subtitle, "A Persian Heart in an American Kitchen." Right now, I'm reading about Bijan's mother's years as a nursing student in England and I have to tell you . . . the story about how she showed up in London knowing only two words of English is a hoot. You will love it.

Maman's Homesick Pie is not due to be released till October, but it's one of those books that I like to say I "accidentally" started reading. That just means I picked it up to read a little, out of curiosity, and found that I couldn't put the book down. I am absolutely in love with this book, so far, and I know my future daughter-in-law will love it, too. And, probably my husband will want to play around with some of the recipes. If you like recipe-packed memoirs, go ahead and jot this title down. It's a good one.

Lord and Lady Spy by Shana Galen is a romantic historical adventure in which two married spies lose their jobs and then have to compete against each other for a single slot with the spy organization that has let them go -- whoever solves a murder wins the job. Hardly seeing each other at home worked well while they were both spies. Neither knew the other worked for the Barbican group and after the tragic loss of a child it was easier staying apart, busy and challenged, than dealing with their loss. Now, they not only see each other in a new light but also have no choice but to deal with their tattered marriage. So far, so good! I love Shana Galen's books because they're heavier on adventure than romance, which suits my taste.

How to be a Domestic Goddess by Nigella Lawson is a book about baking, but it's not just about baking. It's about reclaiming the part of you that desires to putter around in the kitchen and create something wonderful. Since I've been avoiding the kitchen for a couple decades (I'm a survivalist cook) but have been yearning to get back out there just for the fun of it, I figured baking would be a good place to start and a recipe book will hopefully stock me up with a few new recipes so my poor Bible Study group can have something other than pineapple or apple-cinnamon cake when it's my turn to do dessert. I'm pretty sure Nikki turned me on to Nigella. Thanks Nikki! I am absolutely crazy about Nigella's delightful, casual writing style. I might actually pull the cover image out of my sidebar, just because that cupcake picture makes me crave cupcakes, though. 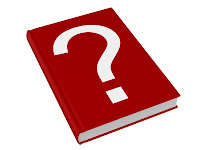 Unnamed Manuscript by A Friend is just what it sounds like. One of my writer friends asked me if I'd be willing to read his memoir and make suggestions. On the day I began reading, I got so totally caught up in his story that I lost track of time and barely made it to exercise class. And, then I set it aside for a week, but I'm hoping I'll have some time to focus and finish the manuscript in the next week or two, since I'm going to weekly updates (and Fiona Friday -- and anything I'm committed to reviewing . . . obviously, I tend to burden myself a bit). Anyway, so far it's fabulous. My friend is already multi-published; he's not a new writer and he's not asking me to edit. He just wants my opinion.

The Lost Wife by Alyson Richman from Berkley for review
The Call by Yannick Murphy from HarperPerennial for review and
Three Rivers Rising: A Novel of the Johnstown Flood by Jame Richards from Paperback Swap

What's new in your reading life?
Posted by Bookfool at 7:00 AM