Monday Malarkey - Two cats for the price of one, a reading update, recent arrivals, and that Atkinson book 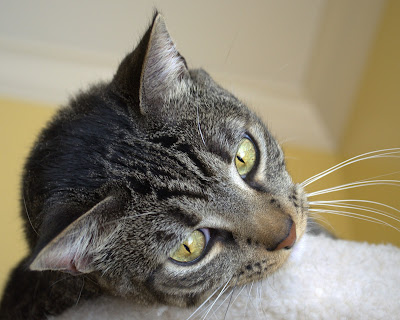 Hello there!  Sorry about the belated Fiona Friday pic.  I don't mean to make you suffer an entire weekend without a cat photo.

You won't believe why I hardly showed up at the blog, last week.  Television!  Seriously. I know I told you that I've recently been a bit of a streaming junkie (pretty weird for a girl who doesn't normally watch anything at all, apart from the occasional PBS show or movie), but this was just unreal.  Last week was all about Jericho, Season 1 -- a show that was canceled years ago, and yet I still decided to torture myself.

When I started watching the first season, my husband walked past and said, "You've got a higher tolerance for stupidity than I do."  Haha.  Honestly, Jericho did have a terrible start but it improved.  I'm particularly fond of episodes that are heavier on action than interaction.  Eventually, I got so hooked that I watched the final 6 or 7 episodes of the first season in a single day.  I'm midway through Season 2.  Probably not the best way to spend my time but I'm having fun, so I guess that's okay.  :)

I read the same book all week long and finally finished it on Thursday or Friday:  The India Fan by Victoria Holt.  Enjoyed it but not enough to stop me from watching Jericho.  I picked up Firefly Island immediately after finishing because I was supposed to tour it (I missed my tour date but talked to the publicist and she said no biggie, just post within the tour). So far it's just not grabbing me.  I set it aside (again -- that was actually my second attempt) and read Legacy of a Rescue by Marta Fuchs on Saturday, the story of how the author's father and other people in his forced labor camp were saved during WWII by a fellow who ended up perishing in the war. More about that when I review the book.

Last night I started reading The Pope's Last Crusade by Peter Eisner, a book about how Pope Pius XI tried to warn people about how dangerous Hitler was, before WWII broke out.  It's great, so far.  And, then I read a bit more of Firefly Island, today.  Page 64 and it's still not grabbing me.  I think I may have to give up and do a DNF post, but I'm going to give it at least till page 75.  Usually, I love Lisa Wingate's books so I keep hoping it'll pick up.


We had snow flurries on Saturday!

And, today it hit 70.  Wild weather.  It was so gorgeous out (sunny, dry with little puffball clouds and a brisk wind) that I took a nice, long walk in the neighborhood, today, and then sat on the deck reading and taking photos of birds for a couple hours.  We had a flock of cedar waxwings come through!  Very exciting.  I've only seen them one other time.  They're so stunning that I've been hoping to see them again, ever since. 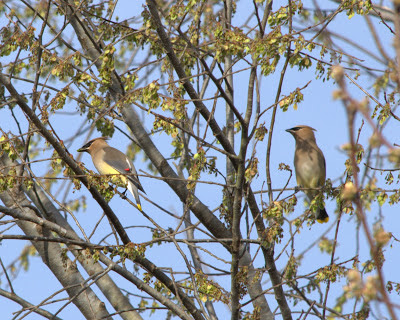 I honestly didn't even think about Life After Life much, most of last week, but I've decided that since I got stuck when I tried to review it, I may just default to the old "self-interview" concept.  That is my one blogging block-breaker that never seems to fail.  Not sure who I'll use as my fake interviewer.  The goofier I get with self-interviews, though, the better they seem to work.

Since I cruelly deprived you of cat photos on Friday . . . 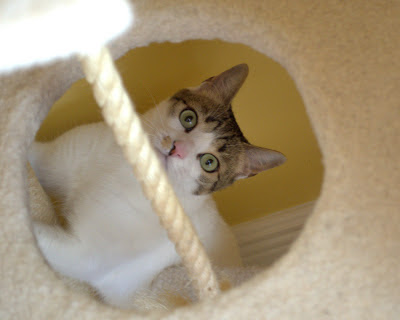 ©2013 Nancy Horner. All rights reserved. If you are reading this post at a site other than Bookfoolery  or its RSS feed, you are reading a stolen feed. Email bookfoolery@gmail.com for written permission to reproduce text or photos.
Posted by Bookfool at 7:47 PM