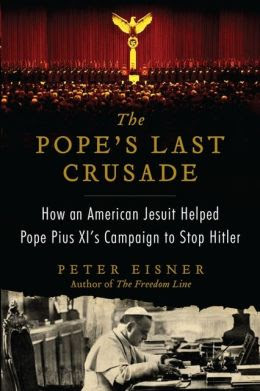 [Pope Pius XI] sought a verbal offensive with a major statement that would attack the underpinnings of the Nazi machine.  Pius appeared to have found the vehicle; he had received a copy of a book, Interracial Justice, written by an American Jesuit named John LaFarge.  The book portrayed the lives of American blacks who lived in the poorest strata of society.  It said the church had to establish itself as a moral force in combatting racism in the United States.  The pope did not know LaFarge was in Europe and en route to Rome.  [...]

This was the moment to strike.  In March 1937, the pope had last issued an encyclical--the highest statement the head of the Vatican can make--condemning Nazism.  But he felt compelled to do so again, this time with the words of an American Jesuit who understood the insanity of race.  This time his encyclical would be broadcast throughout the globe, and it would answer the maniacal quest for conquest with basic truths.

LaFarge was to write an encyclical that would use the same reasoning he employed when discussing racism in the United States.  He needed to convey that Hitler's increasing assault on the Jews was based on a myth.  The myth and the barbarity and inhumanity being unleashed in Europe must be challenged.

The "myth" is that of the belief in a superior race.

"Religion, by teaching man his relationship to God, gives the individual a sense of his own dignity and teaches him to respect himself by respecting his neighbors."

This review may contain spoilers.  You have been warned!!

Casual review, again.  The basic structure:  Rich American boy becomes priest, is posted in a part of the U.S. with poor blacks, becomes an activist against racism, writes a book and is sent to Europe.  One of the worst racist slaughters in the history of the world is about to occur, so the pope writes an "encyclical" (a papal statement).  Things get worse, the Nazis begin closing shops and shuttling Jews to ghettos and camps, the pope decides to write more, Hitler invades Austria.  The pope is old and very ill, having already recovered from near-death cardiac trouble.  He reads Rich-American-turned-Jesuit-priest's anti-racist book and hears its author is nearby, requests an audience, asks him to write the encyclical and bring it back in person. Priest LaFarge gathers helpers, retreats to write and Hitler is handed Sudetenland on a platter, then . . . well, that would be telling.

The Pope's Last Crusade is fascinating but pretty depressing because the fact of the matter is that it took decades for the unpublished encyclical to surface (not fully intact) and it is now believed that had it been published, the wholesale slaughter we know as the Holocaust might have been a lesser thing -- dramatically so -- because of the sheer quantity of Catholics Hitler would have been up against.

The book also talks quite a bit about President Roosevelt's part in trying to avert war, the viewpoints of the American ambassador to Italy and his wife (mostly the wife, Caroline Drayton Phillips, who was an avid diarist), and Roosevelt's inside connection to Pope Pius XI.

But, you have to read the book to understand what happened, why the encyclical was never published, and why John LaFarge didn't even speak of his part in the writing of this important work for decades.

Recommended - Reads like an unfolding mystery. The story itself is a bit of a let-down but by that I mean the denouement of the actual events, not the writer's portrayal of them.  I enjoyed reading The Pope's Last Crusade and found it fascinating.  It's just so, so sad.  Pope Pius XI was really an admirable, forthright, fearless man who was willing to speak up in the face of potential danger to himself and even at risk of others in the Catholic church, for the sake of righting a wrong.  It's a coulda-shoulda-woulda book.  But, it's also a fascinating story and an interesting peek into the life of a pope, as well as a pretty clear portrayal of the Catholic church's sweeping power and the pope's ability to sway events.

It was really quite fun reading The Pope's Last Crusade as a new pope was being chosen. The book expanded my understanding of why the right choice of head of the Catholic church is so crucial (I'm not Catholic) and also gave me a pretty good view of why the choice of a pope from Argentina is such a shocker -- in a good way, I hope.

Side note: There are a few too many editing errors in The Pope's Last Crusade, like a sentence containing the place name "Place de Concorde" rather than the correct "Place de la Concorde" -- small errors but more than I consider acceptable.  I hope if there's a second printing those errors will be edited out.

Your daily reminder to stop and smell the roses whatever flower is available: 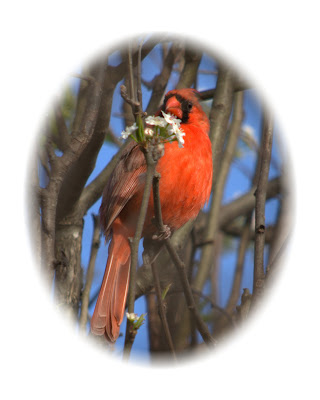 ©2013 Nancy Horner. All rights reserved. If you are reading this post at a site other than Bookfoolery  or its RSS feed, you are reading a stolen feed. Email bookfoolery@gmail.com for written permission to reproduce text or photos.
Posted by Bookfool at 5:14 PM