This is quite a varied set of books. None of them were sent to me for review. One was a gift, one purchased and I won My Custom Van in a Twitter giveaway. 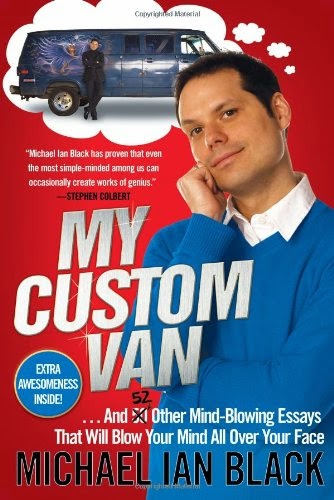 I had no idea who Michael Ian Black even was, when I won My Custom Van -- I just quickly looked him up and thought, "Yeah, I could stand a laugh," and signed up for the drawing.

Five years passed before I got around to reading My Custom Van and I have mixed feelings about it, but I knew I was going to at least like it when I read the "Foreword by Abraham Lincoln." Essays include "One Day, I'm Going to Open a Scented Candle Shoppe,"which reads like a short story with a surprise twist ending and, "Hey, David Sedaris -- Why Don't You Just Go Ahead and Suck It?", an essay that is surprisingly complimentary to its subject. "Taco Party" reads like a story written by a high school kid trying to show off his coolness by peppering the description of his upcoming party with foul language. My favorite line: "You can't f***ing swim in guacamole!"

Like a lot of comedians, he can end up in bad language, sex-laden, yucky territory and that makes it easier for me to foist upon the son who asked for it in 2009. It just feels like it's meant for the younger crowd. I did, however, accidentally laugh a few times, so . . . Recommended for those who don't mind off-color humor. 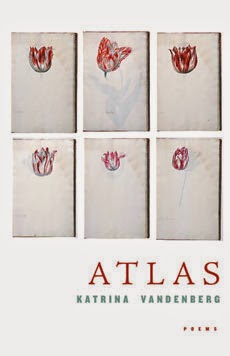 Atlas (Poems) by Katrina Vandenberg was a Christmas gift from my wonderful blog buddy Chris and reading about how to read poetry must have helped because the first time I picked it up, I couldn't get into it. The second time, I absolutely loved it.

Vandenberg was in a long-term relationship with a man who contracted AIDS through a blood transfusion during the days before blood was screened for HIV. He was a hemophiliac. She was a Fulbright fellow in the Netherlands. These two major events -- the loss of a partner to AIDS and time spent in Netherlands -- informed her poetry with images of blood and tulips.

There were a few poems that made little question marks hang over my head, but for the most part I found Vandenberg's poetry lucid and raw, about love, pain and beauty. I had to look up at least one Dutch painting she mentioned (always fun to have an excuse to go a-googling) and appreciated the learning experience. I will definitely be watching for more by Vandenberg. Recommended to poetry lovers. 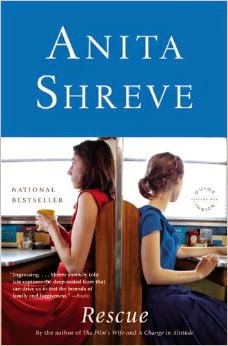 Rescue by Anita Shreve was, like the two books above, a book that I happened across while working on organizing my personal library. I had just finished reading The Paramedics within a week of finding Rescue and it seemed a fitting follow-up, a contemporary fiction read about a paramedic, the love of his life, and the daughter he fears he may lose to her mother's addiction.

When Peter pulled Sheila from the wreckage of a car, he could smell the alcohol, so he knew it was crazy (and, definitely unethical) to get involved with her. But, there was something about her that drew him back, again and again, till they ended up married with a baby.

In the present day, his daughter Rowan is floundering. She's always been happy and well-adjusted but now she's acting out. The knowledge that her mother was an alcoholic leads her to numb her own fears by drinking heavily, herself. Can Peter reach Rowan before it's too late?

I read a few reviews of Rescue because I was curious what people thought about the paramedic action scenes. The book is Peter's story, about how he loved and lost his wife and has carefully raised his daughter but then realizes he is losing her, too. Because Peter is the hero, there are quite a few scenes from his working life. I loved that. Having just read a history of early EMS, I enjoyed reading updated scenes to see how things have changed. But, many readers had a problem with the abundant use of rescue scenes. They were in it for the usual Shreve fare and found his work uninteresting. My only problem with Rescue was the fact that I thought there were a few too many life-threatening accidents involving his family and Sheila was an unlikable character. Otherwise, I found the book entertaining.

Recommended if you like reading EMS action scenes with a touch of family angst. Atypical for Shreve but well-researched. I didn't like Sheila but I did admire Peter as a human, if not his choice in women, and I cared about Rowan.

©2014 Nancy Horner. All rights reserved. If you are reading this post at a site other than Bookfoolery  or its RSS feed, you are reading a stolen feed. Email bookfoolery@gmail.com for written permission to reproduce text or photos.
Posted by Bookfool at 1:55 PM