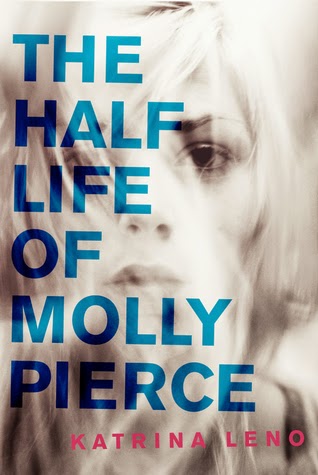 The Half Life of Molly Pierce by Katrina Leno
Copyright 2014
Harper Teen - YA
Source: HarperCollins

The people we love get under our skin and crawl through our veins and find their way into our heart.  They choke up our blood flow and mess up our breathing and tangle themselves through our bodies like wire. Like razors, like fire.

~p. 142 of The Half Life of Molly Pierce, Advance Reader Copy (some changes may have been made to the final print version)

As The Half Life of Molly Pierce opens, teenage Molly is just emerging from a blackout while driving her car. She sees a young man on a motorcycle in her rearview mirror, feels like she ought to know who he is, watches as he's hit by a car and holds onto his broken body as he's taken to the hospital. But, who is he and why does she feel a connection to him? And, how does he know her name?

It's not a spoiler to say that Molly suffers from dissociative identity disorder (which used to be known as multiple personality disorder or split personality). But, Molly doesn't know that. All she knows is that she has strange blackouts, has seen a psychiatrist since she made an offhand remark about not always wanting to live, and that she's beginning to have flashes of memories that feel out of place. Nobody is willing to tell her what they know about what's going on.

Molly's alternate personality is Mabel. Mabel is letting Molly slowly piece together her memories. But, as Molly puts together the puzzle of what's happened during her blackouts, she must also deal with the fact that Mabel was in love and now Molly is left grieving for what she once had and has lost.

I loved The Half Life of Molly Pierce partly because I've never read a work of fiction with a heroine suffering from this particular mental illness. It made for interesting reading, rather like a mystery but one that addresses some serious mental health issues in a digestible manner. I don't read a great deal of Young Adult fiction but when I do I'm reminded that YA novels often do a tremendous job of tackling serious issues and making the reader think without bogging one down in too much superfluous detail. That's definitely the case with The Half Life of Molly Pierce.

The only thing I didn't like about The Half Life of Molly Pierce was the ending. While I didn't love how the story ended, I have a feeling I know why the author made that choice. I would have personally chosen the more dramatic (and, therefore, more entertaining) option, but it still worked for me. I'll hide how the book ends because it's a spoiler.  Highlight if you're curious but convinced you won't read the book right away . . . or if you're not afraid of spoilers . . . or if you're not planning to read the book. Whatever.

Multiple personality disorder is a condition that is generally caused by a serious trauma and I expected the author to reveal the trauma Molly went through to cause her to dissociate. Molly was not a typical patient, though, so what you might expect to be a big reveal is, instead, a big let-down.

Highly recommended - While the ending was disappointing, I thought The Half Life of Molly Pierce was well-written, compelling and the author did an excellent job of tackling a mental health issue that I haven't read about in quite some time in a palatable way, so I still highly recommend it.

And, in kitty news:

I've been working on cleaning, purging and organizing my library-slash-office for over a week, now and naturally the kitties have spent a great deal of time hanging out with me. There has been much feline cuteness. 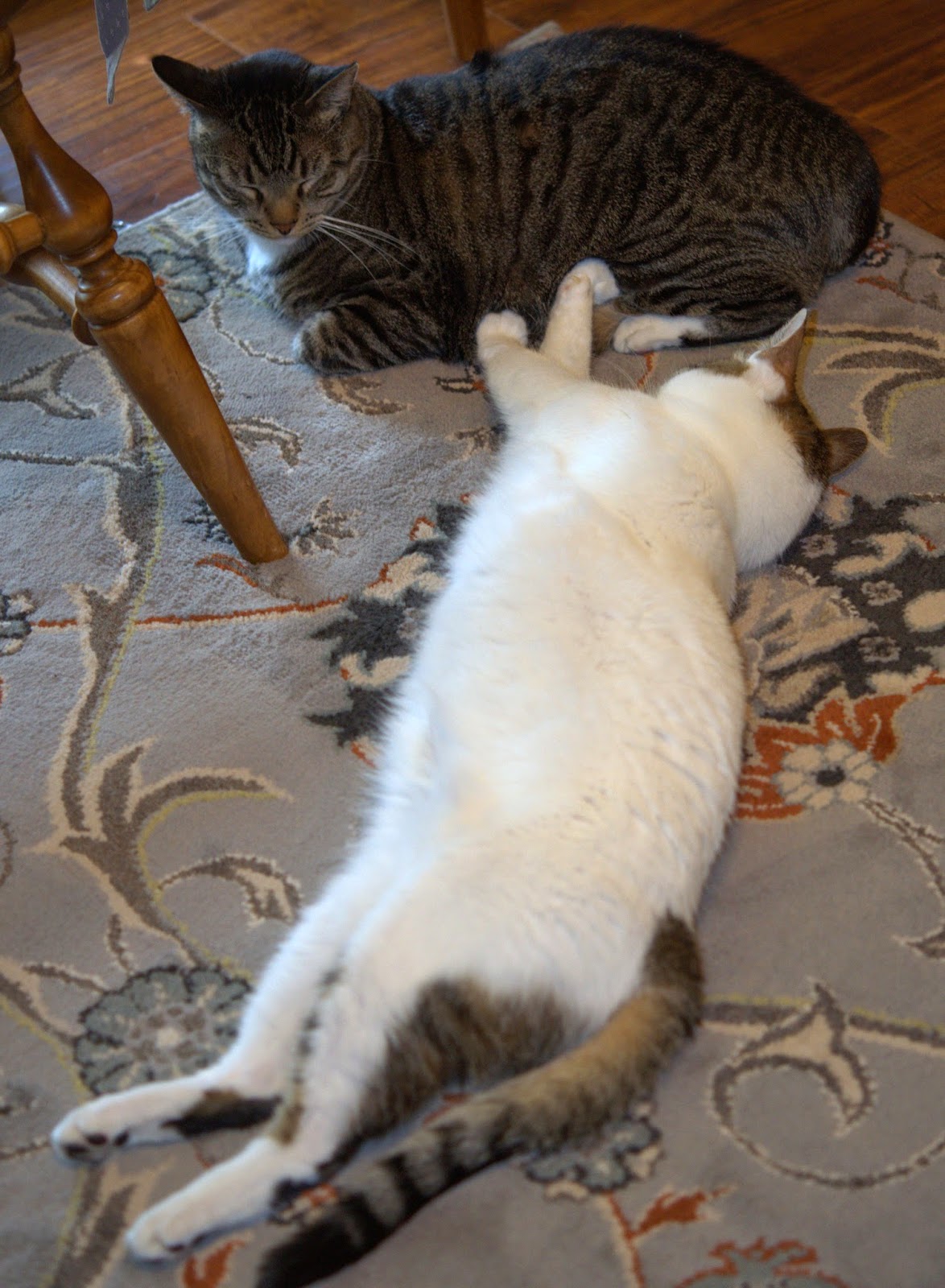 ©2014 Nancy Horner. All rights reserved. If you are reading this post at a site other than Bookfoolery  or its RSS feed, you are reading a stolen feed. Email bookfoolery@gmail.com for written permission to reproduce text or photos.
Posted by Bookfool at 6:05 AM