After writing that last post, I realized there was no recent read left that I thought needed even mini review treatment, although a couple of the books I neglected throughout the year really should have gotten reviews fresh from the reading. I'll mention those when I get to them.

Don't Even Think About It: Why Our Brains Are Wired to Ignore Climate Change by George Marshall is a book not so much about climate change and the stats that prove it but how people think about it, what makes them prone to denial or understanding, and why certain circumstances make it more likely that they won't connect an event to climate change. An excellent, thought-provoking book that I thought about for so long I didn't get around to reviewing, this is probably one of two books I seriously regret not getting around to saying anything about. It's more psychology than climate science. While the author approaches both sides and does his best to stay neutral, he falls clearly on the side of the 97% of scientists who are convinced that climate change is going to kill us all (he's not shy about saying so) and describes climate scientists as a gloomy lot, because they anticipate their doom. This one deserves a reread. It's a 5-star book. 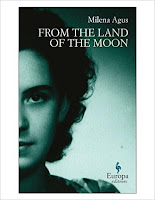 From the Land of the Moon by Milena Agus is a Europa translation with a surprising ending, so twisty as to be baffling. I found another reader to discuss with and we were uncertain what actually happened in the end but it appeared that the narrator was unreliable and the ending cast the entire story into doubt. I'm glad I read From the Land of the Moon but it was definitely a head trip.

1914 and Other Poems by Rupert Brooke is one of the few books I don't remember all that well. I knew of Rupert Brooke as one of the war poets but as far as I can recall, the book was not composed entirely of war poetry. As with most poetry, some of it made sense and even resonated, some was either baffling or simply beyond my understanding, some I liked and some I did not. In the end, I'm guessing I didn't have much to say about it and that's why it ended up unreviewed, but I'm always happy to have read a volume of poetry because I love trying to engage with an art form that is powerful due to the careful and precise use of wording, whether I get it all or not.

The Secret of Raven Point by Jennifer Vanderbes is a book I read while on vacation, a WWII story about a nurse, her patients, and a doctor for whom she has feelings she must keep to herself. When I read this book, I really enjoyed it but I was shocked how quickly I forgot what it was about. To this day, I can't remember the details. But, I have to wonder if that has to do more with travel fatigue than the content of the book. At any rate, I know I enjoyed it. I just don't remember much about it.

The Guernsey Literary and Potato Peel Pie Society by Mary Ann Shaffer and Annie Barrows was, of course, the hot book about 5 years ago. Maybe longer, I don't know. At any rate, I put off reading it for ages and I don't know why. I finally got to it in 2016 and, like everyone else, I loved it. I found the story of the group of Guernsey island inhabitants who use a book club as cover for their activities charming, sometimes funny, but at the same time fiercely real. It's a rare book that can be funny, serious, and deeply moving. I opted not to review the book because everyone else already reviewed it but if there's anyone left out there who hasn't yet read The Guernsey Literary and Potato Peel Pie Society, quit putting it off.

Flora and Ulysses by Kate DiCamillo is a book I bought and had autographed - or maybe just bought autographed - at our local book festival. I got to hang out with blog friend Brittanie during the author's hilarious question/answer session and then came home and gobbled down Flora and Ulysses, that night. It's the story of a squirrel who is sucked up by a vacuum cleaner and when he does, he gains the ability to write poetry. But, he really wants to be a superhero. Funny, cerebral, and heartwarming (although not my favorite by the author). Kate DiCamillo is a gifted storyteller. I can't imagine not liking anything she has ever written or will write. 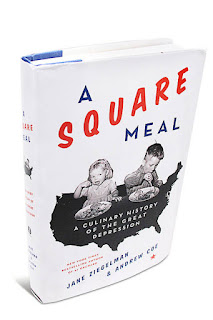 A Square Meal: A Culinary History of the Great Depression by Jane Ziegelman and Andrew Coe is one of the best works of nonfiction I read in 2016 and I feel awful about not reviewing it. You should see my copy; it is chock full of colorful flags. I still think about it regularly. It's particularly relevant because a great deal of what was done during the Depression with the back-and-forth about social programs and whether or not people were becoming too dependent upon handouts and should only get seeds to grow their own food . . . similar things are being done, today, with the whole "Pull yourself up by your bootstraps and stop depending on SNAP!" thing. I had no idea, actually, about the bread lines being as controversial as the distribution of food to families, nor did I ever contemplate the fact that it was always the men standing in food lines. Funny that I never noticed that. I also gained a new admiration for farm wives of that time period and learned a lot about how home economists led changes in the way we live and cook.

I need to find my copy and pull some quotes from this one. It's a crime that I didn't get to it, honestly, particularly given its application to the way we're still bickering about whether or not people living in poverty should be served by food programs. If you have any interest at all in the Great Depression, A Square Meal is a marvelous resource and a fascinating read.

Part 2 is coming up.

©2017 Nancy Horner. All rights reserved. If you are reading this post at a site other than Bookfoolery  or its RSS feed, you are reading a stolen feed. Email bookfoolery@gmail.com for written permission to reproduce text or photos.
Posted by Bookfool at 2:00 PM