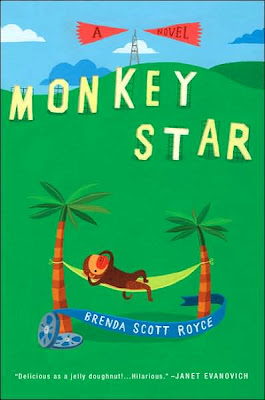 What led you to pick up this book? The author, bless her heart, read that her first book, Monkey Love, was one of my "smile inducers" in 2007 and that I'm on a book diet . . . and sent me a copy. I love authors. Thank you, Brenda!

Summarize the plot but don't give away the ending. The second book about Holly Heckerling, Monkey Star begins with Holly in a tight spot. Low on money, behind on her rent and unsure about her relationship with boyfriend Tom, Holly agrees to fly from New York to California, where her best friend Carter needs Holly to step in as her Lamaze coach. Carter's husband Danny -- Holly's former stand-up comedy partner -- has landed a part in a romantic comedy film and invites Holly along to the set, where she ends up working as an animal trainer. When the film's leading man takes interest in Holly and money begins to roll in, she starts to wonder if she belongs in Hollywood instead of New York.

What did you like most about the book? I love, love, love the characters. They're unique and quirky. Brenda Scott Royce has a terrific sense of humor and endows all of her characters with unusual, hilarious traits that are (for the most part) believable, if sometimes a little over the top. Maybe it's even the over-the-top aspect that makes them so realistic.

What did you think of the characters? Wait! Didn't I just . . . okay, yeah. I love them. There's an echo in this room. Well, let me just say this . . . I adore Holly's goofy, extended family. The only thing I hate about them is that I want to adopt them all and I can't have them. They're fictional, for one thing (always problematic).

Share a favorite scene from the book: I loved the part in which Holly was stuck in her milk door, particularly when help arrived and she was being tugged at one end and and pushed on the other. Plus, if you like reading about a few good heart-throb male characters (and I do), it's doubly joyful.

In general: Loads of fun. The New York City setting is so wonderful that I was kind of disappointed when Holly flew out to California and stayed there, although it really didn't detract from the story, apart from stretching the suspension of disbelief a bit (the movie star bit). I'm so fond of the characters that I'd probably even enjoy a Holly Heckerling story set in . . . say, Arkansas . . . if it involved Holly, her crazy relatives and her friends. And, any author would be pushing it to set a book in Arkansas.

4/5 - Slightly slow development at times, but overall an excellent contemporary read, definitely above average for the uniqueness of its characters. I would highly recommend this book for people who enjoy light, contemporary fiction that will occasionally embarrass you if you read it in public (you know, the snort thing . . . like when you read a Janet Evanovich or a really good Bill Bryson in a waiting room without a TV--although, I'm pretty sure there is no such thing, anymore, as a quiet waiting room).

Added to the reading list, today: Cotillion by Georgette Heyer

Why do I torment myself by balancing so many books? I'm fickle. And, maybe just a little on the ADD side. But, you knew that, right?

Weather report: Save us!! The weather in Vicksburg has been utterly, completely hideous. Kiddo had a day off from school, yesterday, thanks to a power outage caused by Tuesday's storms. Today, he returned to school but deputies were directing traffic because much of the power was still out, including the traffic lights . . . and it stormed, again. One of Will's classes had to be moved to a room with working lights and then a tornado watch meant they had to duck out of another. On the plus side, his day off gave us a little extra time to fetch things from Hobby Lobby (in Jackson) for a project we'd done a bad job of helping him toss together. There, I'm ending on a positive note. Go, me.

Where the heck have the wahoos gone? Oh, sorry. a) I'm forgetful and b) the weather has been so awful for so long that I haven't taken more than a dozen photographs in the past two weeks -- and they were all photos of book covers and the new car. I just feel silly wahooing without any photographs. Pray the weather changes, soon, if you're craving a wahoo post.

This photo makes me happy: 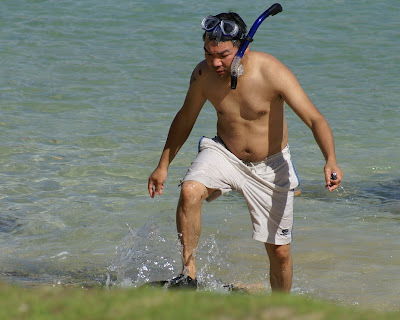 And, this man obviously played chess before, um, "The Incident". His relatives still talk in hushed tones and scorn boards with squares upon them: 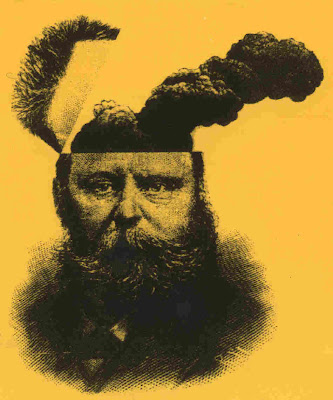 Bookfool, whose head periodically feels explosive for reasons other than deep thinking
Posted by Bookfool at 11:12 AM