Weekly Reading Update #3 - Including mini reviews of Juniper Berry, Lord and Lady Spy, and Horoscopes for the Dead

This photo has absolutely nothing to do with my weekly reading update. I just thought it was cute. 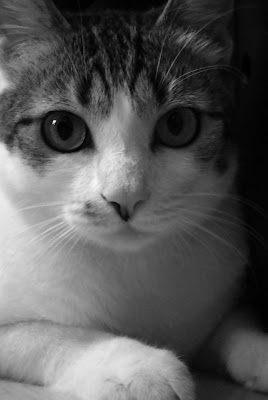 This past week was a pretty good reading week! Happy am I! I finished reading 4 books.

Juniper Berry by M. P. Kozlowsky (Fiction; ages 8-12) is a book about a young girl who used to have a lovely life with her actor parents. Then, they became extremely famous (Jolie-Pitt famous), moved to a massive mansion, began to take less and less interest in her and finally became distant, angry, muttering strangers with no time for their daughter. When Juniper meets a young neighbor whose parents have gone through exactly the same thing, they decide to investigate. What they find involves a tree, a whole lot of balloons, lost souls, glowing bugs and an evil bad guy. I thought Juniper Berry started out terrific, went downhill and then ended on a decent note. It's not a favorite but it definitely would have qualified for the RIP VI Challenge, if I'd bothered to sign up . . . which I haven't done. But I still intend to, if it's not too late.

Lord and Lady Spy by Shana Galen (Romantic Historical Fiction) is not quite what I expected. I figured two spies married to each other would mean lots of adventurous spying, maybe a bit of Mr. & Mrs. Smith: Regency Style. Unfortunately, the book begins with a little spy action but quickly becomes a murder mystery involving the Lord and Lady competing with each other to try to win a spot in their former spy agency, which has mostly disbanded. Whilst trying to one-up each other (comparing the number of bullet scars) and trying to repair their floundering marriage (mucho graphic sex), they work on solving the mystery. Eventually, the storyline improves a bit, but this particular book was a little shy on the type of action and adventure I'm accustomed to in a Shana Galen book. It was only my love of her action scenes that kept me going. I'd particularly recommend this one to the romance crowd. I like a little chaste romance but I mostly read Galen's books for the action.

Horoscopes for the Dead by Billy Collins (Poetry) - Oh, how I love Billy Collins. I bought this slim volume of poetry at Borders. It was absolutely my most exciting find (although I found a lot of great books . . . maybe a few too many for the budget). I've already mentioned this book in last week's Fiona Friday post -- about how I admire the way Collins can turn something ordinary into a funny, witty, meaningful bit of poetic genius.

Take, for example, "What She Said". Here is how it begins:

When he told me he expected me to pay for dinner,
I was like give me a break.

I can't imagine anyone reading that and not breaking out in a grin. I absolutely loved Horoscopes for the Dead and gobbled it down in a single evening. It's definitely one for the keeper shelves. Wouldn't you know, my eldest has already dropped a hint that he'd be happy to take it off my hands! Um . . . gift idea?

The other book I finished will not be released till October 1 and the title wouldn't fit up there in the subject line because I already pretty well bogged it down. But, if you must know, it's a children's book entitled The Busy Life of Ernestine Buckmeister and I'll definitely review it when the time comes.

The Lost Wife by Alyson Richman (Historical Fiction/WWII) - The story of a Czech couple separated at the beginning of WWII and reunited in the United States, many years later. Married but separated when she refuses to leave her family, his letters are returned and he assumes she was killed in a concentration camp. She reads his name in the list of dead when the boat he was taking to Canada from England is torpedoed. I will probably finish this book tonight or tomorrow and then I'll let you know what I think, next week!

I haven't picked up any of the other books currently in the "Now Reading" section of my sidebar for at least a week. Oh, no, that's not true. I still occasionally read a few pages of Haiku Mind. But, my friend's manuscript and Jamie Durie's The Outdoor Room ended up at the bottom of my bedside pile, this week, and I let my whims take over my reading, as is often the case when I'm slumpy. I plan to focus on those two, soon. I took How to be a Domestic Goddess by Nigella Lawson out of my sidebar because that cupcake cover was making me hungry, but I'll keep hacking away at it because I do have the desire to become more domestic and I am just crazy about Nigella Lawson's chatty, relaxed writing style.

In other news, we only got about 6" of rain from Tropical Storm Lee -- definitely on the low side of predictions and the rainwater soaked in pretty nicely because we've had a lengthy drought. We have enjoyed the cool front that came along behind the storm. The cats are ecstatic about being able to sit in open windows, sniffing the outside smells.

How have you been doing, this week?

©2011 Nancy Horner. All rights reserved. If you are reading this post at a site other than Bookfoolery and Babble or its RSS feed, you are reading a stolen feed. Email bookfoolery@gmail.com for written permission to reproduce text or photos.
Posted by Bookfool at 7:25 PM