The Coldest Night by Robert Olmstead 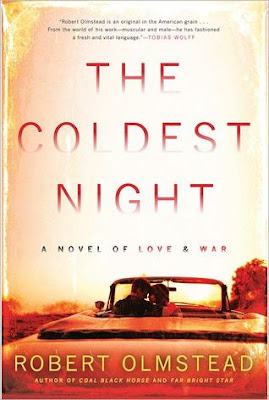 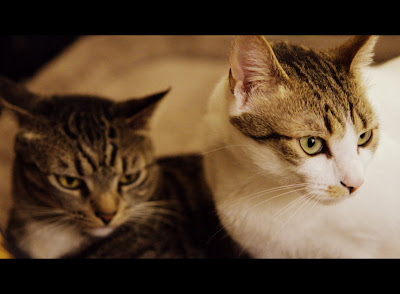 I emptied a jam cabinet that used to sit in our entryway but somehow ended up getting shoved up against some bookshelves. It contained little more than books, CDs and a few miscellaneous trinkets. Most of the books went straight into a donation bag, but I stopped to read a tattered copy of M*A*S*H by Richard Hooker (the novel that became the movie and then a series) and couldn't put it down, Friday night. It was a perfect read -- the complete story of Hawkeye and Duke's time in the Mobile Army Surgical Hospital unit, from the time they drive to the 4077th M*A*S*H to when they say goodbye, stateside.
Then, yesterday, I had to dig in my donation bags for entertainment when I made the mistake of leaving the house without one of my current reads. I started reading a beat-up copy of The School of Essential Ingredients by Erica Bauermeister that the United States Postal Service quite nearly murdered (but which I've since replaced, after a year of trying to flatten it out by weighting it beneath a large stack of books failed). So, now I'm 70 pages into my ratty but readable copy of Essential Ingredients, halfway through The Paper Garden by Molly Peacock, about a third of the way into The Lola Quartet (which is, I admit, frustrating me), carrying my poetry book, Light on the Concrete by Lucas Hunt, everywhere (except the restaurant, when I was so desperate I went digging in the donation bags) without reading more than 3 poems at a sitting and still occasionally glancing at the Titanic book to tell it, "Later, later."
My reading life is definitely not boring. How was your weekend reading?
©2012 Nancy Horner. All rights reserved. If you are reading this post at a site other than Bookfoolery and Babble or its RSS feed, you are reading a stolen feed. Email bookfoolery@gmail.com for written permission to reproduce text or photos.
Posted by Bookfool at 1:06 PM