On our third day in London, we went to Greenwich, partly because we wanted to go to the antiques market, which is much like Portobello Road but on a dramatically smaller scale. The market turned out to be a bit of a dud, I suppose because March isn't peak tourist season and, thus, there were only a handful of vendors. But we love Greenwich, so that was no big deal. 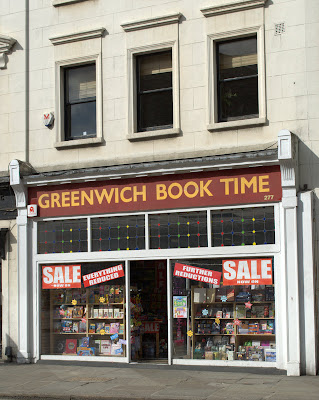 You know I'm going to tell you I went into that store. Of course I did. But, I only bought one book: A Fighting Spirit by Paul Burns!!! Just one!!! I will not tarnish my halo by telling you how I managed to limit myself to one book. 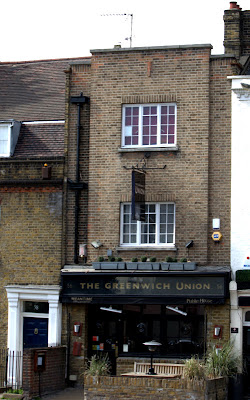 The first thing we did in Greenwich was trudge off to search for a pub Huzzybuns had read about, The Greenwich Union, and we found it easily but discovered it was too early for lunch, in spite of the fact that we got a late start (thanks to our first late evening at the theatre). So, we took a nice, long walk up through the park above the observatory, stopping to take the occasional picture of the clouds, a weather vane shaped like a ship, a church spire, the city. 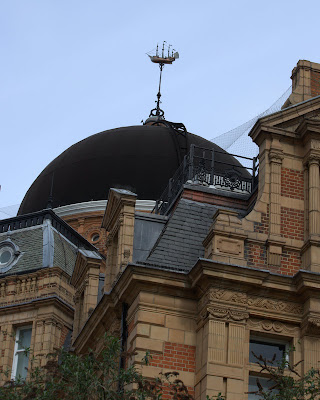 It was also a good time and place to practice with the fisheye lens because there weren't many people around. I've never seen so few people at the observatory. 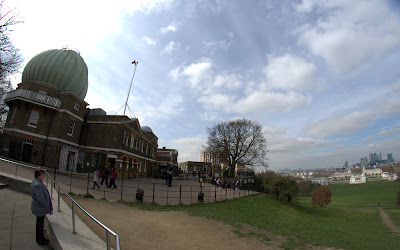 Although the observatory museum is interesting, we've been there and have photos of our feet in two different time zones (one of those obligatory tourist photos, haha) so we just walked around in the open areas.
I was looking at some daffodils through the viewfinder of my camera (while moving -- a very blonde thing to do) outside the observatory when I stepped a little off the path and pitched forward, toward the daffodils I was getting ready to photograph. Huzzybuns grabbed my coat and I put out a hand, so between the two of us we managed to keep Bookfool from flattening the flowers. Peripherally, I noticed that the security guard jumped just a bit and I wondered if he was going to rescue me or chew me out if I fell into the garden. 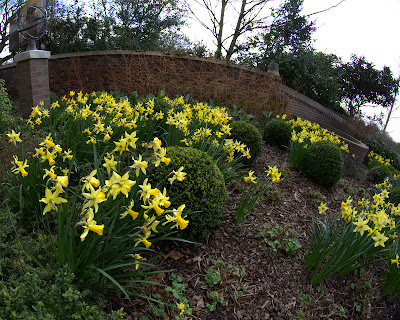 Sometimes it's very entertaining being a klutz.
We heard this little fellow singing in Greenwich (author Bob Tarte, who is an avid birder, kindly informed me that it's a robin) and I must admit that his portrait turned out to be one of my absolute favorite Greenwich photos. 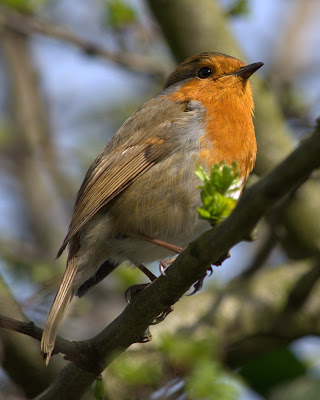 After we'd walked around for an hour or so, we headed back to the pub. I had aubergine (eggplant) and mozzarella lasagna with a half pint of cider. I thought I'd died and gone to heaven. It was the most cheesy, melty, wonderful thing. I drool just looking at the photo. 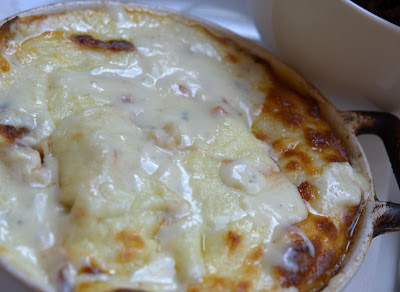 I even drank all my hard cider. Boy, was I stuffed. Definitely try The Greenwich Union if you're ever in the London area. 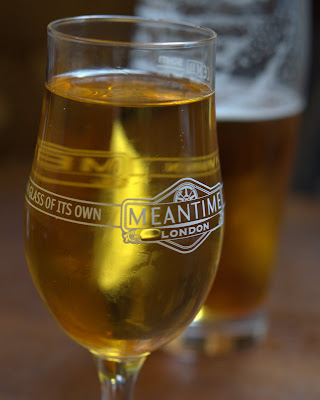 We roamed around town a good bit and then returned to the Sloane Square area to wander and pick up our supper. In the evening we saw Lang Lang, a Chinese pianist, play at the Royal Albert Hall. You're not supposed to take photos in the Royal Albert, but after the concert ended, everyone started snapping away. 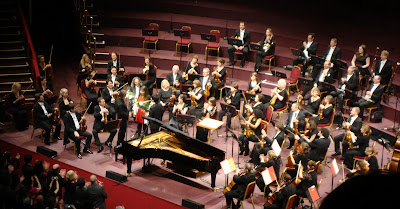 This is just a point-and-shoot shot because we didn't take the nice D-SLR along, so it's heavily cropped and kind of sucky, but whatever. Lang Lang is standing by the piano, with flowers in his arms. I would have been perfectly happy if the orchestra had kept right on playing without him, but he's pretty impressive. The critics kind of hated him. He's a bit showy. I didn't mind that. I just closed my eyes and listened. We were too far away to see much, anyway.
Greenwich is always relaxing, so it was a low-key day. I took a lot more pictures of daffodils and one of those is the shot I used to make my little Easter egg photo at dumpr.
©2012 Nancy Horner. All rights reserved. If you are reading this post at a site other than Bookfoolery and Babble or its RSS feed, you are reading a stolen feed. Email bookfoolery@gmail.com for written permission to reproduce text or photos.
Posted by Bookfool at 2:02 PM