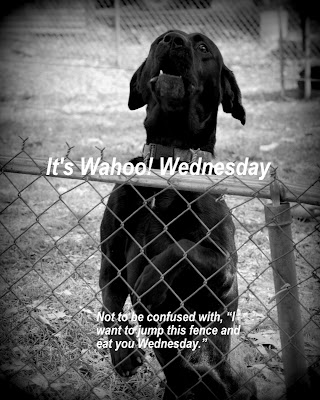 For those who are unfamiliar with Wahoo! Wednesday, it is a feature that I had going at my blog for several years. At some point, I found that I was mentioning really ridiculous things or repeating myself and decided to ditch this feature. Lately, I've been missing it. I may not wahoo absolutely every week, but I plan to try. It's good to reflect upon things worth shouting, "Wahoo!" about.
Things worth wahooing about in my household, this week:
1. Books! Wahoo! for books - Naturally, that had to come first. There have been some extremely exciting arrivals, lately. I've got one special set that I'll devote an entire post to, soon (4 books that go together -- the ultimate in cool; you'll love 'em) but for now I'll stick to those that have most recently walked in the door and begin with the most exciting: 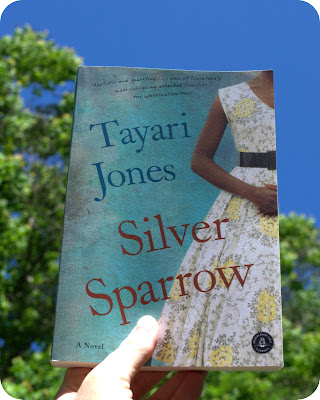 Wahoo! Silver Sparrow by Tayari Jones has been on my wishlist for a while and it's been lurking in my mind, since I started thinking that I need to read more books by people from different countries and/or of different colors or ethnicities. It recently occurred to me that I seem to read an awful lot of books by white people. So, even though I have been excited about every other book that's walked in my door, lately, the unexpected copy of Silver Sparrow that arrived from Algonquin Books, yesterday, is the one that got the loudest squeal of delight! Thank you, Algonquin!!
Other arrivals:
All Woman and Springtime by Brandon W. Jones - from Algonquin (I'm currently reading this one)
An Uncommon Education by Elizabeth Percer - from Harper
The Uninvited Guests by Sadie Jones - from Harper
Lost on Planet China by J. Maarten Troost - from Paperback Swap
Secret Heroes by Paul Marten - from Harper
The Bond by Wayne Pacelle - from Wm Morrow
A Wedding in Haiti by Julia Alvarez - from Algonquin
The Cove by Ron Rash - from Ecco for TLC Tour
A Sense of Direction by Gideon Lewis-Kraus - from Riverhead Books
The Neruda Case by Roberto Ampuero - from Riverhead Books
Johnson's Life of London by Boris Johnson - from Riverhead Books
The Wild Trees by Richard Preston - from Paperback Swap
That's about 3 weeks' worth . . . just so you know I'm not in the midst of a huge requesting frenzy, here (although I look seriously guilty, don't I?) Oh, and Algonquin sent me a finished copy of The Coldest Night by Robert Olmstead, which is all kinds of awesome because I loved it and wanted a permanent copy. He's going to be at Lemuria Books in Jackson, tomorrow. I'm hoping I can go see him. I'm missing Ron Rash, tonight, because I can't get there in time. Actually, let me stop to take a shower, since I've typed a few sentences just after walking in the door from the gym . . .
I'm back! And, I smell good, so . . .
2. Wahoo! for running water and soap - I can never get too much of that clean and shiny sensation.
3. Wahoo! for Kiddo - After two years of waffling about what he wants to do for a living (while attending a nearby community college), he has finally chosen a major university to attend in the fall and has a plan!! Wahoo!
4. Wahoo! for cooler temps - And, on that note, I'm going to go do some planting. 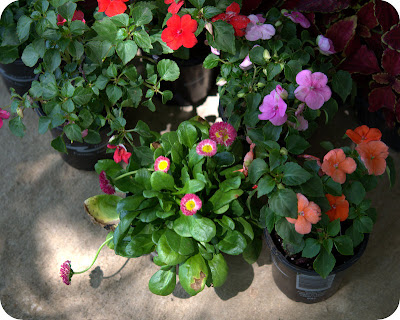 I can think of plenty more things I could wahoo about if I didn't need to do my digging while it's cool, so I do believe I'll wahoo again, next Wednesday.
Happy Wednesday! What do you have to wahoo about, today?
Bookfool, about to dig in the dirt . . . very wahooey
©2012 Nancy Horner. All rights reserved. If you are reading this post at a site other than Bookfoolery and Babble or its RSS feed, you are reading a stolen feed. Email bookfoolery@gmail.com for written permission to reproduce text or photos.
Posted by Bookfool at 4:13 PM