Somewhere in France by Jennifer Robson 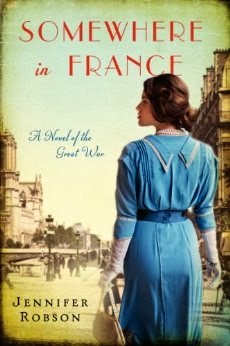 Somewhere in France by Jennifer Robson is the story of Lady Elizabeth Neville-Ashford, aka "Lily" and it is historical fiction but the main storyline is a romance (fair warning for those who dislike romantic themes). I don't mind a bit of romance in a storyline, provided the story is well written. Fortunately, Somewhere in France is very good.  Set just before and during WWI, Lily's story begins at a dance where her mother is trying to steer her toward marriage with an acceptable man from her class. The only man who has ever really sparked her interest, though, is a Scottish doctor with a downscale background, Robert Fraser or "Robbie". Robbie works at a London hospital and he's friends with Lily's brother.

When WWI begins, Robbie immediately signs up to work on the front lines. Lily writes to him but she wants to be a part of the war effort and not by merely rolling bandages while remaining in luxury. She wants to become a nurse.  Her parents, however, are staunchly against her involvement in something so disgusting as nursing.  At this point, I was naturally thinking of Downton Abbey's Sybil. But, the way the author chose to portray Lily's struggle is, in fact, far more realistic than Downton's.  She is not able to get into nursing school and has to take one surprising job followed by another in order to get by.

I won't tell you any more about the storyline for fear of spoilers but I will tell you that I was surprised by Somewhere in France in many ways. First of all, Lily's experience has the ring of truth. When she's cut off by her family, nobody else comes along to sweep her back into comfort.  She has to work hard to get by.  Second, it takes her years to reach her goal and when she does the reality is dirty and stinky, dangerous and horrifying. But, like the real women of WWI who bucked up and got on with it, Lily refuses to back down. She's made a decision to do something very specific and she is not going to be dissuaded from it, regardless of the consequences.

Highly recommended - I was not surprised to find that the author has spent some time in France, when I got to the end of Somewhere in France as the settings were so very, very believable.  A gritty, realistic story with romance at its core, a heroine worth rooting for and exceptionally described settings. I found Somewhere in France highly compelling once I got into it. Near the beginning, I was hesitant because the main storyline was clearly a romantic one and the occasional years-long leap startled me but the book was so much more real than many I've read that it eventually yanked me in and held me hard.

Since I've been asked . . . another Christmas photo, this time Izzy in a cocktail dress (she was completely paralyzed by the horror - she just has a sweet face),: 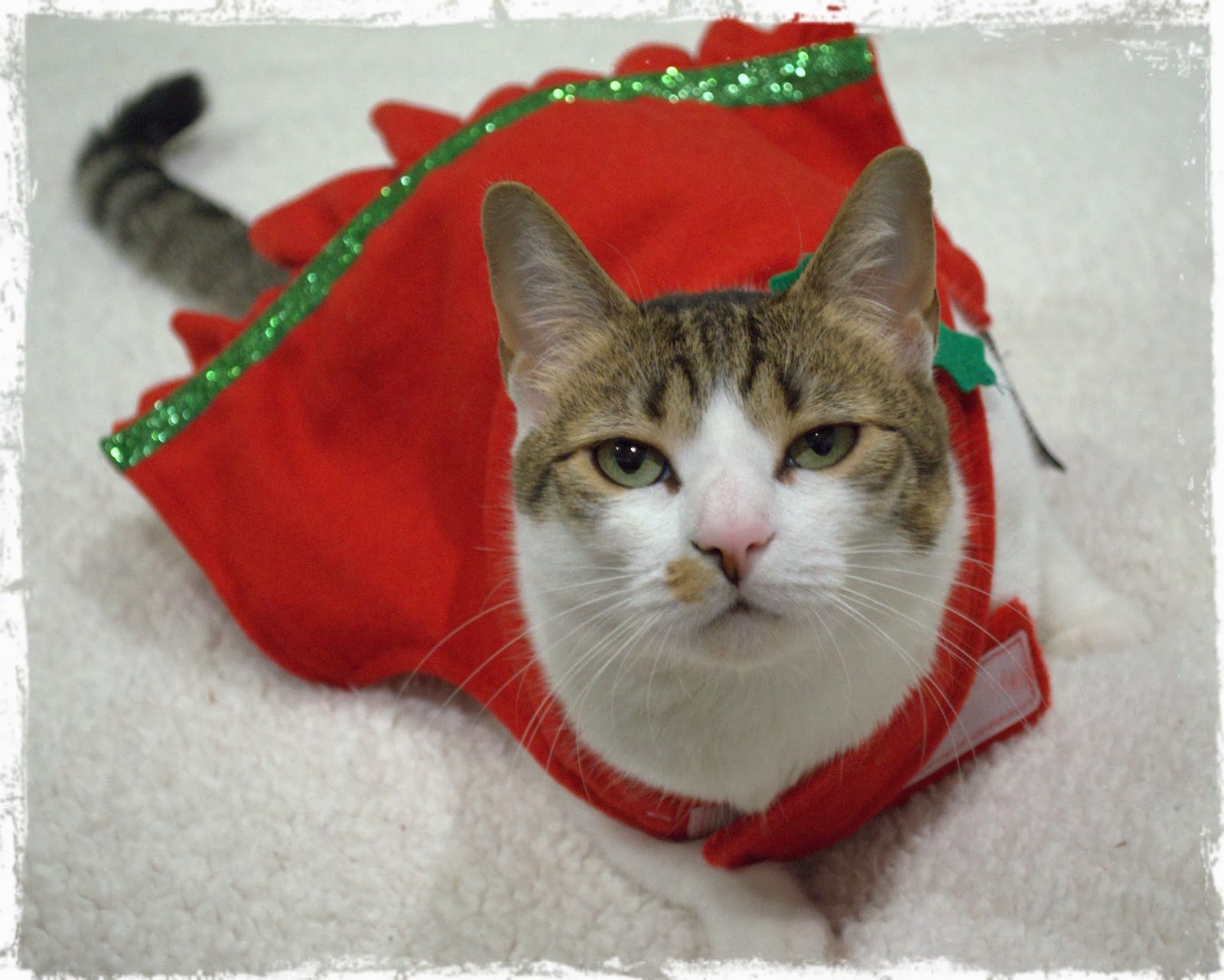 ©2014 Nancy Horner. All rights reserved. If you are reading this post at a site other than Bookfoolery  or its RSS feed, you are reading a stolen feed. Email bookfoolery@gmail.com for written permission to reproduce text or photos.
Posted by Bookfool at 2:23 PM